Bollywood actress, Raveena Tandon had adopted two daughters, Pooja and Chhaya, when she was 21 years old. Check out as she celebrates Pooja's birthday!

Back in the 90s, adopting a child was considered taboo in India. The process of adopting a baby came with unwanted filthy questions from society and the media. Despite that, many popular celebrities had opened their hearts and homes to children and successfully adopted them at the young age of 20-something. From Sushmita Sen to Mandira Bedi, these women became an inspiration to many single mothers. Another celebrity, who had adopted two daughters, Pooja and Chhaya, at the age of 21 is Raveena Tandon. More than a mother, she became their sister and taught them the good values of life.

Chhaya and Pooja were daughters Raveena’s distant cousin, who had died when the kids were young. The actress had brought the girls home and had taken their responsibility. Post her marriage to Anil Thadani, Raveena’s family got complete with the arrival of her biological kids, Ranbirvardhan Thadani and Rasha Thadani. Raveena’s biological kids share a warm bond with her adopted girls, and it's a magical feeling for the actress to be a mother of four.

Recommended Read: Sania Mirza Discloses About Her First Love And It's Not Her Husband, Shoaib Malik Or Son, Izhaan 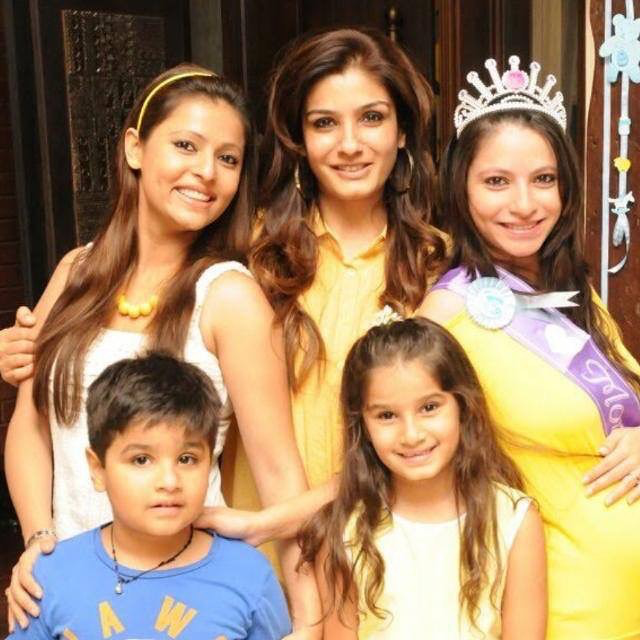 On July 6, 2022, Raveena Tandon’s adopted daughter, Pooja turned a year wiser and to wish her, doting mommy posted an array of pictures on her IG handle. In the first picture, we can see Rasha and Pooja’s childhood picture, as they posed gracefully for the camera. The other pictures featured different stages of Pooja’s growing-up years. In one of the perfect family portraits, we spotted Raveena sitting on a sofa surrounded by all her four kids. Alongside it, Raveena penned a sweet note for her daughter, Pooja, who is herself a newbie mommy. She wrote:

“Happy happy birthday my beautiful, strong, stunning baby! @meghnamalaney you make me so so proud! You inspire me in every way! I see you as the proud mom, that you are, the thoughtful daughter, loving sister@and a self made successful entrepreneur . Have a Great birthday baby and an even better year!! We miss you!!” 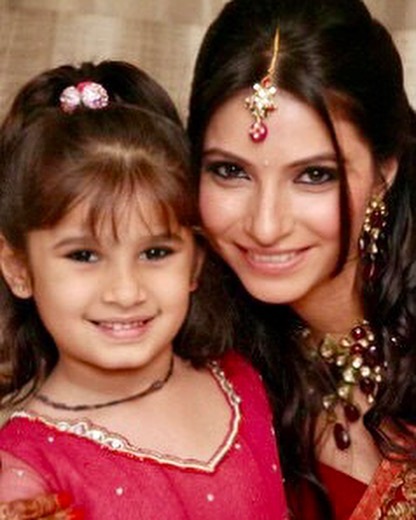 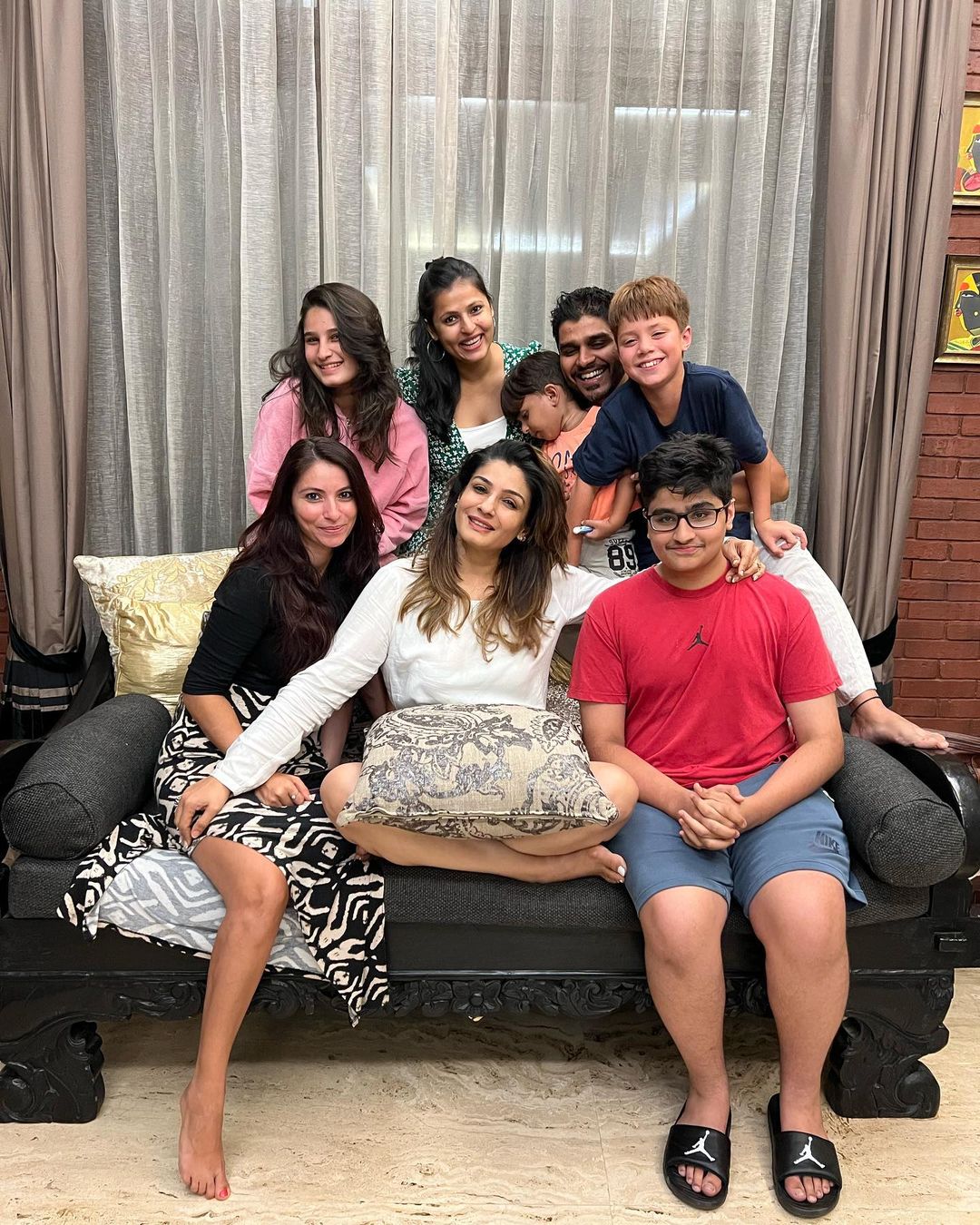 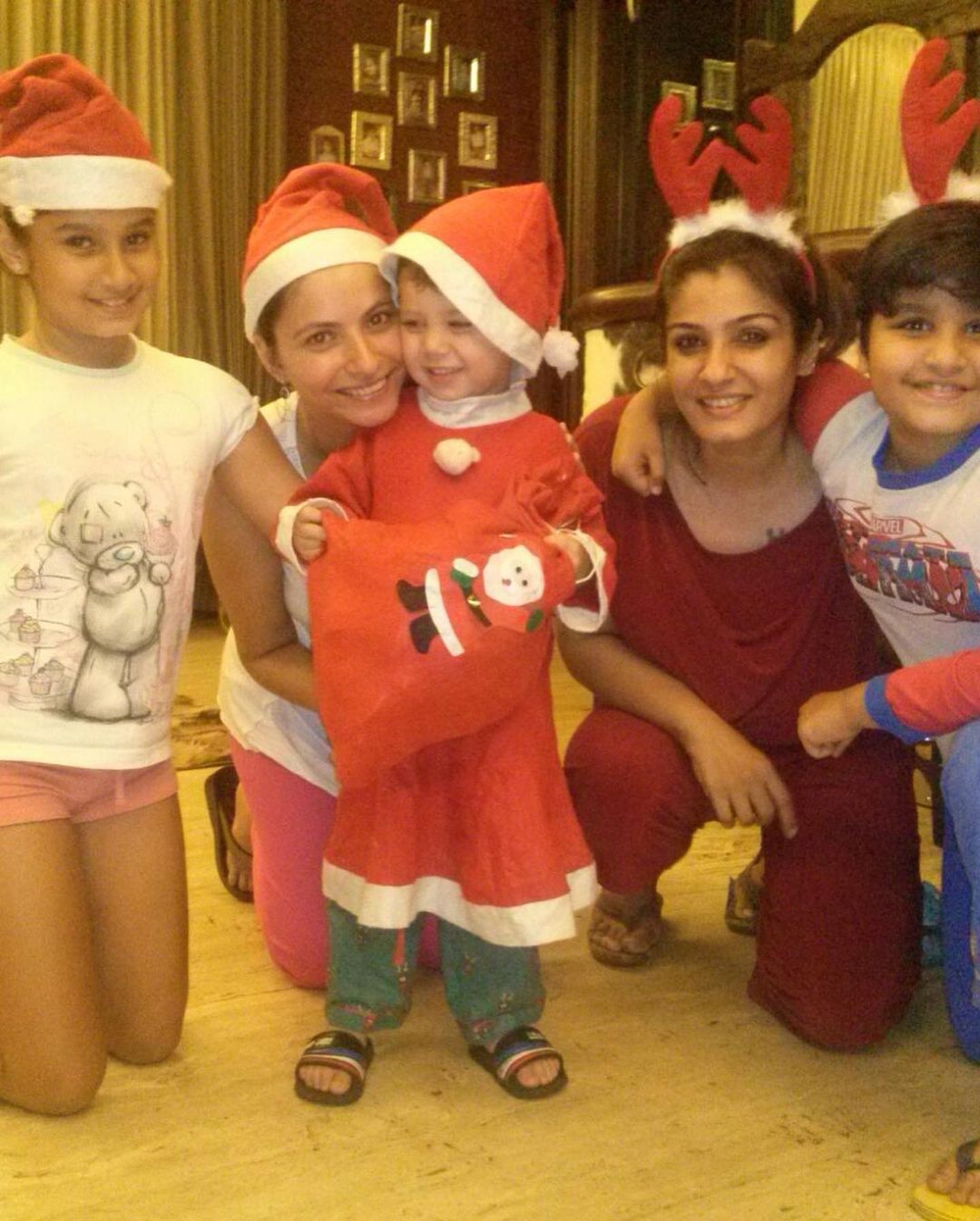 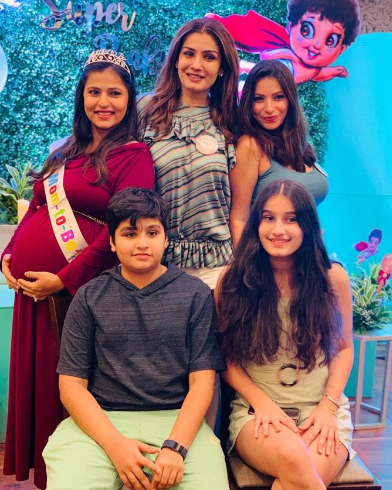 Not only Raveena, even her biological daughter, Rasha Thadani, shared some unseen pictures from her memory trunk. Taking to her IG stories, Rasha posted cutesy pictures with her didi, where she is seen hugging Pooja with utmost love. Atop the photographs, she penned: Earlier, in an interaction with RJ Siddharth Kannan, Raveena Tandon had talked about why she had adopted her daughters, Chhaya and Pooja, secretly and blamed the media at that time. Stating that the tabloids would write nasty stuff about her daughters and might even accuse her of having kids while still being unmarried, Raveena said:

“Initially, it was that era of tabloidism and yellow dirty journalism. There were these hardcore writers who were just writing nasty stuff and headlines were nasty. In those days, a scandal could be created out of anything. When I did adopt the girls, initially, I did not talk about them at all, till they passed their 10th standard and after that, they started hanging out with me on my shoots. Then, everyone started asking, ‘Who are these girls?’ And I would start telling them this is how it is." We love Raveena Tandon’s motherly side! Here’s wishing a happy birthday to Pooja.

Next Read: Radhika Pandit Posts A Frame Worthy Picture With Her Hubby, Yash And Their Kids, Ayra And Yatharv