Rashmi Gupta of 'Guddan Tumse Naa Ho Paayega' fame opens up on her ex boyfriend, who had cheated on her and had dumped her because of her 'acting' profession. Scroll down to know more!

Being in love is the most beautiful experience! But when you give your heart to someone, you give them the permission to break it. There are times when we end up with wrong people, who tend to ruin our experience of a 'love'. Getting your heartbroken is an inevitable part of being in love. And Guddan Tumse Naa Ho Paayega fame, Rashmi Gupta had gone through a similar phase of broken heart when her ex-boyfriend dumped her for her professional choice of being an 'actress'. (Recommend Read: Shah Rukh Khan And Wife, Gauri Khan Twin In KKR Masks As They Appear For IPL Match With Aryan Khan)

For those who don't know, Rashmi Gupta is famous for essaying the role of 'Saraswati Jindal' in Guddan Tumse Na Ho Paayega. In an interview with Iwmbuzz.com, Rashmi had shared how acting in television has honed her talent. She had stated that the industry has changed her not only as an actor, but also as a person. It is also because she had been playing dynamic characters. Rashmi had further shared that she loves playing challenging roles. 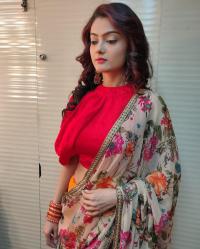 Recently, in an interview with SpotboyE, Rashmi opened up on her past relationship. It is been two years since her breakup, but she hasn't yet forgotten the pain and doesn't wish to fall in love again. Sharing the whole experience, Rashmi said, "When I joined Yeh Vada Raha, I was very new to Mumbai city. And this guy, who was also my co-star, chased me for 2 months to have a relationship with him. Initially, I was reluctant but with time we started interacting as he was opposite me as per the ongoing track and we had many scenes together. And slowly his confidence increased. He started telling me that you know I like you and we both belong to Uttar Pradesh, so our family will also not have problems. But I had learnt that he is into a relationship and I confronted him for that to which he said 'I don't want to be with her and from last 7 years I was trying to come out of it and from last 6 months we are not talking so it has broken up'. And one day his family visited our sets and he introduced me to them. They also said the same things to me as he said and somehow I got convinced that he has genuine feelings for me and our relationship started." (Also Read: Madhuri Dixit Nene's 'Then And Now' Picture With Elder Son, Arin Nene Proves Her Beauty Is Eternal) 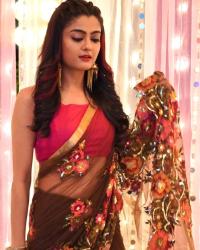 Rashmi further shared how in the initial months of her relationship were all rosy, but then she had gotten the biggest shock. The actress revealed, "For six months, things went on smoothly. And then, one day at our show's 100 episodes completion party, I suddenly saw him entering with his Ex and introducing her to everyone as his girlfriend. I was completely broken at that point of time and I stopped talking to him completely. But he again came saying that he is not at fault and started telling me stories. By that time I was in so much love with him that I trusted him again. And ultimately I got to know he is cheating on me. In fact, now he is happily married to her." 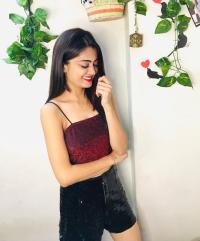 Rashmi also shared that because of her acting profession, her ex-boyfriend had dumped her. In Rashmi's words, "He chose her saying that you are an actress and an actor's job is very uncertain. Today you have work and tomorrow you may not. Whereas she has a constant income as she is having a decent job in hand. That devastated me completely. Actors' life is anyway not easy but our struggle continues to be on the personal front too." The actress refused to share the name of her ex as she didn't wanted his wife to suffer all the hate. (Don't Miss: Anita Hassanandani Asks For A Diamond From Hubby, Rohit Reddy, His Reply Is Every Husband Ever)