Rashami Desai's rumoured boyfriend, Arhaan Khan finally cleared all the air about dating her and if he will indeed get married to her in 'Bigg Boss 13'. 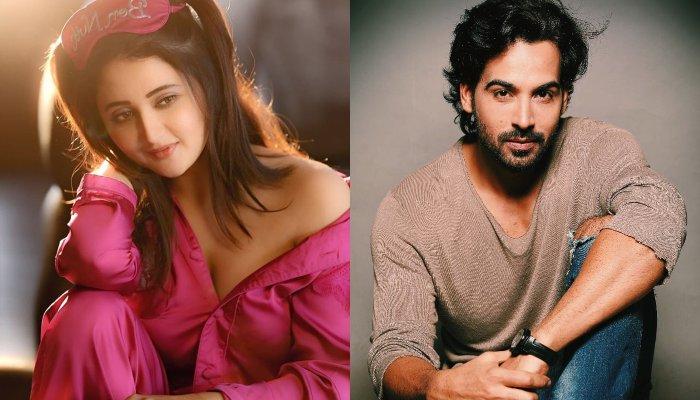 The last quarter of the year is ours (and we guess everybody’s too), favourite months of the year. Why do we say so? Bigg Boss is aired on television peeps! Truckloads of controversies, ‘under the light romance’, fights, tasks, captains and shouts constitute one of the most unique shows in India. Unlike the last few seasons, Bigg Boss 13 only has celebrities participating this time. And one of the strongest contestants in the house, Rashami Desai has already been making headlines even before she marked her entry on the show. (Do Read: Jay Bhaushali And Mahhi Vij Open Up About Love, Marriage And How Life Changed After Daughter Tara)

Talking about her personal life, Rashami Desai had a bitter divorce with her Uttaran co-star-cum-hubby, Nandish Sandhu in 2016. She has been linked with many well-known men of the telly town, but what looks like it, this beauty is once again drooling in love! A TOI report had sometime back suggested that Rashami is head-over-heels in love with diamond merchant-turned-actor, Arhaan Khan. A source close to the duo had informed, “They seem perfect for each other. They are two mature individuals, who are taking one day at a time. They are serious about each other and are talking about tying the knot in a year’s time.”

While Rashami Desai was the only one until now who had been doing major revelations, her rumoured beau, Arhaan Khan finally cleared all the air about dating her and if he will indeed get married to her in Bigg Boss 13. In an interview with TellyChakkar, Arhaan shared, “I don’t know how this entire rumour started. She is a very good friend, and we have known each other for a long time now. We hang out and gym together. She is a genuine girl, and I have a lot of respect for her.”

Revealing where and how Arhaan Khan had met Rashami Desai for the first time, the former stated, “I know her for a very long time now, but I happened to meet her at Prince Narula and Yuvika Chaudhary’s wedding. Since I am a jewellery designer, along with Prince and Yuvika, I had designed jewellery for Rashami as well. Post the wedding, we did meet but only as friends.” He further shared if he would like to date Rashami (given that now he has deemed their dating rumours as untrue), “She is self-made, independent, and hardworking woman. I don’t mind dating a girl like her, but with Rashami, I want to be only friends.”

Arhaan Khan then went on to make the big revelation about getting married to Rashami Desai inside the Bigg Boss 13 house. He shared, “I haven’t signed any contract, so I have no idea.” Arhaan also commented on Rashami’s ‘gameplay’ inside the Bigg Boss 13 house, “Rashami is playing a very genuine game. I think Shanaaz Gill and Abu ji (Malik) are playing very smartly.” (Must Read: Kapil Sharma's Wife, Ginni's Baby Shower Had Bharti, Krushna And Kiku Drink From Feeding Bottles)

Earlier commenting on her marriage rumours and wedding with Arhaan Khan inside the Bigg Boss 13 house, Rashami Desai had shared, “I really want to know who is spreading these rumours. I am a mature woman and I know how to take decisions. I don’t understand why someone would do this. This is a very stupid rumour. It is (marriage) such a beautiful thing. If I get married, I will let people know about it in a beautiful way. I won’t be committing a crime.” 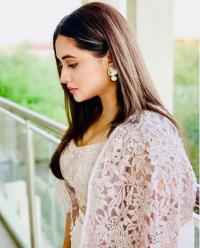 An earlier Bombay Times report had contained details of Rashami Desai and Arhaan Khan’s wedding, “While Rashami will enter the house in the beginning, Arhaan is expected to join her a few weeks later. Rashami's cousin and a friend are likely to be the witnesses at the wedding. While this is the big plan so far, Arhaan is yet to sign the contract."

Both Rashami Desai and Arhaan Khan had since the very beginning, decided to maintain a ‘just friends’ stance when asked about their relationship status. While Rashami had said, “Arhaan is my best friend, and like family to me”, Arhaan too had stated, “I admire Rashami for the fact that she is a self-made woman. She has reached where she has on her own. We are very good friends.” As per the report, Rashami and Arhaan had met each other in 2017 and had gotten along like wildfire. However, it was only during Arhaan’s co-star, Prince Narula and his now-wife, Yuvika Chaudhary’s wedding that Rashami and Arhaan were rumoured to have upgraded their ‘friendship’ to ‘dating’! (Also Read: Dalljiet Kaur's Ex-Husband, Shaleen Bhanot Reveals His Mother Is Trying To Find Love For Him Again)

Guys, how do you think Rashami is faring inside the Bigg Boss 13 house? Keep us posted!