Television actress, Rashami Desai posted a cryptic video on Instagram after ex-boyfriend, Arhaan Khan accused her of maligning his image. Take a look!

To fall in love with someone isn’t in our hands and just like that sometimes we cannot make that one person fall in love with us. No matter how true your love is or how dedicatedly you’re loving someone, there’s no guarantee that they’ll feel the same for you one day. Well, that’s the sad part of this world, but relationships are much more in the hands of humans, and they can end them either mutually or by making it an ugly affair. However, it’s never easy to get over a heartbreak, get over a person whom you’ve loved like nothing. And television actress, Rashami Desai is from the former category. She became an inspiration for many when she moved on after getting her heart broken in the Bigg Boss house. (Recommended Read: Abhishek Bachchan's 1 Lakh Donation To Farah Khan's Daughter, Anya For Her Sketch Is Winning Hearts)

One of the ugliest breakups that have happened in Bigg Boss 13’s house is of Rashami Desai and Arhaan Khan. The ex-couple is in a war of words even after so many months and are delivering shocking revelations about each other week in, week out. Recently, in an interview, Arhaan Khan has bashed Rashami for malign his image in public with false statements. After which, the television actress has posted a cryptic video on Instagram.

On April 28, 2020, Rashami Desai took to her Instagram handle and posted an adorable video of her in lockdown. In the video, we can see the television actress looking beautiful in her white kurta as she folds her hands to the God almighty in the morning sunshine. Along with the peaceful video, Rashami wrote a few lines in the caption that can be read as “Good morning. Be Low-key and let them wonder. Good morning #rashami #rashamidesai #rythmicrashami #immagice.” Take a look! (Don’t Miss: Dipika Kakar Shares A Lovely Birthday Wish For Her 'Saasu Maa', Bakes A Dutch Truffle Cake For Her)

Well, this video has been posted by Rashami Desai after the interview of her ex-beau, Arhaan Khan with Bollywood Times had surfaced on the internet. In the interview, Arhaan was asked about his reaction to the revelations made by Rashami Desai about giving you a place to live and other favours. To which, Arhaan Khan had revealed, “She can’t take all the credit for the relationship; I, too, had given it all. And she keeps talking about doing me favours. Aisa nahi hai ki mere paas rehne ko ghar nahi tha, ki main road par tha toh ye mujhe utha kar apne ghar laayi. It would be better if we avoided levelling false allegations against each other and focused on work. We should be fearful of God and not lie. I have all the proof to show that all her claims are baseless and false.” Going further in the same interview, the angry Arhaan had accused his ex-girlfriend, Rashami Desai for playing the woman card to get everyone’s sympathy. He had said, “These are baseless allegations, either to malign and defame me ya khud ko Sati Savitri bataane ke liye. She is playing the woman card to gain everyone’s sympathy. This is what she did even inside the house.” (Also Read: Kalki Koechlin Shares A Video Of Herself Singing A Portuguese Lullaby For Her Baby Doll, Sappho) 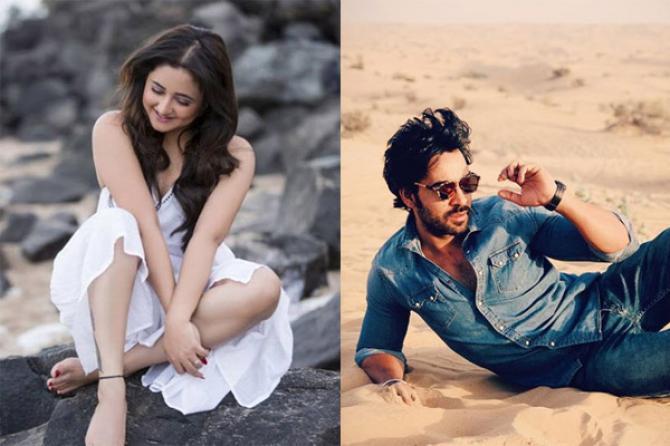 Do you agree with the comments of Arhaan Khan? Let us know!