Taking her love for dogs to a whole new level, Farah Khan Kunder's daughter, Anya Kunder had stepped forward to help the ones in need during the pandemic, including the stray animals. 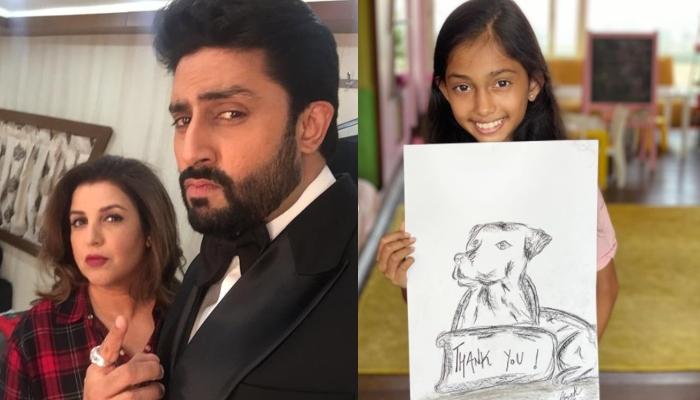 The 2020 pandemic has not only made the citizens of the nation come together to help the ones in need but had made the nations in the entire world stand united. While some are supporting the families with their daily needs, some have donated to the PM Care Fund and some are donating meals through NGOs. From billionaires to aam janta, grownups to kids, everyone is doing their bit. Joining the fight against the pandemic, choreographer-director, Farah Khan’s daughter, Anya has pledged her support to help the needy and stray animals. (Also Read: Kalki Koechlin Shares A Video Of Herself Singing A Portuguese Lullaby For Her Baby Doll, Sappho)

Farah Khan and her filmmaker husband, Shirish Kunder had embraced parenthood via IVF and had welcomed triplets in 2008. Farah and Shirish had named their triplets, Czar Kunder, Anya Kunder and Diva Kunder. What’s more? Farah’s production house is also named keeping her kids in mind. It’s called ‘Three's Company’. When her triplets had turned 12, Farah in the birthday message had given a glimpse of Anya’s love for dogs. She had written, “While we try to teach our kids about life, it’s actually them who are teaching us what life should be about #tripletsturn12 .. #diva #anya #czar.. and #Astro..( becoz Anya will find a doggie wherever I take her.. his time @bhavanapandey’s.” 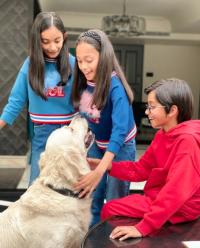 Taking her love for dogs to a whole new level, Anya Kunder had stepped forward to help the ones in need during the pandemic, including the stray animals. Announcing her daughter’s initiative, the proud mommy had posted a sketch made by Anya and had written, “My daughter Anya has decided to sketch a pet, n sell it for rs.1000-/.. all proceeds will go towards feeding stray animals and homeless during this pandemic.. not much but she s only 12 yrs old.. thank you @tabutiful @rajeevmasand @aartishetty @shaziaqg for advance orders.” 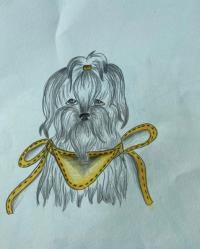 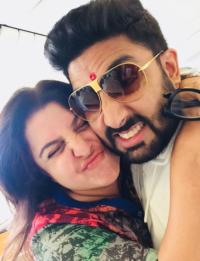 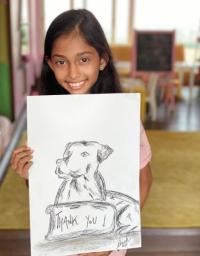 It was on April 20, 2020, when the proud mommy, Farah Khan Kunder had revealed that Anya had raised a hefty sum of Rs 1 lakh by drawing sketches of peoples’ pets. Sharing a video of Anya, in her school uniform, making her sketches, Farah had written, “1 LAKH RS raised by Anya!! Everyday b4 school n after.. n all weekends, she s diligently sketching for donations! A BIGGG thank you to all who have donated. All monies are being used to feed strays n to send food packages to the slums!”

In a ‘Happy Thanksgiving’ post, Farah Khan Kunder had posted a family picture with hubby, Shirish Kunder and their triplets, Czar Kunder, Anya Kunder and Diva Kunder. Captioning their colour-coordinated picture, Farah had written, “Never let the things you want , make you forget the things you have! #happythanksgivng SO much to be grateful for..” Farah’s daughters, Anya is a multi-talented one as she aces not only in sketching but also in baking and ballet. Anya and Diva are Farah’s ‘Sunday bakers’ and giving a glimpse of their baking, Farah had written, “My Sunday bakers!! Making oatmeal cookies frm scratch!Now waiting for them to learn Biryani n I’ll be set! #anya #diva #mygirls.” 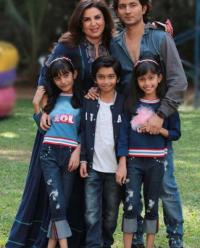 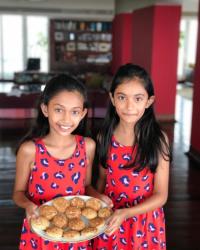 In an interview with Huffington Post, Farah Khan Kunder had revealed how her life had changed post embracing motherhood and how she had cried every single night when she had gone to Dubai for the shoot of Happy New Year, leaving her kids in Mumbai. Farah had said, “We never raise our voices in front of the kids. My children must be thinking I’m Mother Teresa - so gentle and well behaved. When the first time I went to work after giving birth, I sat alone in my vanity van and cried. When the baby comes out of your body, a guilt gene is pushed in. Men don’t have that at all. When I went to shoot in Dubai (for HNY), that was the longest I left them - 10 days - I cried every night.” (Also Read: Smriti Khanna's Befitting Reply To Trolls, Who Targeted Her For Getting Back In Shape Post-Pregnancy) 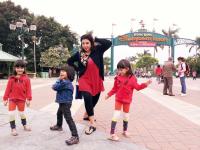 Farah’s little one is indeed doing great work and we wish her luck!