There are times in our life when nothing seems right and everything seems gloomy! And 'Bigg Boss 13' fame, Rashami Desai was fighting depression for four-long-years. Checkout what she has to say! There comes a point in our lives when nothing seems right, days become longer and nights seem endless. Those are the times when we get irritated with the simplest things. While some may call it mood swings or a rough phase, it can be a depression that is not easily diagnosed. A person might be living a normal routine but deep down, they might be struggling to wake up in the morning. There are many celebrities, who have come out in open and talked about their depression stories. And the recent on to join the tribe is television actress, Rashami Desai. (Recommend Read: Paras Chhabra's Ex-Girlfriend, Akanksha Puri Accuses Him Of Defrauding Two Designers For Unpaid Dues)

Rashami has always enjoyed immense love from her audience, thanks to her role in Uttaran. The show not only gave her fame but also an important life lesson. Rashami had met her ex-husband, Nandish Sandhu on the same show. The duo had gotten married in the year 2012, but soon the news of trouble in their 'happily married life' started making the rounds in the media. And it was in 2016, when the duo filed for a divorce. Time and again, Rashami had revealed how tough her marriage and the divorce phase was. 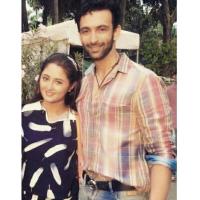 Recently, in an interview with Pinkvilla, Rashami revealed that she had fought depression for four years and there were days when she had wished to end her life. The actress said that she was into a deep depression for four years and she really wanted to leave the life. There were days when she did not feel like seeing anybody. The actress further added, "You know when you expect something and get something else and life will give you surprises in many ways and when you are not ready to lead the reality, you somehow find it difficult. Professionally I was doing good because I was always loyal to my work and I used to feel happy while working. In fact, depression is the only thing which helped me come out of depression. It gave me more power and more life. Personally whatever I was going through I never let that affect my work. But my life has been an open book."  (Also Read: Dimpy Ganguly's Birthday Wish For Her 'Handsome' Hubby, Rohit Roy Is Every Self-Obsessed Wifey Ever) 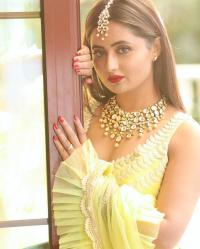 In another interview with Pinkvilla, Rashami had talked about what went wrong in her relationship with Nandish. She had stated that one should stop all the wrongs in their relationship because if they don’t, all the atrocities will not stop either. The actress had said, "Because if you don’t stop it then and there it will happen again and again. Respect and believe in yourself that you are not doing anything wrong. I understood it later because I had a fear of losing a lot of people around me." 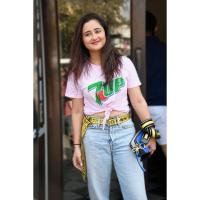 Rashami had further talked about Nandish, "I will not say ki humare beech me differences nahi the. We had a lot of differences, we had a lot of arguments, we had fights and somewhere we both didn’t realize that we were not compatible with each other. The way we used to be, the way we were together it is just not the same and we are different people together and we are trying to bring the devil out of each other. I said it and after six years after that happened, I took the divorce. Later, somewhere I realized that I was also dragging a lot." (Don't Miss: Shilpa Shetty Kundra's Idea To Keep Viaan Kundra Busy At Home Is For Every Parent To Try Amid COVID)

Well, it was definitely very brave of Rashami to share her depression story!