Recently, we got hold of some unseen pictures of Nita Ambani performing Bharatanatyam as a child artist, and it's unmissable!

Indian billionaire, Mukesh Ambani's wife, Nita Ambani needs no introduction. She is a lady with class, whose popularity is second to none. An entrepreneur, dancer, fashionista, philanthropist and whatnot, you name it, and Nita proves that she's a pro at everything. From being a sanskari bahu of the Ambani clan to a doting mommy to her three kids, Akash Ambani, Isha Ambani and Anant Ambani, Nita Ambani aces every role and how.

Born in a middle-class Gujarati family, Nita completed her bachelor’s degree in Commerce from the renowned Narsee Monjee College of Commerce and Economics. After completing her graduation, Nita became a school teacher and earned Rs. 800 per month. Later, she joined Ambani's family business and became the Chairperson of Reliance Foundation, Dhirubhai Ambani International School,  and the owner of the IPL cricket team, Mumbai Indians. Recently, while scrolling through our IG feed, we stumbled upon a few glimpses of Nita Ambani as a child artist. One of Ambani's fan pages shared a series of rare pictures from Nita's childhood days, and it was simply unmissable. In the first picture, we can see the young Nita dressed in a traditional costume and performing Bharatnatyam. She was seen looking sideways, and she looked super cute with both her hands kept on her waist.

The second picture showed Nita standing on a stage in front of a huge Nataraj statue and giving a power-packed performance. The monochrome picture was from her teenage, and the gorgeousness was looking at the audience as she performed on the stage. However, it was the third picture that caught our attention. In the priceless frame, Nita was spotted giving unmissable expressions as she candidly performed the classical dance form.

Nita Ambani had a keen interest in Bharatanatyam, so she started learning the classical dance form at the early age of 6 years. Later on, she became a professional Bharatanatyam dancer, courtesy of her gifted talents. However, did you know that it was during one of her dance performances when late Dhirubhai Ambani saw her for the first time? Yes, you read that right! After seeing Nita for the first time, he thought of asking her hand for his elder son, Mukesh. However, Nita laid one condition to marry Mukesh and asked the Ambanis to let her work post-marriage, and they agreed. 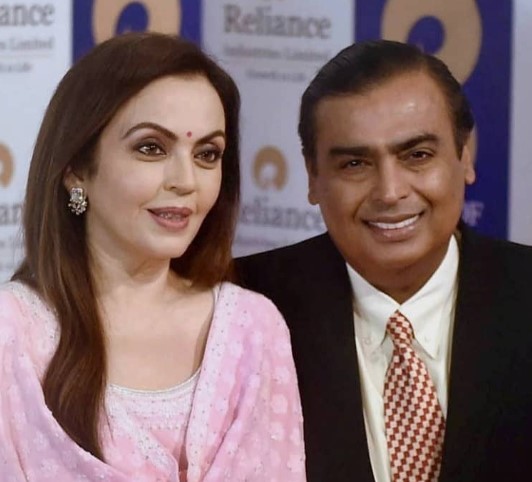 Indeed, Nita Ambani has been a gifted artist since her childhood. What do you think?

Next Read: Shloka Mehta's Exquisite Jewellery Collection Has A 3 Crore 'Rani Haar' And Many Diamond Sets