In a country like India, raising a child is always a mother’s duty. It is always said that a father is the bread-earner and a mother is a homemaker. But, times have changed and so has our society (upto an extent only).

Recommended Read: TV Actress Narayani Shastri Tells The Truth Behind Her Secret Wedding And How It Happened 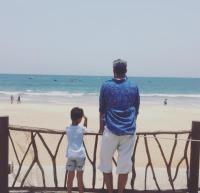 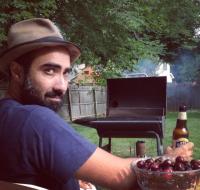 But, here is an actor who is co-parenting his son along with his ex-wife. Yes, you read it right, he is helping his estranged wife in bringing up their only son in a better way. And, that actor is none other than Konkona Sen Sharma’s ex-husband, Ranvir Shorey. (READ: Konkona Sen And Ranvir Shorey To Give Their Marriage Another Shot)

Both Ranvir and Konkona have decided to co-parent their son, Haroon who is six-year-old. The couple tied the knot in 2010 but due to the compatibility issues, they parted ways in 2015. To ensure that their separation doesn’t leave a bitter impact on their son, they have mutually decided to spend quality time with him, one by one.

Talking about changing the stereotype and taking up the responsibility of bringing up his son, just like his mother does, here is what Ranvir said:

“It’s about changing gender roles. Since Haroon’s mom is usually busier than I am, we came up with this idea. It’s not so much about spending a few hours bonding with my son as it’s about child rearing. So, Haroon has two homes now and half the time he’s at my place and the other half with his mom.”

The ex-couple is pretty sorted about how to handle their son while the other one is working. Talking further about spending sufficient time with Haroon, Ranvir said:

“We mutually agreed to take turns working so we didn’t have to leave him alone. My father is too old and my brothers don’t live here, so we don’t have much family support in Mumbai and I didn’t want him to grow up with the help.”

Well, this is a great idea for all the working parents – take turns and bring up your child. It is a commendable thing that both the parents have decided to take up projects keeping in mind their son’s schedule. 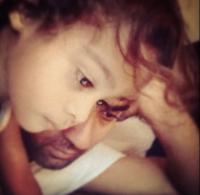 According to Ranvir, men need to break the stereotype and come out of it. He further added:

“With women stepping out and taking on new roles, the time has come for men to step out of their stereotypes too. I’m more patient and my cooking has improved too. Now, Haroon likes what I cook more than what he gets at Konkona’s. I cook my specialties for him." 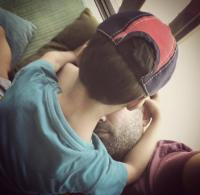 Ranvir has no qualms in accepting that Konkona is getting more projects than him, and he is cooking food for his son. 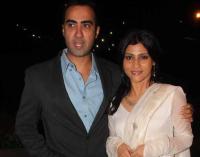 Talking about his relationship with Konkona, Ranvir said:

“Things are obviously not hunky dory but we have to be mature about our relationship and make sure it’s not hard on our child. As an adult we can deal with it but he’s still in his formative years."

We are glad to see Ranvir’s efforts towards his son. Ranvir and Konkona are together giving some serious parenting goals to all the working parents out there! More power to Ranvir, Konkona and Haroon!