Ranveer Singh Wants To Have Kids And Wants To Spend Lots Of Time With Them, Deepika, You There?

Ranveer Singh Wants To Have Kids And Wants To Spend Lots Of Time With Them, Deepika, You There?

A year has passed since Deepika Padukone and Ranveer Singh's wedding and the latter, in a recent interview expressed his desire to have kids and be with them as much!

Tujh Sang Bair Lagaya Aisa… Raha Na Main Phir Apne Jaisa… Ye Laal Ishq, Ye Malaal Ishq… Ye Aib Ishq, Ye Bair Ishq- Deepika Padukone and Ranveer Singh, a couple who has almost become synonymous to the term #CoupleGoals! Ever heard of your peers telling you that she’ll marry the guy who looks at her the way Ranveer looks at Deepika? Well, we feel her! After watching their first film together, Goliyon Ki Rasleela Ram-Leela, all that we wanted was to see these two people end up in love together. The Universe heard our plea and bang on, Deepika and Ranveer became each other’s forever, even before we could know it! (Do Read: Nehha Pendse Will Get Married In A Maharashtrian-Style Wedding, Reveals More Details About 'Big Day')

It was on November 14-15, 2018, when Deepika Padukone and Ranveer Singh had gotten married to one another in Italy. A year has passed since the eventful day and we still can’t seem to get over it! For their celebrations, the couple had turned to spirituality and had visited the Tirupati temple on November 14, 2019, and the following day, on November 15, 2019, had visited the Golden Temple in Amritsar, to express their gratitude for the successful completion of one year of their marriage and to take blessings for the onset of their second year of marital bliss. Here is a picture each from both of their celebrations:

Ranveer Singh Opens Up On How He Is Spending Lockdown With Wife, Deepika Padukone

Deepika Padukone Complains About Her Hubby, Ranveer Singh's Over-Sleeping And Getting Late Habit

Ranveer Singh Gets Super Excited As His Wife, Deepika Padukone Makes 'Bade-Bade' Pizzas For Him 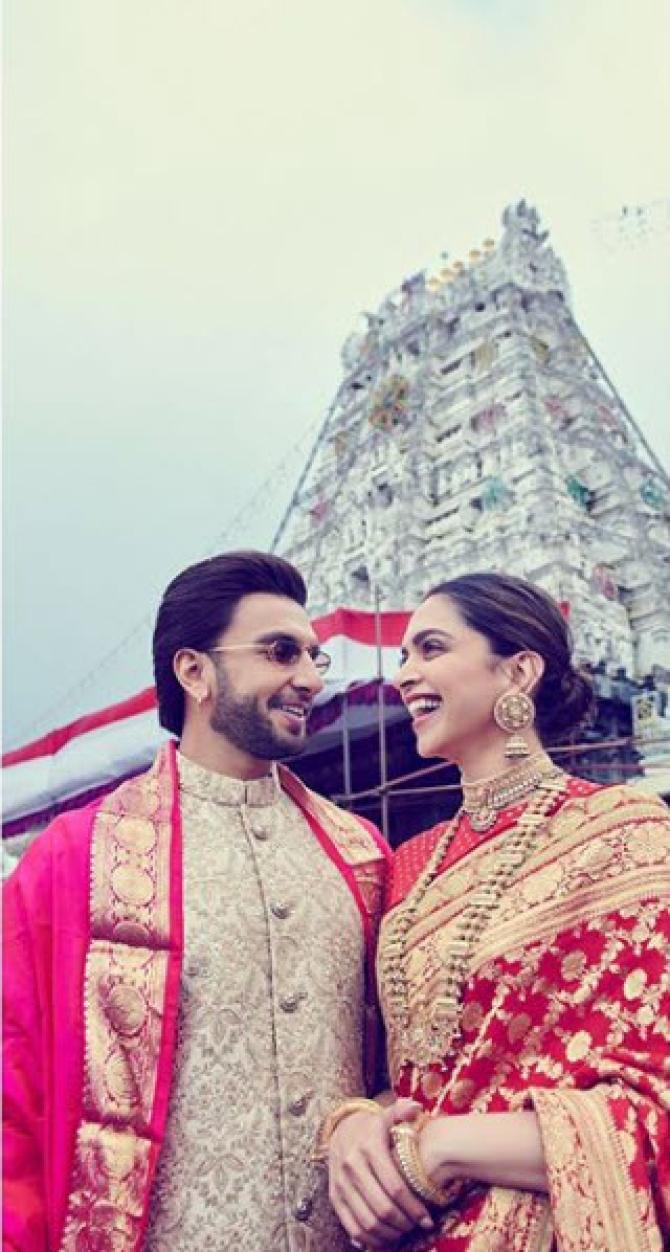 Well, a year has passed since Deepika Padukone and Ranveer Singh’s wedding and the latter, in a recent interview expressed his desire to have kids and be with them as much! Yes, Ranveer Singh was a part of Rajeev Masand’s roundtable and in a promo of the same, the actor was seen at his candid best. In a promo released of the show, when asked about his future plans, the ‘83 actor said that his Plan B comprised of wanting to have kids and spend as much time as possible, with them. Ranveer also shared that he loves writing and would like to direct a movie someday. He also stated that he wants to be a DJ and wants to spend lots of time on the beach somewhere. But the catch was that the actor is making children-plans; Deepika, are you there? (*wink*)

On May 2019, Deepika Padukone had worn a neon gown with matching heels at the MET Gala after-party. Priyanka Chopra Jonas, who happens to be one of the committee members of the MET GALA, had posted a picture from their after-party, which she had captioned as “Charlie and the Indian angels end the night... #metgala2019." While we all had gone all ‘oolala!’ over the pictures, netizens had noticed a slight bump on Deepika Padukone’s belly. As soon as the stars had posted the pictures from the after-party, fans had immediately begun their wild speculations that their favourite actress might be expecting. But what looked like it, it was just a poor camera angle. (Must Read: Chahatt Khanna Goes Christmas Shopping With Her Daughter, Zoharr For Their Holly-Jolly Vacation) 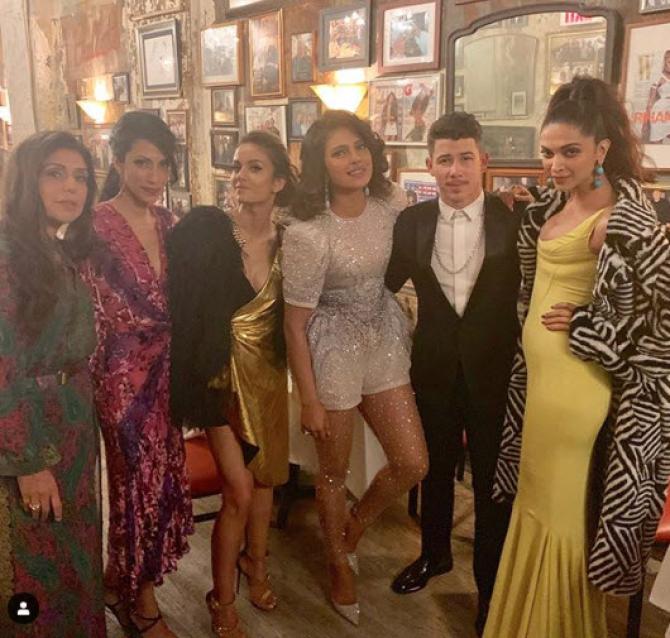 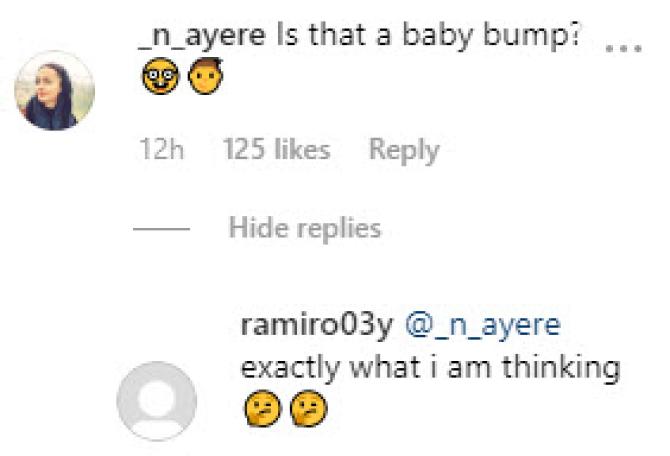 If you think it’s just Ranveer Singh, who has started family planning, you might be wrong! Deepika Padukone, in an interview with the Harper’s Bazaar US, made the most beautiful revelation on how she would want to raise her child with Ranveer, whenever they start a family. The 33-year-old star had said, “My sister and I had two working parents who were still able to give every aspect of their lives, time, and dignity, whether it’s work or being home with us. I hope that when Ranveer and I start a family, we’re able to do it the way I experienced it as a child with my parents. Just rooted, wholesome and secure." In an interview with Express.co.uk sometime back, Deepika Padukone had opened up about the pressure newlywed women face when it comes to pregnancy. Here’s what the actress was quoted as saying, “Pregnancy will happen at some point in my life. It is unfair to put women and a couple through that pressure.” She had further gone on to add that the day people stop asking questions related to pregnancy to a woman is when the change will come. Here's what Deepika had said, “Of course, it will happen at some point but no, I think it is unfair to put women through that, to put a couple through that. I guess the day we stop asking the questions is when we will bring about change.” (Also Read: Arbaaz Khan Finally Reveals If He Will Marry Giorgia Andriani In 2020, Says 'Dhol Peet Ke Bolunga') 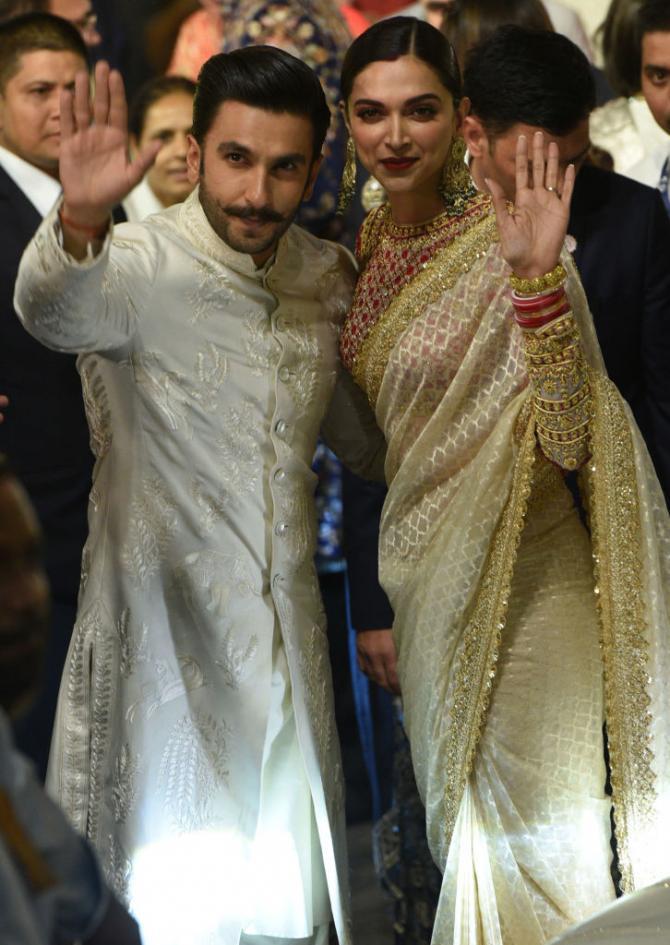 For Ranveer Singh, hardly had they started dating when the actor knew that none but Deepika Padukone would become the mother of his children! In an interview with the Filmfare, the actor had shared, “Six months into the relationship, I knew she was the one. I nurtured the relationship accordingly. It’s been six years now. She’s too good, too lovely. She’s a force of nature. I understood that almost immediately. I’m lucky to have her. I knew all too well that this is the woman I’m going to marry. This is the woman who would become the mother of my children. I’ve been thinking about marriage seriously for almost three years now. I was just waiting, I told her the minute you say so, we’ll do it.” How we love Deepika and Ranveer planning for kids already, don’t we? (*wink again*)