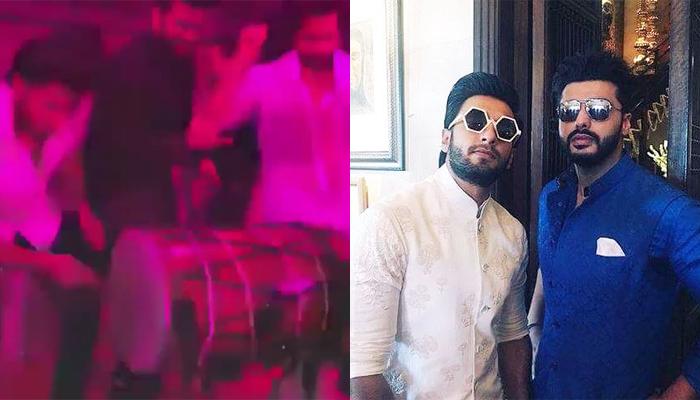 Yesterday, on May 08, 2018, Sonam Kapoor (now Sonam Kapoor Ahuja) and Anand Ahuja got married in a Sikh wedding, and the night witnessed the grandest reception party you could possibly ever come across. (You May Like: 'King Khan' Shah Rukh Khan Danced Crazily With Anil Kapoor-Ranveer Singh At Sonam Kapoor's Reception) 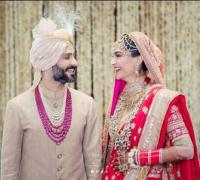 And then we came across a video which seriously won our hearts! A small dance and music video in which Bollywood’s most energetic man, Ranveer Singh can be seen beating and thumping a dhol, and his BFFs, Arjun Kapoor and Varun Dhawan can be seen dancing to the beats. We all know the crazy camaraderie that Ranveer and Arjun share with each other, and also Arjun and Varun have known each other for the longest time, and are like besties to each other. When we see these three gentlemen coming together and performing so amazingly on Sonam’s reception, our hearts are filled with joy. Take a look at the video:

Speaking of Ranveer Singh, Varun Dhawan and Arjun Kapoor, let us take you through all their madness at Sonam Kapoor and Anand Ahuja’s reception:

We all know Ranveer has always spoken highly of Anil Kapoor and has time and again confessed that he became an actor because of Anil sir. And yes, everybody had been waiting for the two to dance together, and they did! Watch Ranveer Singh and Anil Kapoor dance on the iconic song, Bachna Ae Haseeno:

And then another rocking performance from Varun Dhawan and Ranveer Singh on Jumme Ki Raat Hai:

And then the two babas:

And another from the buddies, Arjun and Ranveer:

Wow! Are you feeling elated? Are you not going to watch all of these videos in a loop, on repeat till the weekend? Well, that’s the magic and madness of our celebrities in wedding functions!

For those who came in late, Sonam Kapoor and Anand Ahuja’s wedding had been in the news for quite some time. And finally, the pre-wedding functions kick-started on May 06, 2018 with the mehendi ceremony. Donned in a pastel pink coloured outfit, Sonam looked ethereal. The next day, on May 07, 2018, at Sunteck Signature Island in Mumbai, was the sangeet ceremony. Sonam wore a golden off-white lehenga with heavy jewellery and minimal make-up for her sangeet. 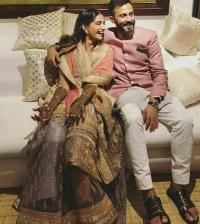 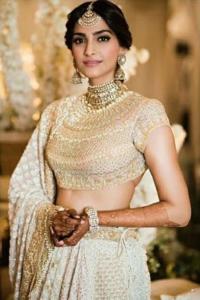 Then came the D-day, on May 08, 2018, when at Sonam Kapoor’s aunt’s bungalow in Bandra, Sonam and Anand were pronounced husband and wife. In her wedding outfit, Sonam looked like a perfect bride, wearing an ornate red and gold Anuradha Vakil lehenga. And finally, for her reception, she opted for a grey and white coloured lehenga with a full-sleeved blouse. 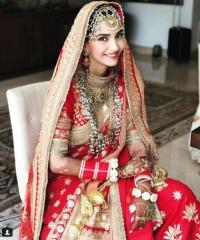 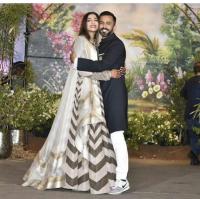 We wish Sonam Kapoor and Anand Ahuja years of togetherness and an eternity of happiness.