Deepika Padukone and Ranveer Singh's social media PDA game is always on point. Ranveer has commented on Deepika's latest pictures on Instagram and has called her a good Sindhi 'bahu'. Deepika Padukone and Ranveer Singh together make for the 'IT' couple of the Tinseltown and ever since they got married on November 14-15, 2018, in Italy, they have been giving us major couple goals. DeepVeer, as fans call them affectionately, is one couple who is revered by everybody and theirs has been a story straight from the fairytale. (You May Like: Anshula Kapoor Praises Arjun Kapoor's Shoe Game By Sharing Their Childhood Pic, Checkout His Reply)

Deepika Padukone and Ranveer Singh, apart from their awesome marital life, are also known for their cute and quirky social media PDAs. From asking for photo credits to calling each other 'sunshine', from dropping kiss emojis on comments to Ranveer treating Deepika like a queen on social media, these two have upped their social media game like how. 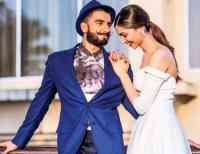 And guess what? Even their latest social media exchange is winning hearts all over. Deepika Padukone posted a series of photos yesterday on her Instagram handle, and husband Ranveer Singh couldn't help but start off with his teasing comments. On her first picture (below), wherein Deepika looked uber hot, Ranveer commented, "Taught her well! Whaat-ay good Sindhi Bahu."

Ranveer Singh and Deepika Padukone are clearly too cutesy on social media for us to miss. Deepika has been called on board with Kabir Khan's next film, 83, wherein she will be playing Ranveer's on-screen wife. Announcing the same recently, Deepika had shared the following picture and had captioned it as, "& on to the next...Thank You @kabirkhankk for this incredible honour...! #RomiDev #Day1  @83thefilm @ranveersingh." To show his excitement, Ranveer had wittily commented, "And this time we don’t die in the end! Yay!" 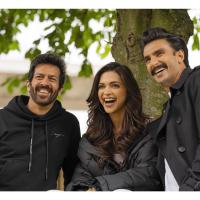 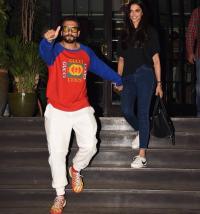 Talking about her boyfriend-turned-husband, Ranveer, she had added, "He is vulnerable, extremely emotional, very intelligent; childlike at times. That's not to say that his irrepressible energy isn't him, it's very him. He's a real people's person, but there's a quiet side to him too." 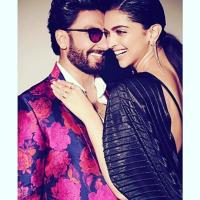 Coming back to their professional camaraderie, Deepika Padukone, during a conversation with Filmfare, had revealed details about 83 and how interesting it will be to act again with husband, Ranveer Singh after marriage. She was quoted as saying, "When you are in the business of movies, you are playing a character. Of course, all of this is yet to play out, but at the end of the day, you are essaying a role, and at that point, you are not thinking whether your co-actor is your husband, brother or someone you know closely. All you try to do is, be honest in that moment.” 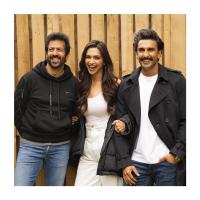 The Padmaavat actress had further added, “The personal equation doesn’t spill over into the workspace. I can’t think of anyone else who could do justice to the role (of Kapil Dev), but if there was someone else playing him in the film, and not Ranveer, I would still do my part. This isn’t coming from a personal equation, but from my passion and enthusiasm for the film."

Deepika had also shared that she and Ranveer feed off each other’s energies when it comes to acting, "Yes, I think so. We have worked in three films together, and they have all been successful. Individually, we are strong and different personalities, and when put together, we know how to feed off each other’s energy and that’s the beauty of it. I think Goliyon Ki Raasleela Ram-Leela was a classic example of that. It’s exciting and challenging at the same time." (Suggested Read: Sania Mirza And Izhaan Take A Stroll In London With Sister Anam Mirza And Her Alleged Boyfriend Asad) 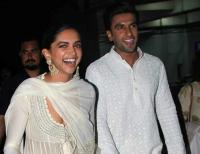 Have you ever been demanded by your partner to post each other's photos and videos on social media? Has she/he asked you to wish on their birthdays by posting a heartfelt birthday message? Social media PDAs are always adorable, and our favourite Bollywood celebrities have upped their PDAs game like