A latest report suggested that B-town lovebirds, Tiger Shroff and Disha Patani have headed towards splitsville. But is it the truth? Scroll down to know!

When you are part of the glamour world, no matter how hard you try but your personal life becomes a ground for public scrutiny. Whom are you going out with, what did you wear, did you wear it on occasions more than once and how frequently are you going out with whom, in case you ever forget about the same, drop in a comment at one of your posts and your fans will have all the information for you! You may call it love (which it surely is), but there are times when you would actually have to toil hard to lead a normal life and that is why celeb couples more than often, fly out somewhere far-off to be with their love. (Do Read: Priyanka Chopra Jonas And Nick Jonas Join Sophie Turner And Joe Jonas For A Lunch Date In Paris)

But Tiger Shroff and Disha Patani never needed to do so, since they were always vocal about being ‘super-close buddies’ and would never fail to go for their regular Sunday brunch/dinner dates at the posh, Bastian in Bandra. Disha and Tiger have always been in an open secret relationship. All of their activities like that of a couple shouted out loud that they were dating, but the duo has never confirmed upon doing so. From ensuring that they maintain their regular Sunday dates, posing for pictures together, marking their entry at events and weddings together, protecting one another from the crowd to bonding with their families, Tiger and Disha spoke volumes of love until they decided to put a full stop to their adhoori prem kahaaani.

In a latest interview with Pinkvilla, a source close to Tiger Shroff and Disha Patani has revealed that after striving to save their troubled relationship for weeks, these two lovebirds have finally decided to call it off. The source shared with the online portal, “Tiger and Disha's relationship has seen some really tough times in the last few weeks. They have decided to go their separate ways and have officially broken up now. The decision to call of their relationship happened mutually a few weeks ago. Both Tiger and Disha and people around them had seen it coming." 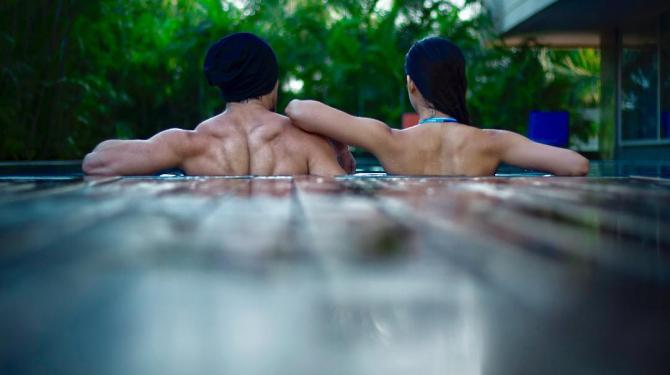 Disha Patani and President of Yuva Sena, Aditya Thackeray were spotted a few days back as they had gone out to chill together. While that was speculated to be one of the reasons behind their split, the source assured that the reason is something else. It revealed to the portal, “They have had differences for the longest time. But they would keep sorting it out because they wanted to be with each other. Now, they have realised that they are better off as friends than lovers. It was an amicable break-up and Tiger-Disha continue to be friends even post their decision.”

It was just yesterday (June 23, 2019), when Tiger Shroff and Disha Patani were spotted coming out of their regular Sunday hangout together. About the same, the source shared, "They are mature enough to handle this. But the reality is that they are no more a couple. Can't two friends hang out together?" Tiger and Disha had never admitted to being in a relationship, hence it is quite unlikely that they will publicly announce their separation. Another close friend of the couple shared, "They haven't ever admitted to being together. What will they discuss their break up for? They have the same group of friends and are still close to each other. The only difference is that they aren't romantically in love anymore." (Also Read: Sara Ali Khan And Kartik Aaryan's Latest Fun In Shoot Diaries Make Fans Call Them A Honeymoon Couple)

But is it the truth? A recent Times Now report quashed the breakup rumours and quoted a source who stated that everything is fine in Disha Patani and Tiger Shroff's paradise. The source stated, "Tiger and Disha are very much together. The break-up rumours are baseless. They went out to dine just yesterday." 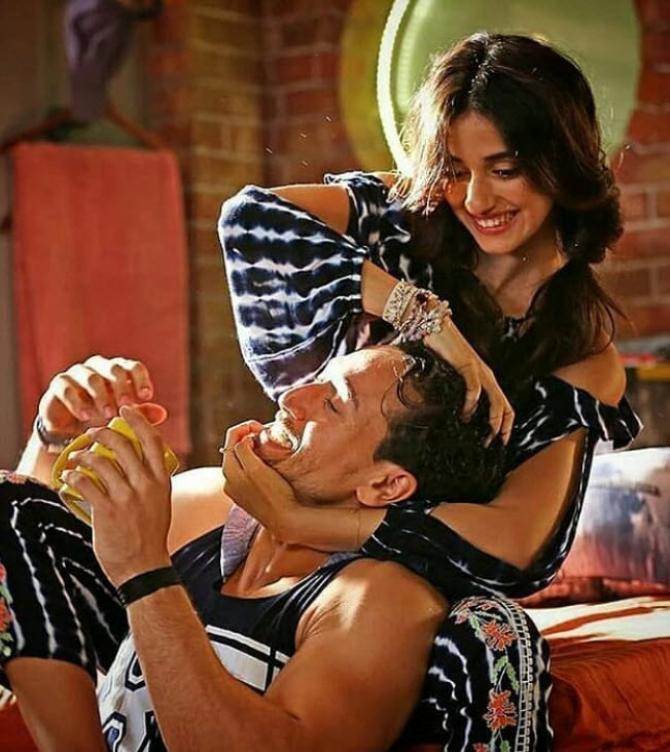 Last year too, rumours were doing the rounds that after being in a relationship for over three years, Disha Patani and Tiger Shroff had broken up and are mending their own ways. With multiple speculations and no one to comment on the same, an insider had spoken to BollywoodLife about their breakup. Citing the reason behind this, the source had then stated, “The two were having frequent arguments of late. They did try to make it work and bring back the spark in their relationship but they failed. So, in order to maintain personal peace, they have decided to separate. The two have some exciting projects in hand and want to focus on their professional life. This will give them time to reassess their relationship." 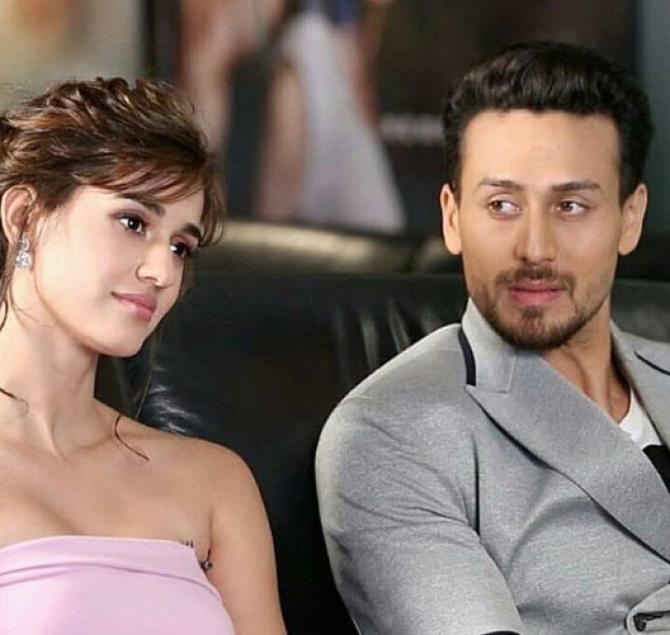 Talking about speculations, one of the reasons, as reported earlier, was that Tiger Shroff and Disha Patani had parted ways due to the former’s growing closeness with his Student Of The Year 2 co-star, Tara Sutaria. In a throwback interview about his rumoured breakup with Disha, the Heropanti star had shared with BollywoodLife, “Even I don't know what is the truth. I prefer not talking about my personal life. I want people to know me for my work and my talent." He had even gone on to say, “I am taken. I am married to my work." But the duo had shattered all breakup rumours when they made their entry together, dazzling at Deepika Padukone and Ranveer Singh’s Mumbai wedding reception. In yet another interview, denying all dating speculations, Tiger Shroff had stated, “We always go around, all the time. Going around doesn’t mean we’re dating. You do go around with friends, right? I go around with my guy friends also, which no one cares about. Besides, have Disha and I ever indulged in PDA or anything? Today, I can say that she is one of those few people who I can trust implicitly and is very open, straightforward and honest. I don’t have too many friends and I don’t open up easily with people, but she’s an exception. And all this curiosity around whether our relationship is true or not is good for our film. People are eager to see our chemistry." 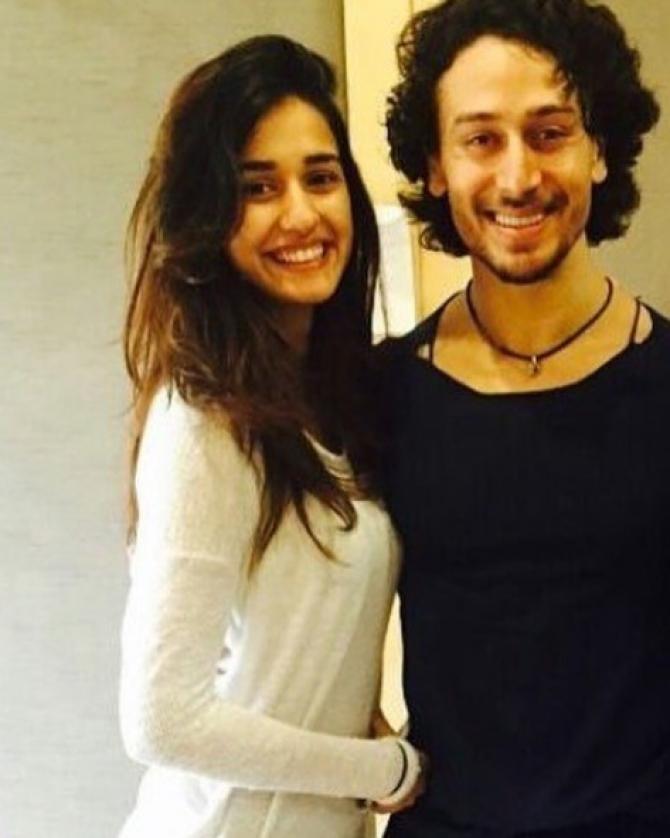 Disha Patani too had held quite some similar views about their dating rumours, “He’s my only friend in Mumbai. We both like to dance and work out. He’s a thousand times better than me at both, but we connect through them. I am hanging out with him all the time, perhaps that’s why we get spotted together everywhere. So, people probably feel that we’re in a relationship. We’re friends and there is nothing more to the story. If I hang out with another guy, probably, people will say I left Tiger for him." (Must Read: Sonam Kapoor Ahuja Thanks Anand S Ahuja For Honeymoon-Cum-Birthday Trip, Says It Was Worth The Wait) 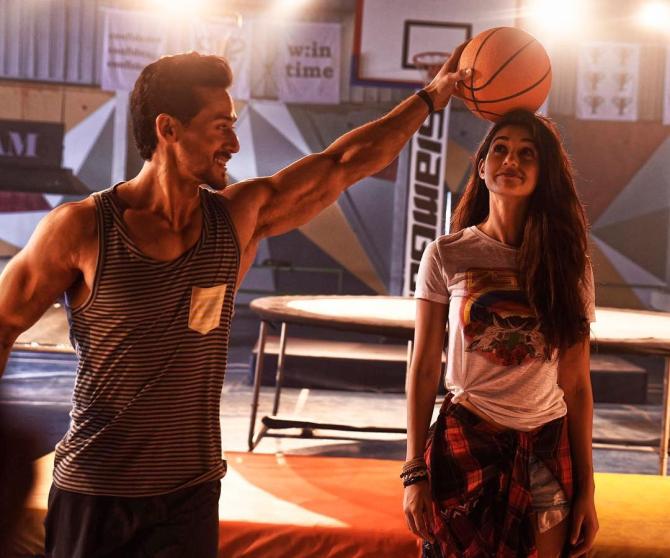