Kangana Ranaut's sister, Rangoli Chandel is famous for attacking Bollywood celebrities with her constant social media posts and the recent celeb she targeted is none other than Malaika Arora. 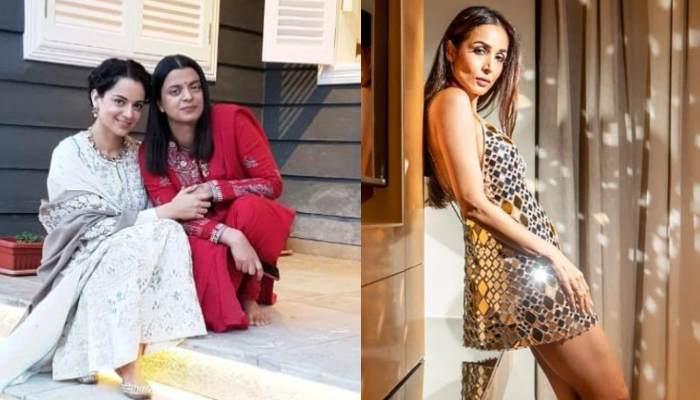 Personal lives hardly remain personal with rising Social Media influence. Social media has taken a new meaning with the advent of paparazzi culture. With the repeated interference of social media, the life of a celebrity is constantly under scrutiny. Being a celebrity has its pros and cons. With the new age social media culture, there is nothing known as private. Whatever a celeb does, becomes a matter of public interest. Social media does not always work as a boon, if it can bring in publicity, it also has the ability to tarnish your image with its constant trolling. With the coming up of social media, more controversies have taken birth. (Also Read: Mahhi Vij's Post Of Jay Bhanushali Adoring Daughters, Khushi And Tara Shows What 'Love' Looks Like)

Talking about social media controversies, one person who comes to our mind is Kangana Ranaut’s sister, Rangoli Chandel, who leaves no stones unturned with her constant digging at almost every celebrity. Rangoli is the social media manager of her sister, Kangana Ranaut who makes sure to voice her opinion on everything under the sky. She has not only garnered a lot of media attention with her constant jibe at well-known celebs but is also famous for her continuous trolls. From Karan Johar, Hrithik Roshan, Alia Bhatt, Ranbir Kapoor, Deepika Padukone and Tapasee Panu, Rangoli has targeted each one of them. 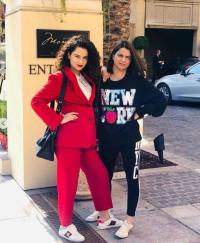 The latest to fall prey on Rangoli’s list is none other than Malaika Arora, who recently uploaded a picture of herself with her son, Arhaan Khan on her Instagram stories. Malaika’s selfie with her son which she had captioned as “When the son is being all nice and taking care of his mommy" was appreciated by her fans. It seems that Malaika’s post didn’t go down too well with Rangoli, who shared the same picture on her Twitter account and wrote, "This is modern Indian mother, very good." Although Rangoli didn’t target Malaika directly but her recent jibe at the chaiya chaiya girl received a lot of negative comments by the netizens. One of the users wrote, “New low for Rangoli. Falling each day” whereas the other user wrote, “OMG what a dirty mind”. 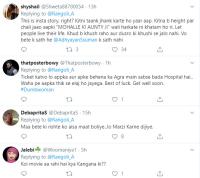 After her post, a series of tweet followed which pointed out her sarcasm towards the diva, Malaika. Rangoli after the first tweet posted a clarification tweet too where she wrote, "People are writing very mean things about Malaika, I called her a modern-day mom but all the nasty things people saying about her I wonder if this picture suggesting ... people, please refrain from over imagination it’s not good."

Peoole are writing very mean things about Malaika, I called her a modern day mom but all the nasty things people saying about her I wonder if this picture suggesting ðŸ˜¬... people please refrain from over imagination it’s not good ðŸ™ðŸ˜

Kangana Ranaut and Rangoli Chandel created a buzz when, sometime back, the sisters had attacked Mahesh Bhatt and his family. While Kangana had said that Alia Bhatt’s acting in Gully Boy was mediocre, her sister, Rangoli had stated that Mahesh Bhatt and his wife Soni Razdan were NRIs and don’t deserve Indian passports. Rangoli even went on to call them non-Indians. She had also claimed that Mahesh Bhatt threw ‘chappal’ (slipper) at her sister, Kangana during the screening of the film, Who Lamhe. (Also Read: Anushka Sharma Shares A Cute Birthday Wish For Virat Kohli, The Love Of Her Life) 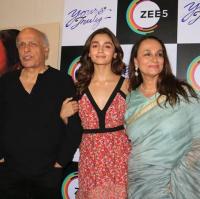 Mahesh Bhatt had addressed the same while attending the premiere of Soni Razdan’s movie, Yours Truly and had quoted, "She (Kangana Ranaut) is a ‘bachchi’, started her journey with us. Just because her relative (Rangoli) is attacking me, I won’t comment. Our upbringing and culture teach us that we should not raise a finger on our children. So saying anything against our children won’t be possible. My upbringing stops me to do so. Till I die, I will never ever say anything against our child because it is against my upbringing, it is against my nature." 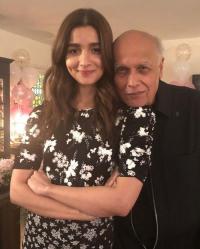 Kangana created a wave when she called director, Karan Johar a ‘movie mafia’ and talked about nepotism in Bollywood. Kangana has often voiced her strong opinions and her sister, Rangoli too is following her footsteps. After the release of Gully Boy, Kangana, referring to nepotism, had criticised Alia Bhatt on her performance in the film and had stated, “I am embarrassed...What is there to beat in Gully Boy performance ....same snappy muh phat girl... Bollywood’s idea of a fiery girl, woman empowerment and good acting, spare me this embarrassment, please. Media have taken filmy kids love too far. Stop pampering mediocre work or else bar will never be raised.” (Also Read: Kriti Kharbanda Opens Up About Her Linkup Rumours With Pulkit Samrat, Says He Is Special To Me) 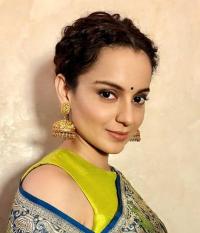 Well, what do you guys think about Malaika's post and Rangoli's reaction to it? Keep us posted.