Bollywood's veteran actor, Randhir Kapoor has talked about the way the whole Kapoor family is coping with the loss of Rishi Kapoor in his latest interview. Take a look!

Siblings are one of the greatest blessings of our lives, while some cherish it on time, some understand their importance later and regret. They're the ones with whom you've discussed your first heartbreak, first fight, first girlfriend, first college bunk, and tons of others things too. A family becomes a full circle when siblings are close to each other by heart if it’s not possible to live together. Thus, losing a sibling can be extremely traumatic and depressing. Well, Bollywood’s veteran actor, Randhir Kapoor is experiencing such emotions after losing his younger brother, Rishi Kapoor to cancer. (Recommended Read: Amitabh Bachchan's Goofy Mirror Workout Selfie With Grandson Agastya Proves He's The Coolest Grandpa)

Life isn’t easy at all right now for the Kapoor family but this is also the time when the power of a family is tested. And in Randhir Kapoor’s recent interview, he has talked about the way their whole family is trying their best to cope up with the void left by their family’s most loved and full-of-life person, Rishi ji. 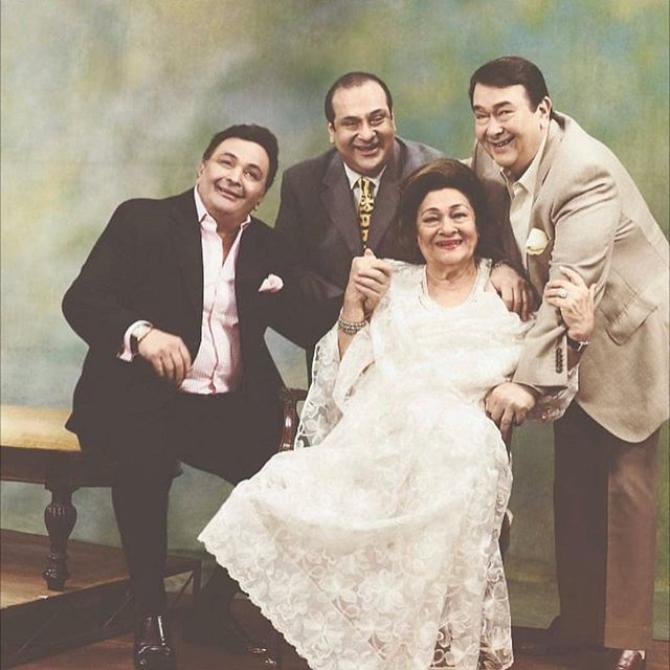 In an interview with a leading news agency, Randhir Kapoor talked about the way the whole Kapoor family is trying their best to cope with the loss of Rishi Kapoor. The veteran actor revealed that they’re missing him every day, and stated, “God has been kind and the family is holding up well. We are taking one day at a time but we all miss him every day. We shared a common bond over friends, family, food and films.” He also thanked every person, who supported the family with their gestures in this painful time. He said, “People across the world showered their love on him. We have been flooded with condolence messages and some have even shared their memories or their personal experiences with my brother. It is impossible to reply to all of them but I’d like to thank everyone and just want to tell his fans to remember him for his movies, for his smile and undying spirit.” (Don’t Miss: Kriti Sanon Says 'Baal Baal Bach Gaye' As Sister, Nupur Gives Her Long Hair A Sassy Hair Cut [VIDEO]) Well, everyone is aware of the great relationship between these two brothers but do you know Randhir Kapoor is the one, who gave the name ‘Chintu’ to Rishi Kapoor. On May 08, 2020, the official page of Star World had released a clip from Karan Johar’s chat show, Koffee With Karan. In which Karan had invited Randhir Kapoor and Rishi Kapoor on his show, and Randhir ji had revealed the whole story, “In school, I had found a poem that had the following lines, ‘Chote se Chintu miya, Lambi si Pooch, Jaha jaaye Chintu miya, wahaan jaye pooch.’ Since he was the newly born, Chintu became his nickname.” Take a look.

Since, Rishi Kapoor ji’s demise, a lot of family members have been posting throwback pictures with him to cherish the beautiful memories that they had spent with him. But there’s nothing worse for a daughter than losing her hero, her saviour, her dad and this is the reason why it is hard for Riddhima Kapoor Sahni to bear this pain. On May 21, 2020, Riddhima took to her Instagram handle and share a series of throwback stories with her family from the time, when she was a little child, and her parents, Rishi Kapoor and Neetu Kapoor were happy and young. Talking about the pictures, in the first one we can see little Ranbir Kapoor sitting on the lap of his late father, Rishi Kapoor, while Riddhima can be seen sitting between her parents as her doting mom, Neetu Kapoor adorably caresses her face. In the second picture, Riddhima is sitting between her parents, as they seem to be indulged in a conversation with someone. The second last photo is a close-up shot with her dear daddy, Rishi Kapoor, and the last one is a family picture, where she can be seen in her mother’s arms. Take a look. (Also Read: Sushmita Sen's Beau, Rohman Shawl Praises Her On Completing 26 Years Of Winning Miss Universe Crown) 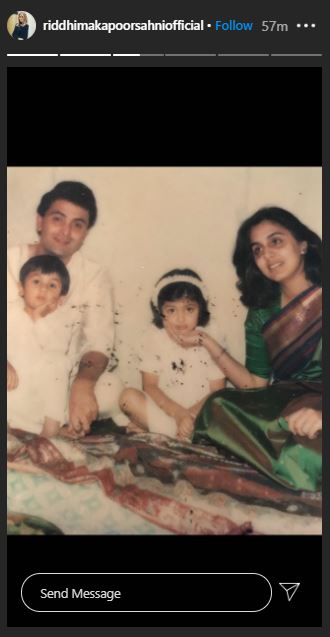 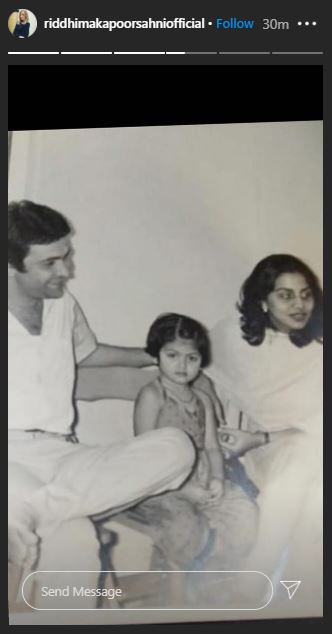 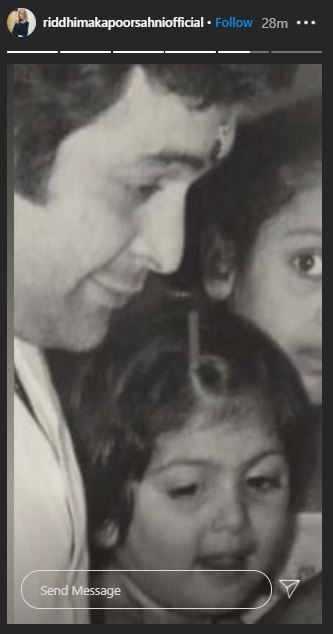 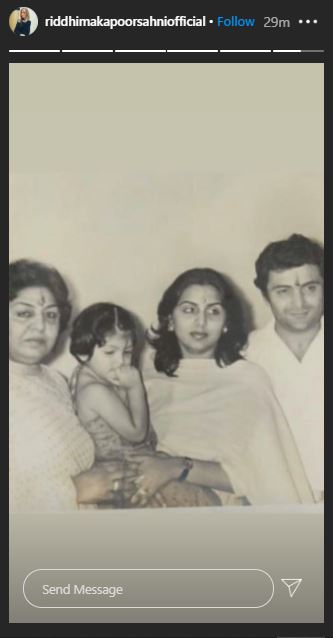 Everyone misses you Rishi ji, hope you’re in peace now!