‘Mrs Sonam Kapoor Ahuja’s’ wedding was all about glitz and super-good looks. It seemed that everyone wanted to look their best at the Bollywood’s A-listed fashionista’s wedding. Almost all the prominent faces of the tinsel town could be found at Sonam’s reception, held at The Leela, Mumbai.

Soon after netizens stayed up almost all night yesterday to witness (virtually) all their favourite celebs get all decked-up and candid. But, what surely made a lot of heads turn was the ‘together-entry’ of the latest rumoured ‘lovebirds’ Alia Bhatt and Ranbir Kapoor. Checkout the picture here: 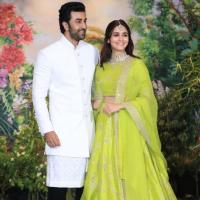 Alia and Ranbir were one of the best-dressed guests for the evening. Alia killed it in a beautiful lemon-green Sabyasachi lehenga, which she complemented with a big maang-teeka, a heavy choker necklace and smokey eyes. She carried her traditional look like a pro! (Also Read: Varun Dhawan Makes It Official, Walks Hand-In-Hand With GF Natasha Dalal At Sonam-Anand's Reception) 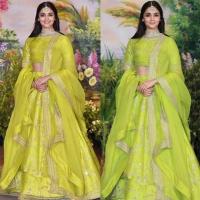 Ranbir Kapoor, as usual, looked dapper in a classic monochrome white Manish Malhotra sherwani. Take a look at ‘His Hotness’! 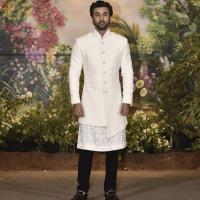 Latest buzz has it that Ranbir and Alia are spending quite a gala time with each other. The duo is working for a movie together, Brahmastra. Ayan Mukherji, who is Ranbir’s close buddy and is also the director of the film also posed with them for shutterbugs. Ranbir and Alia are reportedly spending a lot of time with each other on the sets of Brahmastra, in Bulgaria during its filming. (Don't Miss! Ranveer Singh, Varun Dhawan, Arjun Kapoor Thump And Beat 'Dhol' At Sonam's Reception, Video Inside!) 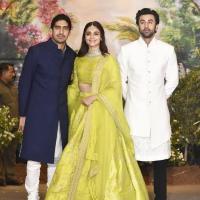 Alia has time and again, shared with the media about her fondness for Ranbir Kapoor. In a recent interview with Hindustan Times, Alia got all candid on the relationship she shares with Ranbir. She said, “I would definitely say that I’m fascinated by the kind of person he is with his vibe and behaviour. He is a really rare person and in the years that I have been alive, I haven’t seen many such people.”

In a talk show with India Today Television, Alia was asked who was her ‘biggest crush of all time’. To which the Raazi girl took Ranbir Kapoor’s name without ‘batting an eyelid’. She was then asked to choose her favourite between Ranbir Kapoor, Ranveer Singh and Varun Dhawan. Need we say who she chose? Yes, Ranbir Kapoor! Smell a potential relationship in the air? (Checkout! 'King Khan' Shah Rukh Khan Danced Crazily With Anil Kapoor-Ranveer Singh At Sonam Kapoor's Reception) 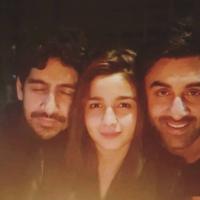 If you are Bollywood celebrity, you will definitely be paired with other actors. Alia opened up in the same show about dealing with link-up rumours. She shared, “I don't have to deal with them, because if it's true, it's true. And if it's false, it's false. Let's just say everything is not because of a movie and everything is not for publicity."

Alia, even if you are dating Ranbir or not, you two, make of the most beautiful jodis ever! Wish you all the best (for the movie)!