Raju Srivastav's Wife Shares An Old Video Of Late Husband Showcasing His Talent, And It's Not Comedy

Late comedian, Raju Srivastav's wife, Shikha Srivastav shared an old video of her husband in which he could be seen singing iconic singer, Kishore Kumar's famous song. Check it out!

In recent years, we have lost a lot of people in our respective lives. Apart from it, we have also seen many famous Bollywood stars bidding the final farewell to us in an untimely manner. One such celebrity, who died a few months back, was ace comedian, Raju Srivastav. The comedian, who is often labelled as the person, who has given PAN India recognition to comedians and put the art of stand-up comedy in front of an entire nation.

Undoubtedly, Raju Srivastav was the first person to become a famous comedian despite not coming from a film background in his initial years in the entertainment industry. The comedian had achieved so much in his life, but the place he made in the hearts of people is truly magnificent. 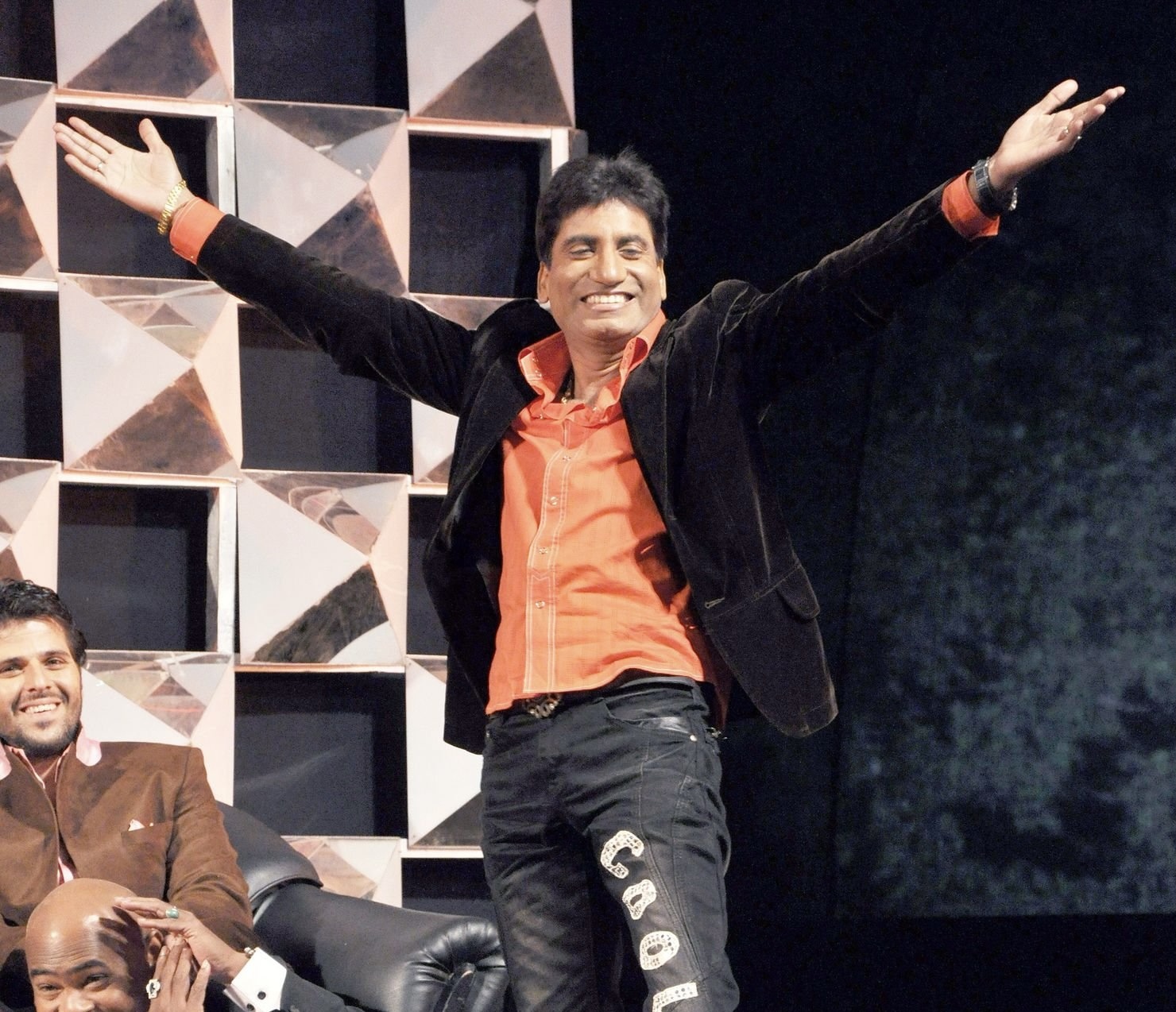 On October 21, 2022, Raju Srivastav's wife, Shikha Srivastav took to her Instagram handle and shared an unseen video of her late husband to remember him on his one-month death anniversary. In the rare video, Raju Srivastav can be spotted singing iconic singer, Kishore Kumar's famous song, Yaadon Main Woh Sapnon Main Hai, from the film, Swami (1977). The video moved every single fan of the late comedian in tears, and it was indeed an emotional moment for Raju Srivastav's family, friends, and loved ones. Although it's been a month since he had passed away, but it's still incredibly hard for everyone to digest the fact that he is no longer with us. Along with the special video, Shikha penned a note in the caption, and it can be read as:

"It's been a month since you're gone but we know you're still with us and will continue to be... (red heart emoji)."

For the unversed, late Raju Srivastava had passed away on August 10, 2022, and his untimely demise had shocked everyone. Although the comedian was admitted to the hospital prior to his demise, but no one in their wildest nightmare would have thought that he would leave them in the coming days. There's no denying in saying that even to this day, many of his fans are still finding it hard to make peace with the reality that their favourite comedian is no longer with them.

Don't Miss: Akanksha Puri Confirms She And Mika Singh Aren't Married, Explains Why She Isn't Going To Marry Him 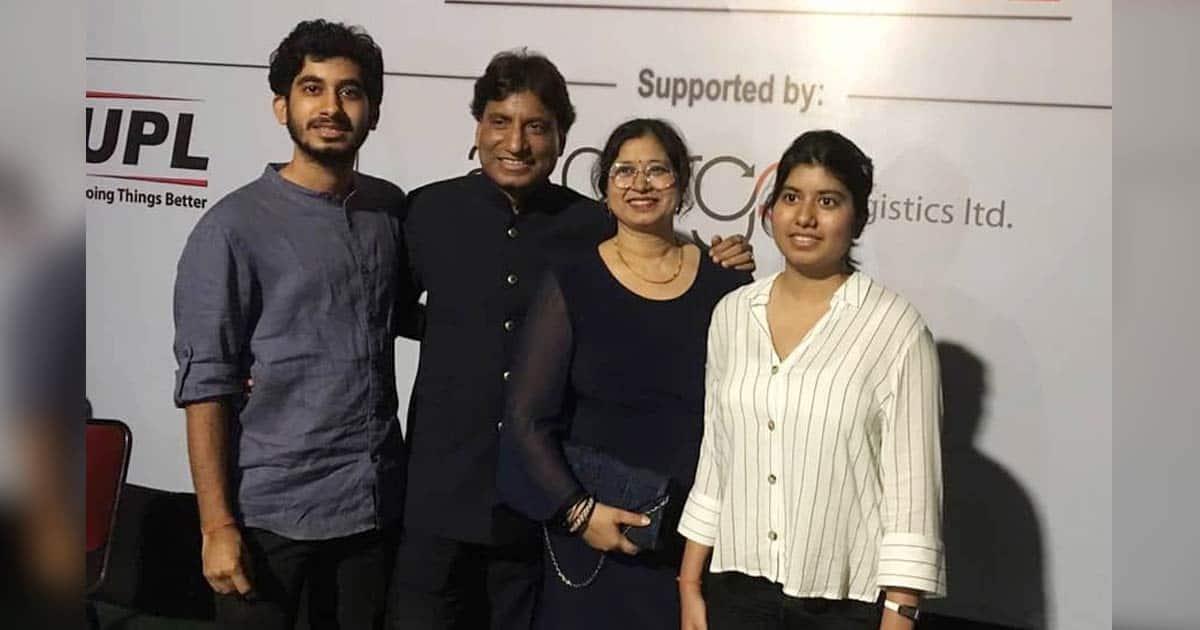 Another thing that many people sadly don't know about Raju Srivastav is the fact that he had acted in a lot of famous movies. Many people only remembered him as an exceptional comedian, unaware of the films in which he had played some memorable characters. Talking about the same, some of the most famous movies in which Raju Srivastav had acted are the likes of Maine Pyar Kiya, Aamdani Atthanni Kharcha Rupaiya, Main Prem Ki Deewani Hoon and many more. For the uninitiated, Raju Srivastav had passed away at the age of 58, due to cardiac arrest in Delhi's famous hospital, AIIMS.

Raju Srivastava's Daughter, Antara On How She Thought Her Father's Heart Attack News Was A Rumour 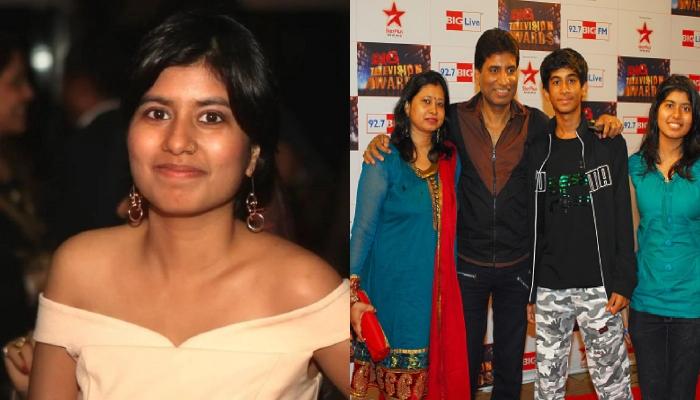 Popular comedian, Raju Srivastava left for the heavenly abode on September 21, 2022, leaving the entire nation shocked. The comedian was 58 years old when he took his last breath after suffering from a cardiac arrest. For the unversed, Raju Srivastava was known for his excellent comic timing. He rose