Rajpal Yadav Becomes A Father For The Third Time, Calls The Newborn Baby A Blessing On Navratri

Rajpal Yadav Becomes A Father For The Third Time, Calls The Newborn Baby A Blessing On Navratri 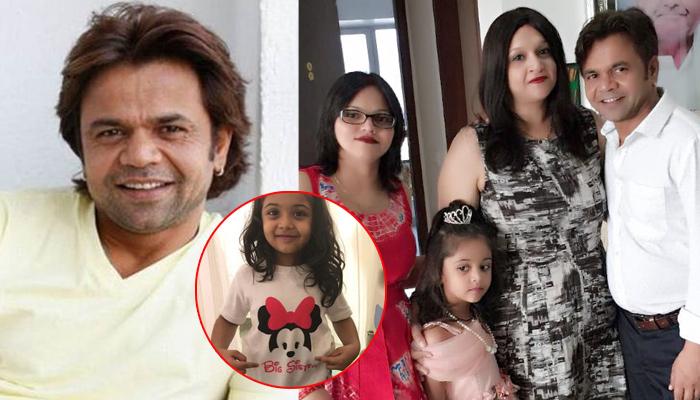 It doesn’t matter if we don’t get to see our favourite stars on television that often. Some actors and their performances stay with us and in no time, they become our favourite! Talking about the same whom we miss watching on the screen, who is that one famous Bollywood comedian who comes to our mind? Did we just hear ‘Rajpal Yadav’? You are so correct! (Do Read: Saira Banu Wishes Her 'Kohinoor' Dilip Kumar On Their 52nd Marriage Anniversary, Calls Him Her Jaan)

Yes, almost all films from the 2000's would have Rajpal Yadav in it. What started out as a mere cameo in films, his terrific performances made him the lead actor in many movies. Although we don’t get to see much of the Hungama actor these days on the big screen, but looks like Rajpal is busy spending time with his family. 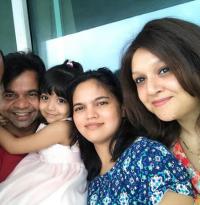 On Daughter's Day this year, Rajpal took to Instagram to post a beautiful family picture with an adorable caption. The same could be read as, "Radha and I are lucky to have 2 beautiful and a caring daughters! Can't remember what life was like before having kids! Love you both so much! Happy Daughters day." Here’s the picture: 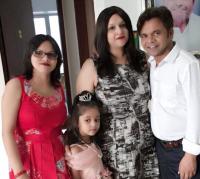 For all the Rajpal Yadav fans and for those who haven't heard much from the actor, the good news is that the actor became a proud father to a baby girl on the day of Navratri. Sharing a picture of his elder daughter, sporting a ‘big sister’ tee, this is what the Chup Chup Ke actor wrote, “My little Honey is now a Big Sister!! On this auspicious day of Navratri we are blessed with another daughter.” The same was followed by hashtags, "#bigsister #newmember #blessed #newbaby #happytimes #happynavratri." Here, take a look!

For the uninitiated, this is Rajpal's second marriage. The Main Meri Patni Aur Wohh actor was earlier married to a lady named Karuna. She passed away while giving birth to their daughter, Jyoti. Post which, Rajpal married a Canada-based girl named, Radhika on May 10, 2003 and they together have two daughters, now. Jyoti is an already married woman and the duo got married in a low-key wedding. Checkout a picture from the same:

Usually a stereotype that an actor should be tall, Rajpal Yadav dismissed all and managed to garner the limelight, solely through his performancne and perserevrance. Often being trolled due to is 5'3 ft height, this is what the actor shared in an interview with HT, "Height would be an issue for those who are uneducated. I remember watching The Great Dictator (1940), starring Charlie Chaplin. Voh bhi toh chhoti height ke aadmi the! (He was also short in height). But his work spoke volumes, and he emerged as a mountain of creativity, which no one has been able to move. In cricket, there would be bowlers as tall as six feet, but the ‘little master’ Sachin Tendulkar hit 100 centuries!” (Also Read: Soha Ali Khan And Kunal Kemmu Once Thought Of Adopting Child, She Reveals Interesting Details) 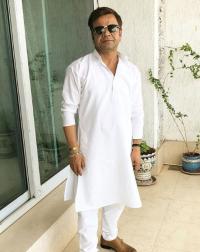 Rajpal was last seen in Varun Dhawan starrer, Judwaa 2. Not getting enough work these days, he stated, "No filmmaker is God. This film industry has been in existence for over 100 years now. Bade se bada filmmaker aaya aur gaya. Actor ke liye koi kuchh nahin karta hai (Many big filmmakers came and went, but nobody does anything for actors). If a filmmaker takes an actor in a film, it is only for his story.” He further added, "There are 200 actors out there. Why don’t the filmmakers cast them [instead]? Why does one have to feel afraid of filmmakers? Agar aap, as an actor, effort nahin karenge, toh koi aap ke liye kuchch nahin karega. Main sirf God ko ek superstar maanta hoon (If you don’t do well as an actor, no one will cast you)." (Don't Miss! Prince Narula Celebrates The Haldi Ceremony With His 'Boy Gang', It Made The Ritual Even More Fun)

Rajpal, tonnes of congratulations for embracing fatherhood for the third time! We can’t wait to see your little munchkin’s picture, soon.