Bollywood actress, Patralekhaa shared how love blossomed between her and Rajkummar Rao and how they spent time despite not going out on expensive dates.

In the times where people run away from long-term commitment, Bollywood actors, Rajkummar Rao and Patralekhaa prove that if the love is true, then one can go to any extent. However, it wasn't a cakewalk for them from the beginning as Patralekhaa had her own set of notions about him. Therefore, her man had to prove her wrong in order to woo her and this way, they have spent 11 long years with each other.

On November 15, 2021, Rajkummar Rao and Patralekhaa had tied the marital knot in an intimate wedding ceremony in Chandigarh. The actress had taken to her Instagram handle to share some surreal pictures from her wedding and had penned a heartfelt note for the love of her life. The actress had worn a red saree with golden zari work on it from Sabyasachi Mukherjee and Rajkumar had flaunted an embroidered raw silk ivory jacket with gold plated Bengal tiger buttons, paired with a Bangalore silk kurta and churidar. Along with the pictures, she had written:

"I got married to my everything today; my boyfriend, my partner in crime, my family, my soulmate...My best friend for the last 11 years! There is no greater feeling than to be your wife! Here’s to our forever." 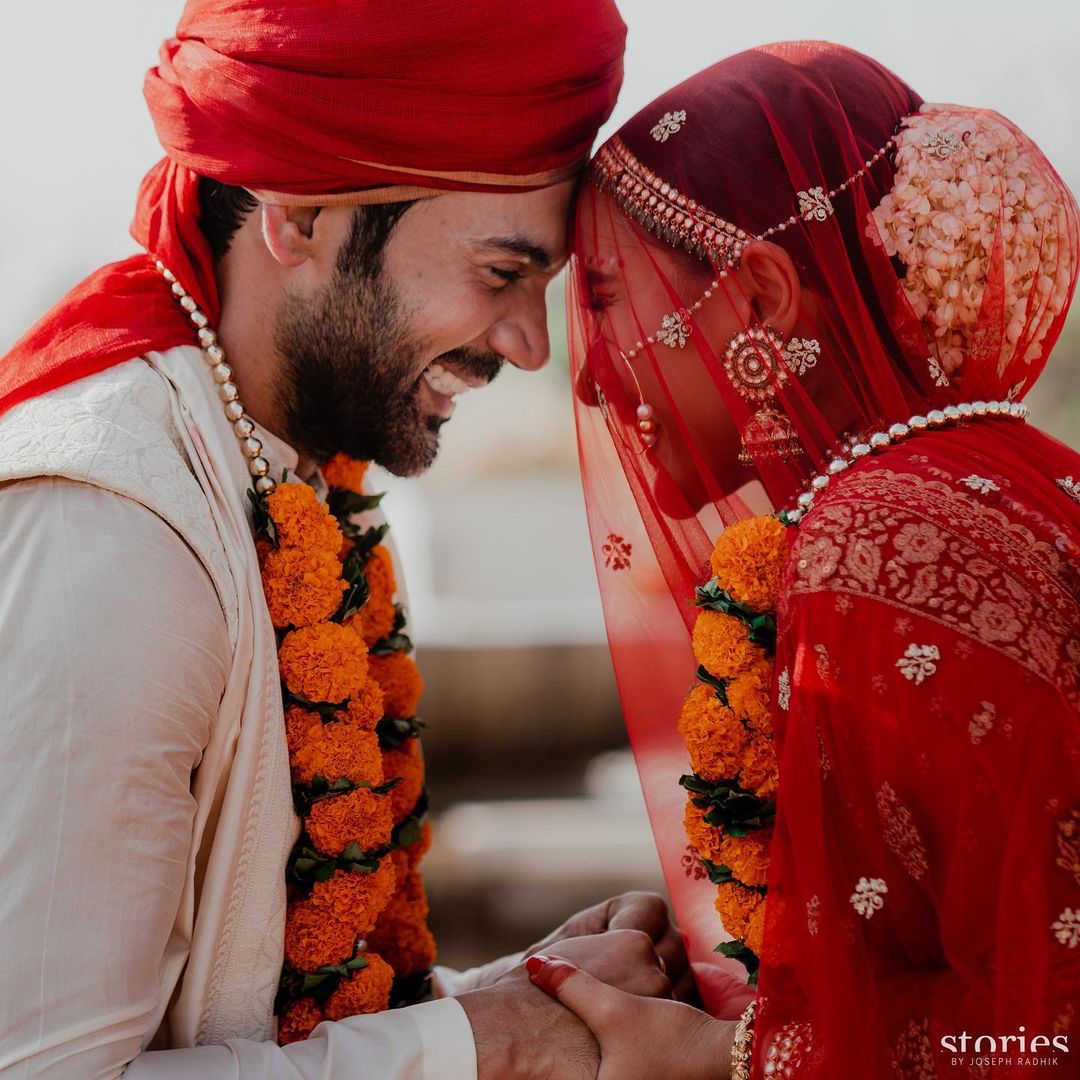 In a conversation with the Humans Of Bombay, Patralekhaa revealed her first notion of Rajkummar Rao after she had seen him in the movie, Love, Sex Aur Dhoka. However, for Rajkummar, it was love at first sight, as he was determined to marry her after seeing her in an advertisement. She said:

“I saw him for the first time in LSD. I thought the weird guy he played was actually what he was like. My perception of him was tarnished! He told me later, that he first saw me in an ad & thought, ‘I’m going to marry her.’ It was so ironic! Once we began working together–it was magic. The kind of passion he had was powerful & I couldn’t respect him any more than I did then! We spoke about our work, love for cinema, passions… I saw him through his struggles, never giving up. How could we not fall for each other?'' In the candid interview, Patralekhaa had revealed how her and Rajkummar's love story was not all about expensive dates, rather they would take a casual stroll or sit at home. In her words:

''We didn’t officially go on dates, but we’d go for drives, movies, or just sit at home. We accompanied each other for auditions, just for support. All we needed was that understanding. He’d often go out of his way for me. Once he was late to see me, so he ran all the way from the airport to Juhu! Not only that, but when we weren’t earning much, he gifted me my favorite bag–it was so expensive!''

Suggested Read: Puja Banerjee Enters The 'Mandap' In A 'Palki', Kunal Verma Rides The 'Ghodi' In A Green 'Sherwani' Going further in the interview, Patralekhaa spilt the beans on how the expensive bag gifted to her by Rajkummar Rao was stolen in London. However, it was the actor's gesture that deserves applause. She stated:

''Years later, someone stole it in London! I called him sobbing–for me, it was about the memories. He’d bought it for me when he didn’t have much. Later, at our hotel, the exact same bag was waiting for me. These little things make me realise how lucky I am to have him. And the best part is, he always says he’s the lucky one. Isn’t that what a relationship needs? To remind each other how grateful we are? He told me once that after I met his mom, she said, ‘I have a feeling she’s the last one I’m meeting.’ She was right–we’ve been together for 8 years.'' 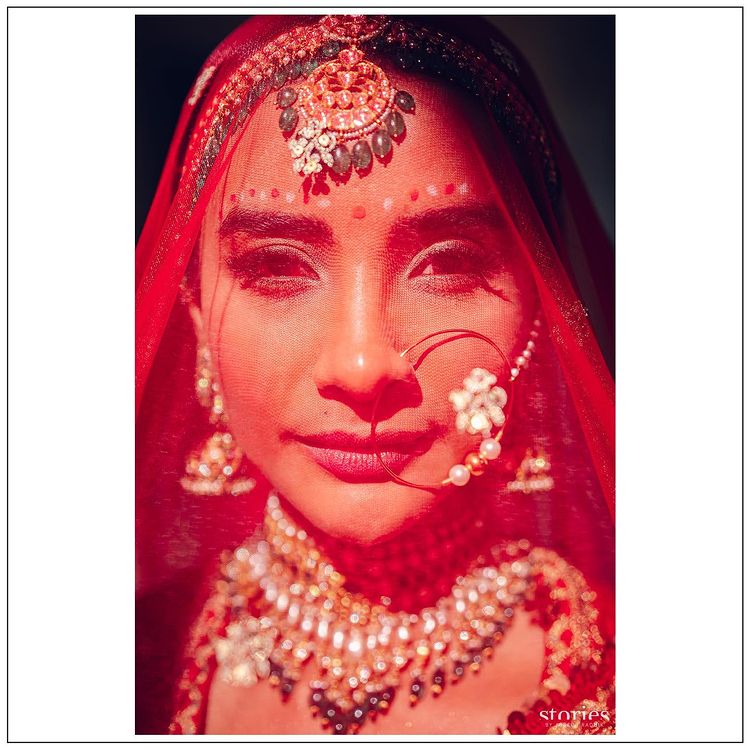 Patralekhaa concluded by adding how Rajkummar Rao treats her equally and opened up on her opinion of what true love is all about. Sharing that it is not all about expensive dates and gifts rather how one can hold onto each other, the actress explained:

''We’re equals–when an article said, ‘Rajkumar with his girlfriend, Patralekhaa’, he retweeted–‘Patralekhaa with her boyfriend Rajkumar.’ I can tell you this, when you find the one–through the fights, hurdles & chaos, you should never forget to let them know you love them. It doesn’t have to be with expensive gifts & dates–it can simply be with the way you hold them while they need it & when they don’t. For us, we don’t know what the future holds, but this, being together, is enough.” 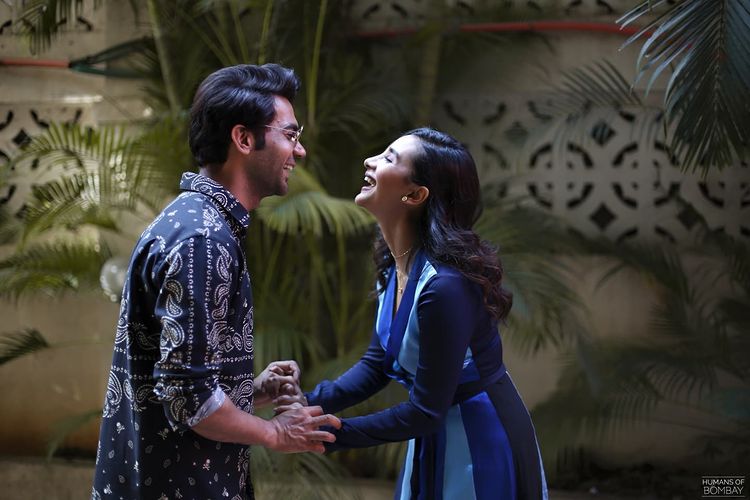