One of the most inspirational couples of the B-town, Rajesh Khattar and Vandana Sajnani Khattar has inspired millions of couples out there with their heroic journey to achieve parenthood. It was on August 24, 2019, Rajesh and his wife, Vandana had shared the happy news of becoming parents after trying for eleven long years. The actress had become a mother at the age of 52, and it was her will and determination that she was able to deliver her baby successfully after a difficult pregnancy journey. (Recommended Read: Suhana Khan Shares An 'Oops' Moment With Her Bro, Aryan And Cousin, Alia From Their Clubbing Session)

Now, on her birthday, her husband, Rajesh Khattar is making sure that his wifey's birthday has a great kickstart. The doting hubby took their son, Vanraj's help to wake up his mother on her birthday and shared the adorable video of that cutesy moment. Scroll down to see it!

Vandana Sajnani Khattar Was Trolled For Becoming A Mom At 44, Shares Being Called 'Dadi' Of Her Son

Neliima Azeem Credits Her Ex-Husband, Rajesh Khattar's Wife Vandana For A Friendly Bond Between Them On October 24, 2020, Bollywood actor, Raj Khattar took to his Instagram handle and wished his actress-wife, Vandana Sajnani Khattar on her birthday. The actor shared an adorable Boomerang and some pictures of their little son, Vanraj Khattar waking up his mother on her birthday. Along with these beautiful pictures, the actor wrote a caption, and it can be read as "Wake up mumma, its ur #happybirthday rise n shine @vandanasajnaniofficial & #letthefunbegin #bliss #yuvaanvanrajkhattar." Take a look: (Don't Miss: On Prabhas' 41st Birthday, His Alleged Girlfriend Anushka Shetty Shares Cute Wish, Calls Him 'Pupsu')

For the uninitiated, Rajesh Khattar was earlier married to Neelima Azeem, with whom he has a son, Ishaan Khattar, who had made his Bollywood debut with the film, Dhadak. The popular actor had then married to actress, Vandana Sajnani and the two had gone through their own share of ups and downs in their journey to achieve parenthood. The couple had gone through three miscarriages, 3 failed IVFs, IUI and had even faced failure at surrogacy. 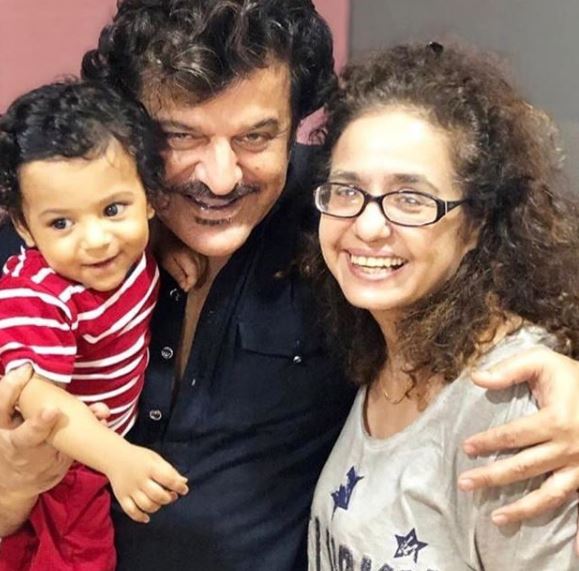 However, the couple was informed that Vandana was pregnant with twins last year, and their happiness had reached many notches higher. But once again, unfortunately, during the course of pregnancy, Vandana and Rajesh had lost one of their babies, and in fact, due to the same, she was hospitalised for a couple of months. On Janmashtami, i.e., August 24, 2019, Rajesh and Vandana had welcomed their baby boy after being married for 11 years. Just like any other newbie parent, Rajesh is on cloud nine after the arrival of the baby. Talking to Bombay Times, he expressed his happiness and even revealed what the couple had gone through all this while and had stated, "The mother and son struggled throughout the journey, and finally, our little Krishna arrived home on Janmashtami. This is the most beautiful gift bestowed on us by the Gods." (Also Read: Kareena Kapoor Revealed How Saif Ali Khan Reacted When He Got To Know About Their Second Pregnancy) 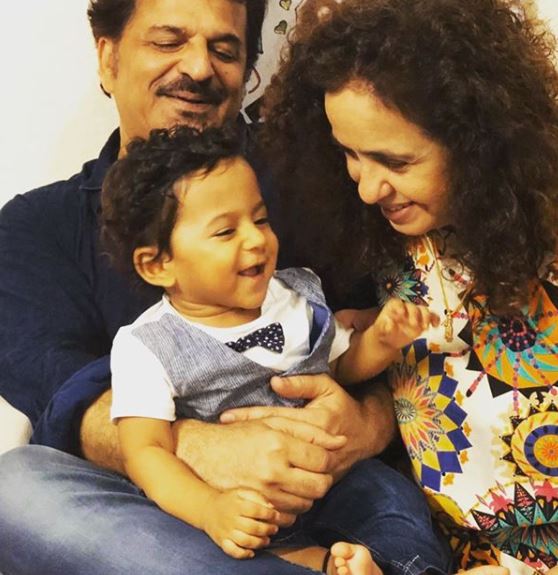