'Baahubali: The Beginning' fame, Prabhas received a beautiful wish from his rumoured girlfriend, Anushka Shetty on his 41st birthday. Take a look!

The celebrity rumours never stop working no matter what and keep on churning linkup stories of our favourite stars. Ever since Prabhas and his rumoured actress-girlfriend, Anushka Shetty has floored us with their sizzling on-screen chemistry in Baahubali: The Beginning and Baahubali 2: The Conclusion, fans have been rooting for their off-screen romance too. (Recommended Read: Kareena Kapoor Revealed How Saif Ali Khan Reacted When He Got To Know About Their Second Pregnancy)

There have been a lot of reports about their relationship rumours in media, despite a clear no from both the stars in various interviews and media interactions. The fans of this beautiful rumoured couple are still holding on to their hopes of seeing them together one day. Now, on Prabhas' birthday, Anushka shared a cutesy wish for him. Scroll down to take a look!

On October 23, 2020, Baahubali: The Beginning fame, Prabhas celebrated his 41st birthday and received millions of wishes from his fans, friends, and family members on different social media platforms. However, there was one wish that caught the attention of everyone, as it was from Prabhas' rumoured girlfriend and popular South Indian actress, Anushka Shetty. The actress shared the trailer of his upcoming film, Radhe Shayam and called him 'Pupsu' in her cutesy caption. Her caption can be read as "Happy happy happy birthday pupsu... totally love the feel and look of radhe Shyam ... looking forward UV creations, Radha Krishna garu ,Pooja , cast and crew... all the very best." Take a look: (Don't Miss: Neha Kakkar Flaunts Her 'Chooda' As She Dances Her Heart Out With Rohanpreet Singh On Their 'Sagan')

Earlier this year, in an interview with the Pinkvilla, Anushka Shetty had talked about the core and the most significant reason behind her and Prabhas' constant relationship rumours in media. The actress had credited their fantastic on-screen chemistry and the fact that none of them is married till now. She had explained, "We are usually linked up because both of us are not married and make an amazing on-screen pair. Had there been anything between both of us, it would have been out by this time." 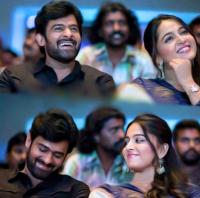 On October 4, 2020, South Indian actress, Anushka Shetty had taken to her Twitter handle and was interacting with her fans, when one Twitter user had asked her about her and Prabhas' wedding picture that was going viral on the internet. After which, the actress had clarified the truth behind that candid wedding photo and had revealed that it was taken by one of the crew members of her and Prabhas' second movie together, Mirchi. Her tweet could be read as "A candid pic taken when discussing the shot made a beautiful poster for Mirchi .. a movie close to my heart UV creations first movie Pramod, Vamsi, Vikki." Take a look: (Also Read: Late Comedian, Deven Verma And Legend, Ashok Kumar's Daughter, Rupa Ganguly's Unseen Wedding Photo) 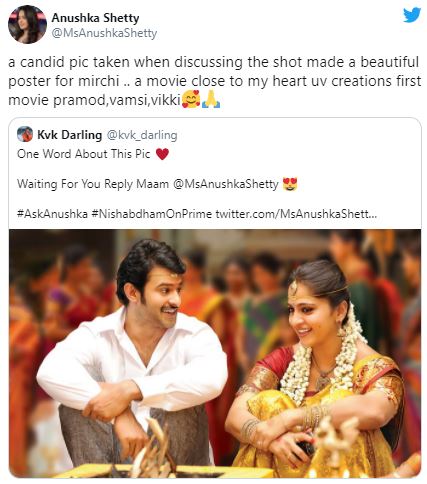 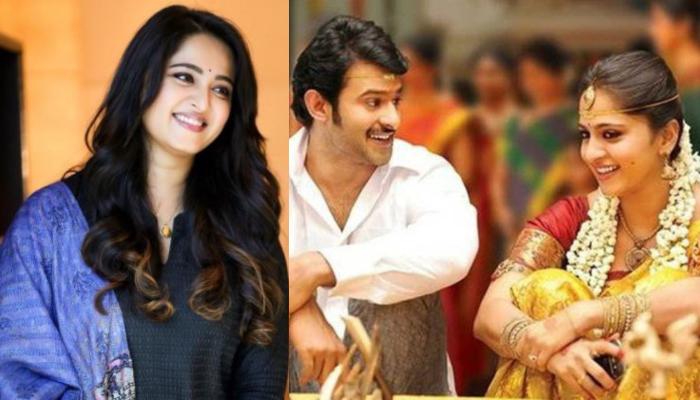