The year 2020 is undoubtedly one of the worst years in our memories. We had mourned the demise of a lot of gems from the glamour world, who had gone way too soon. South Indian cinema's favourite actor, Chiranjeevi Sarja's death had shocked his fans. The saddest part is, at the time of his death, his wife, actress, Meghana Sarja was expecting their first child! Life goes on, and even if our loved ones are not with us, we always have their memories to cherish. (Recommended Read: Tina Ambani Wishes Her Niece, Anatara Motiwala And Husband, Mohit Marwah On Their Anniversary)

Rucha Gujarathi And Husband, Vishal Jaiswal Welcome Their Baby Girl In Their Home [Pictures Inside] 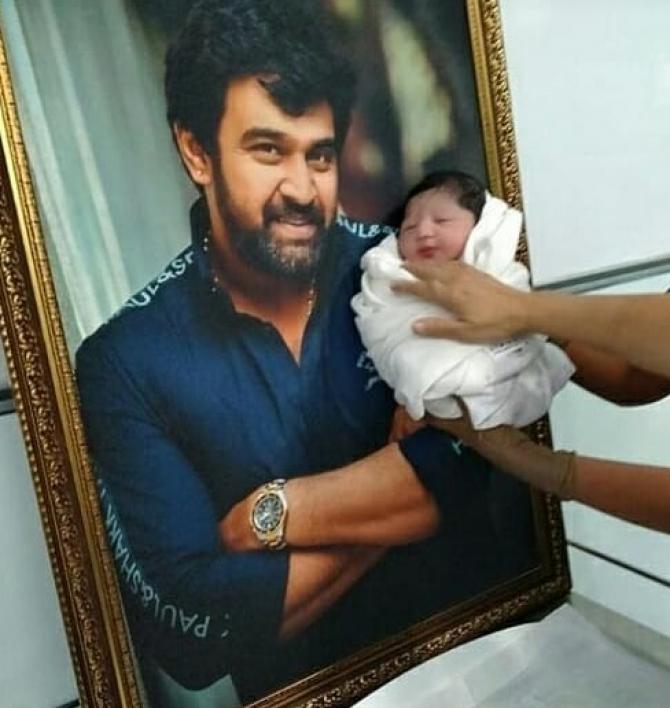 Chiranjeevi Sarja's last movie, Rajamaarthanda's trailer, was released by his five-month-old son. The doting mother, Meghana Sarja shared the cute video on her IG handle, in which we can see Jr Chiru on his mother's lap, who held his finger and made him launch the trailer. Alongside the video, Meghana wrote, "#Rajamaarthanda trailer launch by Jr. C. Appa na putta rajakumaara." Check out the video below:

In an interview with The Times Of India, Meghana Raj had recalled the dreadful day of her husband’s death and had revealed, “The day started off like any normal Sunday. Prerana (Dhruva’s wife) and I were just outside the house along with Dhruva when my father-in-law called us in saying Chiru had collapsed. We had never seen him like that. He'd lost consciousness and then regained it for a bit.” She also shared his last words to her when he had regained consciousness and shared, “All I remember is that in the brief moment that he had regained consciousness at home, he had told me, " Don't get tensed. Nothing will happen to me.”" (Also Read: Gauahar Khan Dances With 'Pati', Zaid Darbar On 'Ek Main Aur Ek Tu', Dressed As An Old-School Couple) 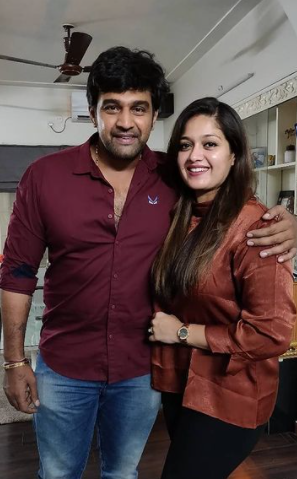 After one month of Chiranjeevi Sarja’s death, Meghana had penned an emotional note remembering him. She had taken to her IG handle and had shared a picture of her late husband from the remembrance ceremony and had written, “My Dearest Chiru .... Chiru is a CELEBRATION... has always been, is and will always be... I know u wouldn’t have liked it any other way! Chiru, the reason i smile... what he has given me is most precious... MY FAMILY.. the JUST US... together we will always be for all eternity baby ma and each day will be just the way u like it! Filled with Love, laughter, pranks, honesty and most importantly Togetherness. WE LOVE YOU BABY MA!” In an interview with The Times of India, Meghana Raj had talked about her life as a mother and how she is acing the role of both a father and mother to her little bundle of joy. Calling motherhood one of the toughest jobs, Meghna had recalled how she had witnessed one of the lowest phases of her lives when she was pregnant and it was her mother, who had stood like a pillar of strength for her. She had also revealed that her son, fondly called Jr. Chiru looks exactly like his father, late Chiranjeevi Sarja. Meghna had then talked about how she often sings lullabies for her little one and most of them are songs from Chiru’s films. Believing that her late husband had returned to her, Meghana had stated that she would imbibe all the qualities of her husband in her son. (Don't Miss: On Chiranjeevi's 42nd Wedding Anniversary, His Son, Ram Charan Shares Priceless Photo Of His Parents)