Jasmin Bhasin And Aly Goni Arrive At Disha-Rahul's Sangeet, The Former Looks Gorgeous In A Saree

Jasmin Bhasin And Aly Goni Arrive At Disha-Rahul's Sangeet, The Former Looks Gorgeous In A Saree

Rahul Vaidya and Disha Parmar's wedding is nothing short of a fairytale. The duo had started their journey on a very romantic note on the television show, Bigg Boss 14, and finally, the confession from both sides, that had taken place on the reality show, has led them to shaadi ka mandap today. On July 16, 2021, the duo got tied in the holy bond of marriage and every function surrounding their wedding was surreal. And now their fans are eagerly waiting to get glimpses from their sangeet ceremony.

A few hours ago, Rahul and Disha had already marked their presence in Grand Hyatt, Mumbai and had started gearing up for the final rehearsals before the sangeet takes place at night. A video of Disha practising Bole Chudiyan from Kabhi Khushi Kabhie Gham had gone viral a few hours back and we can't wait to witness her performance. Not only that, Rahul's BFF from Bigg Boss 14, Aly Goni was also spotted practising for the night in full swing. And after seeing so much, fans wait to get glimpses from their sangeet ceremony!

Rahul Vaidya Goes On A Vacation With His Girlfriend, Disha Parmar, Shares A Cute Picture With Her

Recommended Read: Rahul Vaidya Recalls His First Night With His Wife, Disha Parmar, Reveals How His 'Mama' Teased Him

On July 17, 2021, Rahul Vaidya and Disha Parmar hosted a grand sangeet ceremony for their entire industry friends and family. The couple and their friends were rehearsing for this day for weeks ahead. A few seconds ago, we spotted Jasmin Bhasin and Aly Goni cutely posing for the video. The actress looked gorgeous in a saree. On the other hand, Aly was seen wearing a Nehru jacket. Check it out below: 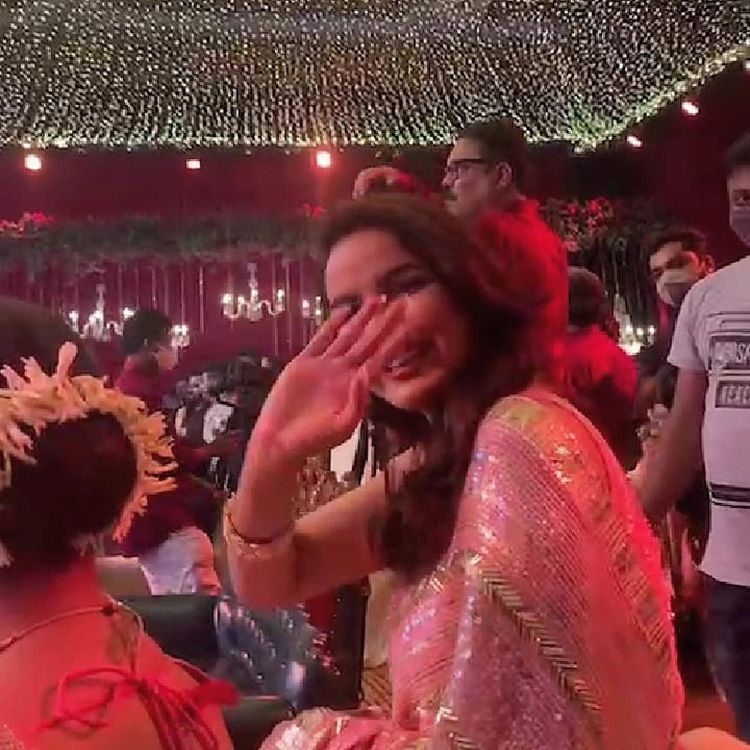 The way Disha Parmar and Rahul Vaidya had stunned everyone with the arrangements at their lavish wedding and reception, everyone including the shutterbugs are waiting eagerly to get the first glimpse of the duo at their sangeet ceremony. Rahul's friend, Rakhi Sawant and Arshi Khan, were one of the first guests to have arrived at the venue. In fact, in a video, Rakhi has expressed her excitement for Rahul's sangeet and shared the expensive gift she has bought for Disha. On the other hand, Arshi Khan told her fans that she is all set to be part of the grandeur.

A few hours ago, Rahul and Disha had a fun session with their close-knit family members as they had arranged for lunch in the afternoon. Stating an experience of ho his mamaji knocked on the door after his first night with an excuse to take his jacket, the members of the Vaidya family cracked upon listening to the incident. He also thanked his mama for coming at 8 am and for disturbing his sleep. We also got a glimpse of Rahul singing Soch Na Sake as he made way for his beloved, Disha towards the stage, in front of his family members and has increased the expectations of many girls from their would-be-husbands.

On July 16, 2021, after the oh-so-romantic wedding, Disha Parmar and Rahul Vaidya had amazed us with their extremely amazing performances. While Disha had donned a shimmery saree, Rahul carried a matching tuxedo. The duo had also cut a five-tier cake on which R and D were inscribed. Disha had taken everyone aback by pairing her saree with sneakers and the couple gave some really power-packed performances for the first time as Mr and Mrs Vaidya. 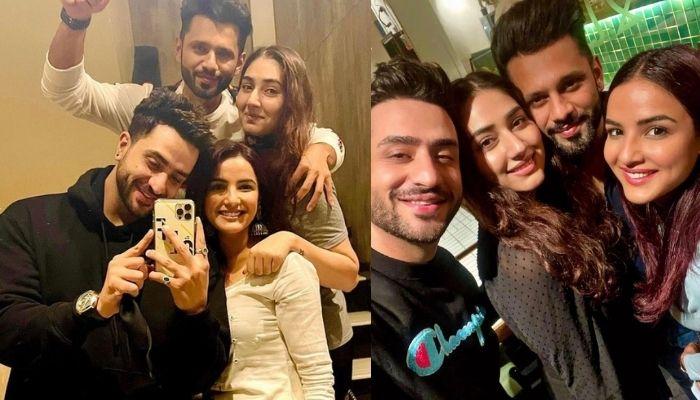 Rahul Vaidya and Aly Goni’s friendship dates back to the time when they were together in the Bigg Boss 14 house. Just like 'Jai-Veeru', Aly and Rahul always stood by each other’s side. Aly and his girlfriend, Jasmin Bhasin, had danced with happiness when Rahul had proposed to his ladylove,