Rahul Vaidya's Mom Gifts His GF, Disha Parmar A Saree And Nath For Their First Gudi Padwa Together

Rahul Vaidya's Mom Gifts His GF, Disha Parmar A Saree And Nath For Their First Gudi Padwa Together

Rahul Vaidya and Disha Parmar celebrate their first Gudi Padwa together. His mother gifts her future daughter-in-law a traditional saree and nath for the celebrations. Pictures inside!

Rahul Vaidya and Disha Parmar’s relationship had become official when the singer had proposed to his ladylove on national television on her birthday. Rahul had asked Disha to marry him, making it one of the most adorable moments in the history of the reality show, Bigg Boss. Rahul was often teased by his housemates and the host, Salman Khan about Disha’s response and just like her man, the actress too had made a grand entry in the show, just to say 'Yes, I will marry you' to Rahul.

Also Read: Harshdeep Kaur Gets Back To Her Fit-Self After One Month Of Delivering Her Baby Boy, Hunar Singh

Rahul Vaidya's First Look As A 'Dulha', Looks Dapper In A 'Sherwani' As His Sister Accessories Him

It was on Valentine’s Day that Disha had visited the sets of Bigg Boss 14 for her man, Rahul Vaidya. While Salman Khan was teasing Rahul, saying that Disha has rejected his love, Rahul, who was earlier feeling dejected, was left baffled seeing Disha inside the house, wearing a ruffled red saree. Disha had accepted Rahul’s marriage proposal on national television and the two had kissed each other through a thin glass wall. Disha had hilariously mentioned that she will only marry Rahul if he plans for a big wedding and a bigger ring, to which Rahul had happily agreed. Since then, the two have been living their happy life together as a couple and planning their wedding.

As the nation is observing Gudi Padwa today, which marks the beginning of a New Year for the Maharashtrian community, Rahul and Disha are also celebrating their first Gudi Padwa together. In a conversation with Bombay Times, Rahul and Disha shared their plans on celebrating the onset of the Marathi New Year together. Disha, who is celebrating her first Gudi Padwa with Rahul and his family, shared that Rahul’s mom has gifted her nath and traditional Maharashtrian nauvari saree. Sharing her excitement, Disha said, “I will celebrate it the way Rahul and his family do it every year — perform the puja, decorate the gudi and hoist it. Nothing is more special than celebrating a festival with family. I was also excited about donning the traditional Maharashtrian attire and the nath.”

Rahul recalled the Gudi Padwa celebrations done in his family and called it a homely affair. He said, “Gudi Padwa is all about waking up earlier than usual, getting ready, performing the puja, hoisting the gudi at home followed by tucking in lots of yummy puranpolis. My mom rolls out some of the best puranpolis every year on this day, and that has been a highlight of this festival for me.”

Disha has been living in Mumbai for eight years and is aware of the festival, but this is the first time that she will be celebrating the occasion. She shared, “Now that my partner is a Maharashtrian, I look forward to learning more about it. Although I was a part of the celebrations on the set of my last show, Who Apna Sa, this is my first proper participation.” Disha also plans to cook some traditional Maharashtrian dishes for Rahul’s family. Sharing that she will learn to cook from Rahul’s mom, she said, “Though I am an amateur cook, I hope to learn something from Rahul’s mom.” Disha also shared a video from the celebration on her IG handle to wish her fans in Marathi and Hindi, where the two can be seen making Gudi for the puja.

Disha and Rahul had attended his friend’s wedding in March 2021and later, the actress had shared a few stunning pictures from a photoshoot held during those days. It was one picture that had caught everyone’s attention as Disha was seen flaunting her henna clad hand. In the picture, Disha had looked gorgeous in a purple dress, and the henna on her hand had garnered the limelight as the actress had her beau, Rahul’s initial designed in her mehendi. While Disha had asked her followers to caption the picture, ‘Dishul’ fans as the couple is called by their fans, could not help but notice Rahul’s initial on Disha’s hand. While one user had commented, “She has got a R on her hand with mehndi,” other one had written, “any one noticed R in mehandi.” 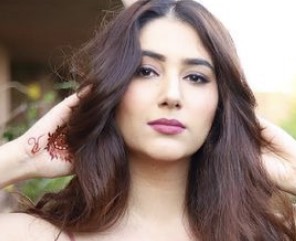 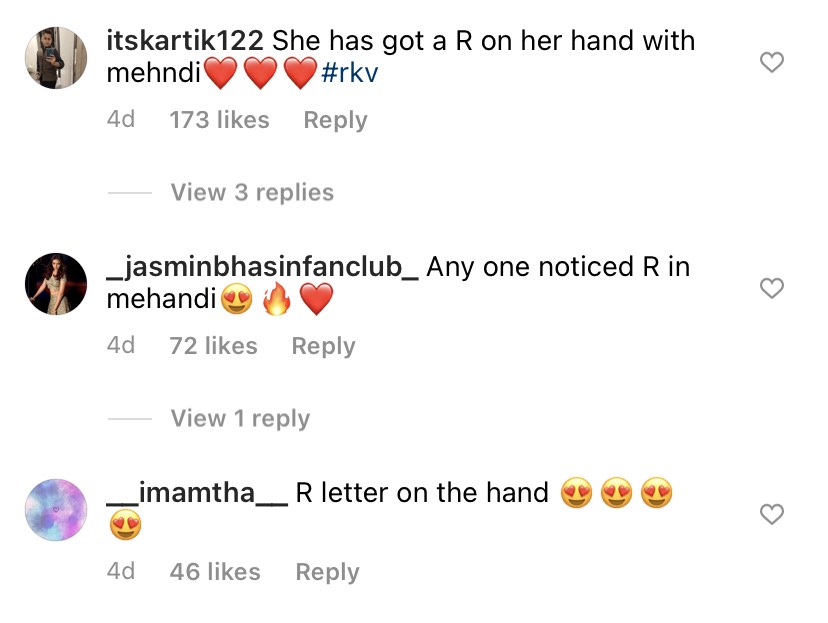