Raghu Ram and wife, Natalie are all set to embrace parenthood. On October 19, 2019, Raghu posted an adorable picture of himself and his wife, flaunting her baby bump. 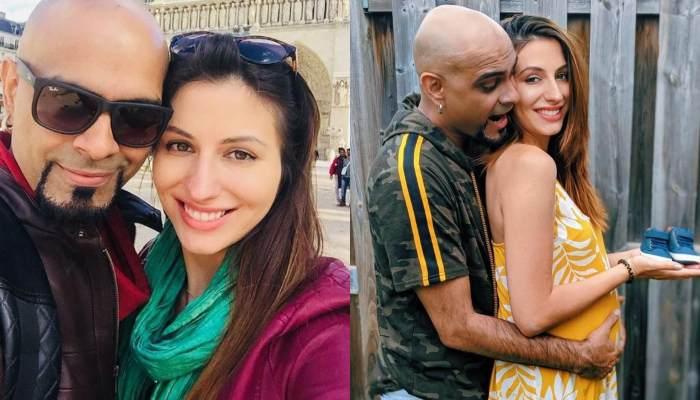 Everything is fair in love and war and when it is about love, everything else takes a backseat. The whole feeling of being with someone, sharing your emotions, taking suggestions, every aspect of a relationship becomes meaningful. From the late-night chats to having jitters in the stomach when you are with your special someone, the whole feeling of being in a relationship is just magical and out of this world. (Also Read: Mohena Kumari Flaunts Her Exclusive Mangalsutra Which Accentuated Her Royal Wedding Look)

Reality show king Raghu Ram and his beautiful wife are all set to embrace parental duties. Raghu, who was earlier married to actress, Sugandha Garg, parted their ways due to reasons best known to them. Raghu began a new journey of life when he decided to marry Italian-Canadian singer, Natalie Di Luccio. They tied the knot in December 2018 in Goa with close friends and family. In August, Raghu shared the news of the duo embracing parenthood. 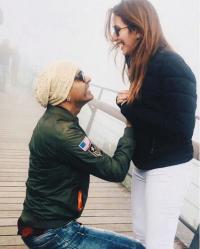 On October 19, 2019, Raghu took to his Instagram handle and shared a beautiful picture of him with his wife, Natalie. In the picture, Natalie was seen in a black swimsuit. She was looking beautiful with her pregnancy glow and was also flaunting her baby bump. The elated daddy also posted a caption along the picture which could be read as “Pregnant and Rocking it!! #Babymoon @nataliediluccio“. 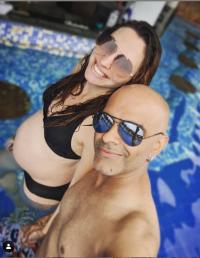 On August 4, 2019, Raghu took to his Instagram handle and shared the big news of becoming a daddy. He posted a picture with Natalie, where an elated Raghu was seen holding Natalie and she was holding a little pair of shoes. With the picture, Raghu wrote, "Getting ready for the biggest adventure of my life yet! @nataliediluccio #OverTheMoon." 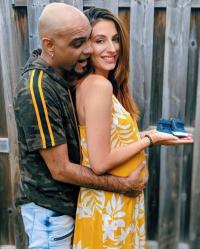 Raghu in an interview with the Mumbai Mirror had talked about Natalie and had stated that his ex-wife, Sugandha was the first one to know about his relationship with Natalie. He had also shared, "Sugandha was the first one to know about Natalie from me. She said that if she had to pick a girl for me it would be her. They've had many conversations behind my back. I am sure Sugandha has given some advice on the dos and don'ts with me. She also told me about the mistakes I should avoid making this time." (Also Read: Rashami Desai's Rumoured BF, Arhaan Khan Reveals Truth About Getting Married To Her Inside BB House) 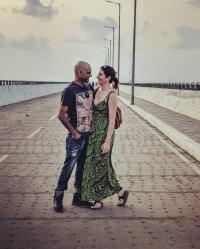 Raghu had also revealed how he had fallen in love with Natalie and had stated, "I forwarded her videos to a few friends. Later, she was in Mumbai and apparently everyone she met asked her to connect with me. When we finally did in 2011, she put up a picture with me on Facebook and everyone warned her against me. We met socially once or twice over the years. I always found her sweet, gentle and graceful. We decided to meet up and we got along really well. One thing led to another and here we are. On March 26 last year, we made it official as a couple, Natalie has really taken me by surprise." 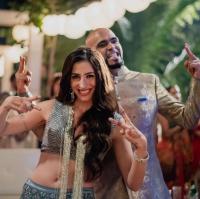 Raghu introduced Natalie as the love of his life on social media in March 2018, where he expressed his feelings and wrote, “@nataliediluccio you once told me that you needed to believe in Magic. Well, here’s your proof. You walked into my life a year ago today... and impossibly, everything inside me changed! I feel Love. I feel Happiness. I feel Hope. I feel. Again. All because of you! It has been a beautiful year of Love, Laughter & Adventure. Happy anniversary, baby! Keep believing in Magic. And that Happily Ever After is now. I love you.” 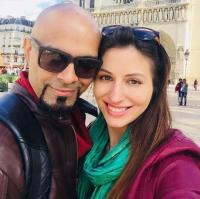 After his separation with ex-wife, Sugandha, Raghu had released a statement on his social media handle which had stated, “Our relationship has changed over time. Today, we might not be a couple, but we are still the best of friends. The disconnect was bound to happen. The important thing is that we started off as friends, and we realised that if our relationship isn’t working, then it is best to stay friends. We have prioritised our friendship over everything else. I am happy about that, and so is she.” (Also Read: Amitabh Bachchan, After Discharge From Hospital Posts Heartwarming Pictures With Aaradhya Bachchan) 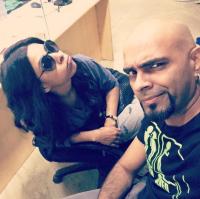 Natalie is looking so cute with that pregnancy glow. What do you guys think? Becoming parents is just not only a blessing but is also considered a phase where one becomes more responsible towards their duties. A couple undergoes through a complete change in their routine. While they engross themselves completely taking care of their little one, leaving very less time for each other.