Raghu Ram and his wife, Natalie DiLuccio were blessed with a baby boy. On January 18, 2020, Raghu’s ex-wife, Sugandha shared a heartfelt note for his newborn son, Rhythm welcoming him in the world. When you are in love and get married to the love of your life, all you want is the things to be just perfect and memorable for the two of you. But after some time when you realise that you have fallen out of love and no longer share a blissful bond of lovers with each other, you tend to part ways. Gone are the days when married couples stayed in the relationship for the sake of society. Now people have understood the fact that it is better to part ways at the right time so that things can be normal between the two. We have seen many perfect exemplars of such bonding. From Hrithik Roshan – Sussanne Khan to Raghu Ram - Sugandha, these couples have proved that a couple can be amicable with each other even after divorce. (Recommended Read: Mukesh Ambani, Akash Ambani And Shloka Mehta Look Picture Perfect At Javed Akhtar's Birthday Bash)

Who can forget the two bald brothers, who were famous for their bashing on the reality show, Roadies? By now you must have guessed their names, yes, we are talking about Raghu and Rajiv. Raghu and Rajiv have risen to fame with their unstoppable shouting on the contestants on the show. Talking specifically about Raghu here, he was earlier married to Jaane Tu... Ya Jaane Na actress, Sugandha Garg but the duo had ended their 10 years of marriage in 2018. Raghu had broken all the stereotypes and had announced his divorce by taking to social media. Sharing a picture with Sugandha, he had written, “Some things never change. Like the love I have for you. Like the fun, we have always had together. Nothing ends. It changes and the next phase begins #FriendshipGoals #DivorceGoals.” Sugandha had also shared the same picture and had captioned it as "It’s been a pleasure. All of it.I got you boo. #relationshipgoals #divorcegoals.” 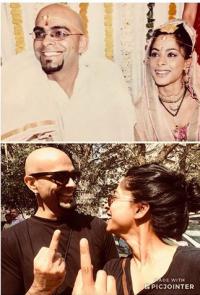 The duo has been a major inspiration to many couples out there and when Raghu had started feeling for a girl, Sugandha was the first person to know about his feelings. The duo has moved on in their lives and Raghu is happily married to Natalie Diluccio. Raghu and Natalie became proud parents to a baby boy on January 6, 2020, and to welcome him, his ex-wife, Sugandha shared a lovely picture along with a heartfelt note. Sharing a picture of Raghu carrying his newborn son in his arms, Sugandha wrote, “A photo to commemorate the passing of time.Welcome Rhythm...You’ve been born to warriors. @instaraghu @nataliediluccio  P.S: Please fly easy on advice and boxes of cool, progressive and modern. There is a brand new baby asking you to be relaxed and vulnerable..if you don’t then you know what’s gonna happen...the rhythms’ gonna get you.” 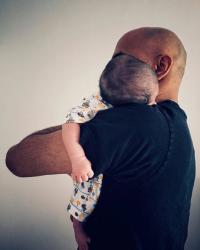 On January 10, 2020, Natalie Diluccio had taken to her Instagram handle and had shared a complete family picture and had written a wonderful note explaining the meaning of their son, Rhythm’s name. She had written, “I am Rhythm. I was born at the moment of creation. I permeate the universe. Like light. Like love. I am present in the very ebb and flow of life. I can be felt in every heartbeat. You can hear me in every song. I can be found in the changing of seasons and in raindrops falling on a face turned up to the heavens. I cannot be contained in any one culture. I transcend countries and continents. I am global. Nay, I am Cosmic. Eternal. I am Rhythm. Hello World!” (Suggested Read: Saif Ali Khan Reacts On Daughter, Sara Ali Khan's 'Aaj Kal' Trailer Says, I Loved My Trailer More) 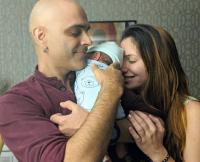 On December 12, 2018, Raghu had tied the knot with Natalie and his ex-wife, Sugandha had taken to her Instagram handle and had written a lovely congratulatory note for the couple. Sharing a picture from their wedding, Sugandha had written, “The new Mr. And Mrs. @instaraghu @nataliediluccio Congratulations..it’s going to be epic from the looks of it. one from me and the other one from zukzuk. We both love you both and can’t wait to see you back in Bombay! Ps: This is not about being strong or a role model or any other such title..the people in this picture are my friends and family. I’m very happy for them and this is their moment.”

Raghu Ram had released a statement announcing his divorce with Sugandha. The statement had stated, “Our relationship has changed over time. Today, we might not be a couple, but we are still the best of friends. The disconnect was bound to happen. The important thing is that we started off as friends, and we realised that if our relationship isn’t working, then it is best to stay friends. We have prioritised our friendship over everything else. I am happy about that, and so is she. The time we spent apart was too much, and the time we spent together wasn’t enough to sustain our connection. It’s better to be in each other’s lives as friends instead. It is not something we have taken lightly, and that’s why, it hasn’t been easy. But since we took the decision, it has been good.  Right now, it might seem casual, but it’s not. However, I believe that it doesn’t always have to be acrimonious.” 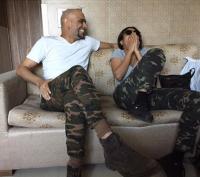 Sugandha, in an interview, had shared her point on her divorce with Raghu and had stated, “We still see each other very often. We decided that 2016 will be a new beginning with old friends and that’s what we are doing. We had a beautiful and special relationship. Ten years were very fulfilling for both of us, but we see that our relationship needs to go through a change from being a couple to being good friends. The best part about this (our divorce) is that Raghu and I are doing this together. If that was not the case, then it would have been difficult for both of us to handle this situation individually. We end up talking to each other about it and we keep a check on each other and ask, ‘Are you fine?’, and make sure so we are in this together. I don’t feel like I am fighting this alone. It continues to be very pleasant. We should get that (paperwork) underway very soon.” (Must Read: Chunky Panday's Wife, Bhavana Pandey Shares Unseen Wedding Picture On Their 22nd Wedding Anniversary)

We love Sugandha’s heartfelt note for Raghu’s newborn son, Rhythm! What about you?