'Shiddat' actress, Radhika Madan shared a few pictures on her IG handle, wearing a yellow dress worth Rs. 10,000. Check out!

Radhika Madan had started her acting career with the TV show, Meri Aashiqui Tum Se Hi in 2014 and her character, Ishaani Vagehla had made her a household name. However, after being a part of TV for a few years, Radhika had decided to try her luck in Bollywood and with her choice of unconventional films, she proved her mettle in acting. She had made her debut in Bollywood with the film, Pataakha in 2018 and went on to play cult roles in movies like Angrezi Medium, Mard Ko Dard Nahi Hota, and Shiddat.

Other than her acting skills, Radhika Madan is praised for her fashion game as she is often seen sporting some edgy looks that are blended with comfort. Be it her ethnic looks or her western style, Radhika totally knows how to ace her every look. Her sartorial fashion always manages to make a place in everyone’s heart and her social media handle is a treat for those, who have a knack for fashion. A few hours back, Radhika Madan shared two pictures on her IG handle, looking oh-so-stunning. She shared pictures from one of her photoshoots, dressed in casual yet chic attire. Radhika turned model for the designer house, July Issue, and opted for a yellow co-ordinator from their collection. She teamed a yellow bandeau top with double-frilled sleeves and tie-bow detail in the back, with a yellow ruched mini skirt. 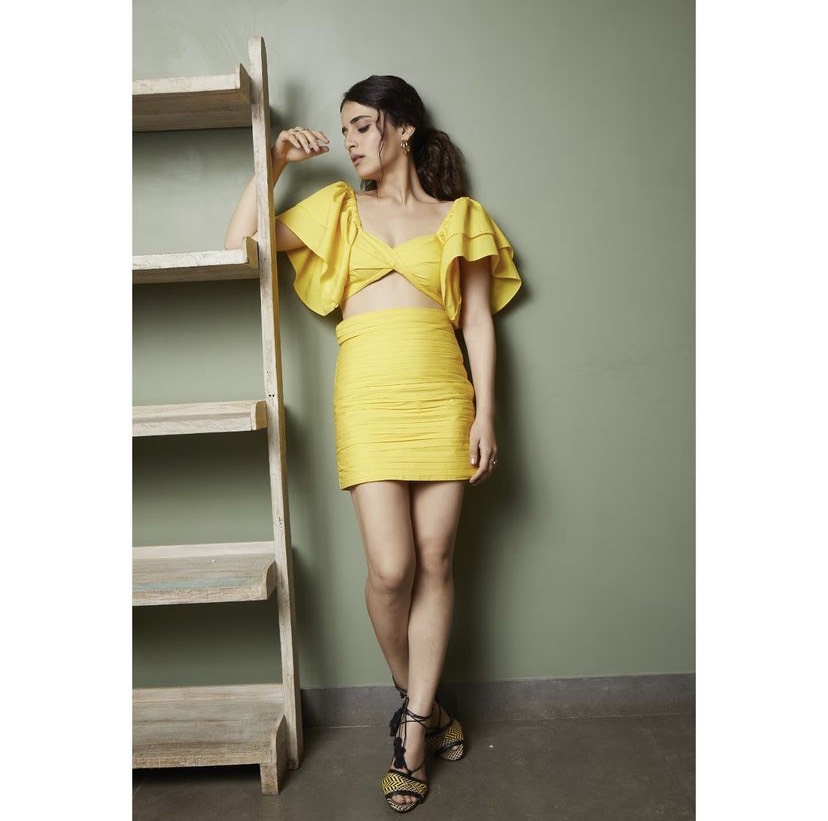 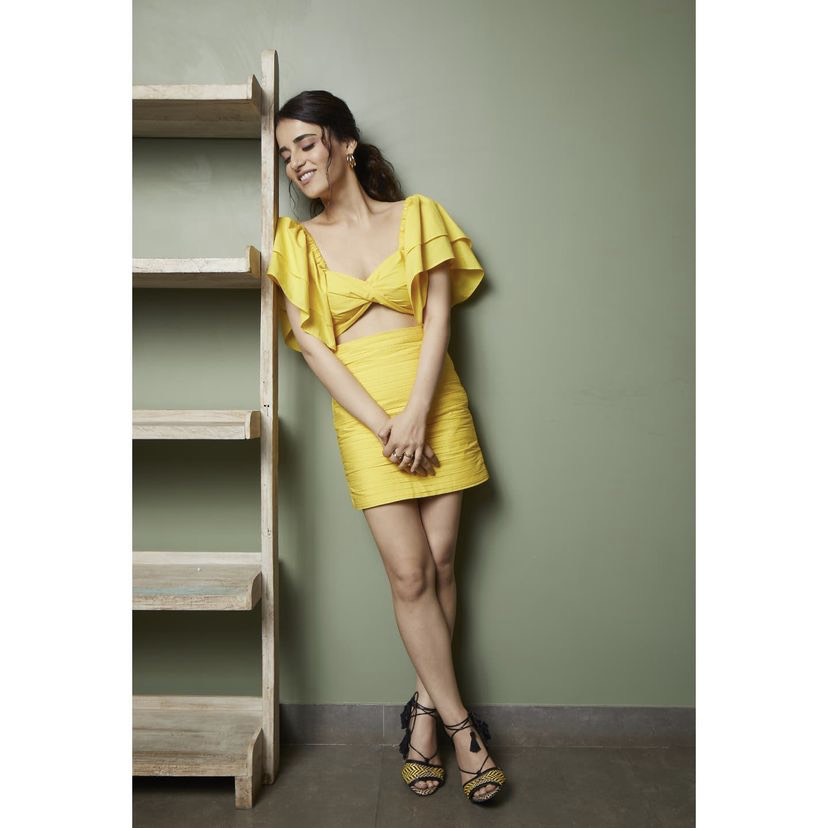 Well, Radhika Madan’s outfit was from the designer, Jyotsna Bisht’s fashion label, July Issue. The designer label is famous for their casual womenswear and luxury designs. The co-ord set worn by Radhika cost Rs.10k on the website of the designer house. 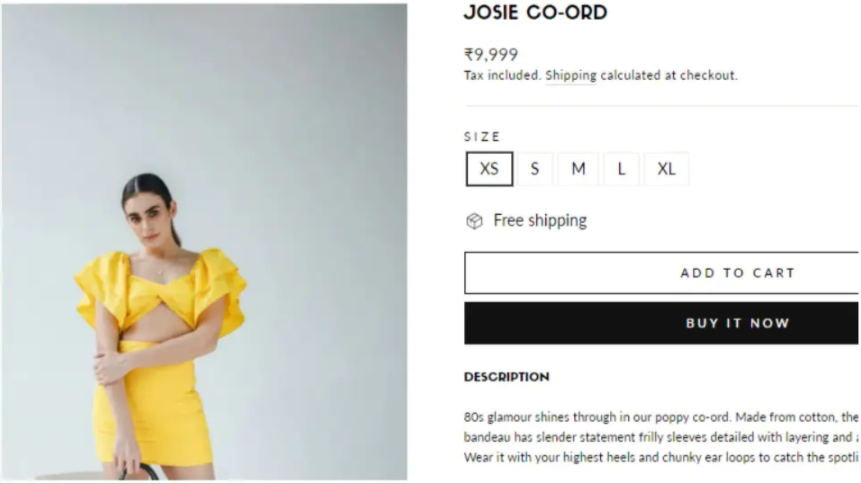 On October 28, 2021, Radhika Madan had posted a few pictures on her IG handle looking smoking hot. She was styled by Nannika Bhuptani and Ruchi Krishna for the shoot. She was wearing a golden embroidered bralette with a silk shirt and a corduroy skirt with golden embellished work. She had captioned the pictures as “Just hang'in there!” 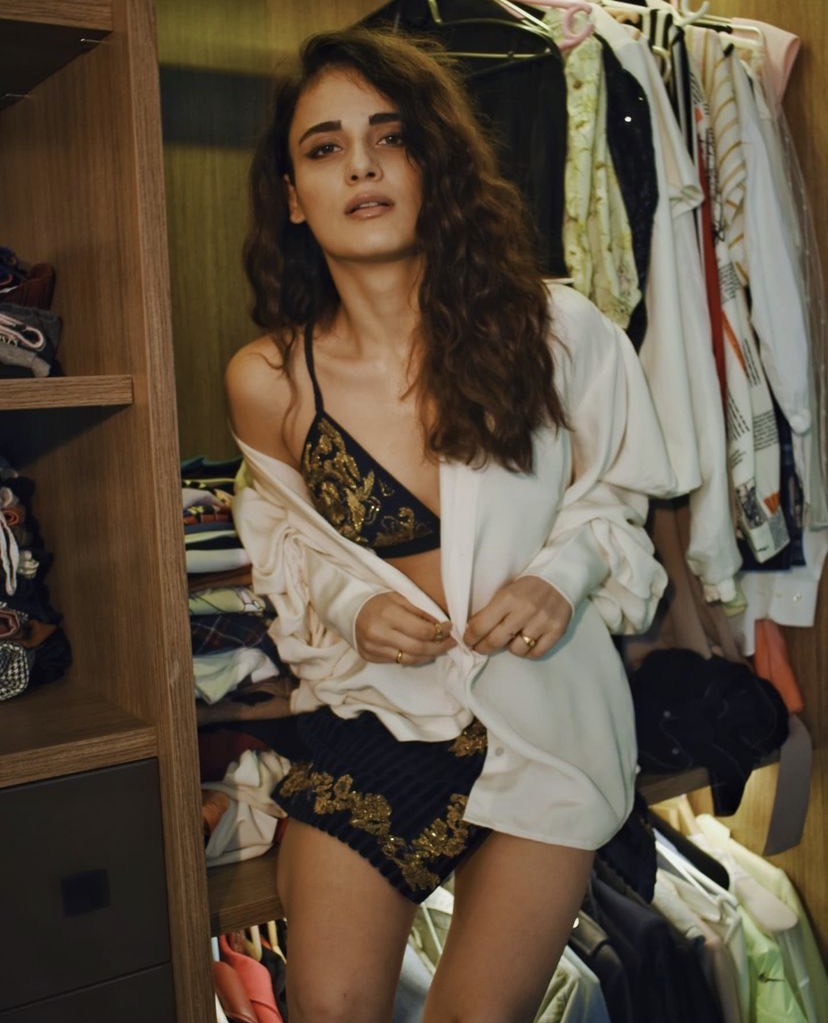 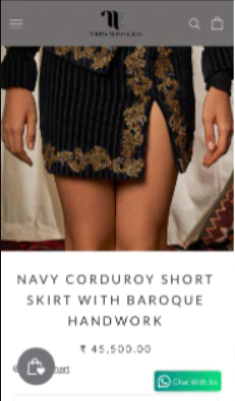 While promoting her film, Shiddat, Radhika Madan had stepped out wearing a black crop top and high-waist pants. However, her outfit had faced a severe backlash from the netizens. In an interview with the Hindustan Times, Radhika had talked about the same and had said:

Radhika Madan’s co-star, Sunny Kaushal, on the other hand, was highly impressed by her look. He had said:

“She was looking absolutely stunning, man. You remember you were getting into the lift to go down and I was inside the lift and I was like, ‘Whoa, wow!’ You know, Radhika has this beautiful trait - she is so self-assured about these things. I think even if something affects her, she probably just does this, which is so beautiful.” On the work front, Radhika Madan was last seen in the film, Shiddat!

Next Read: Ranveer Singh Spotted Wearing A Shiny And Quirky Sweatshirt From Gucci Worth More Than Rs 1 Lakh