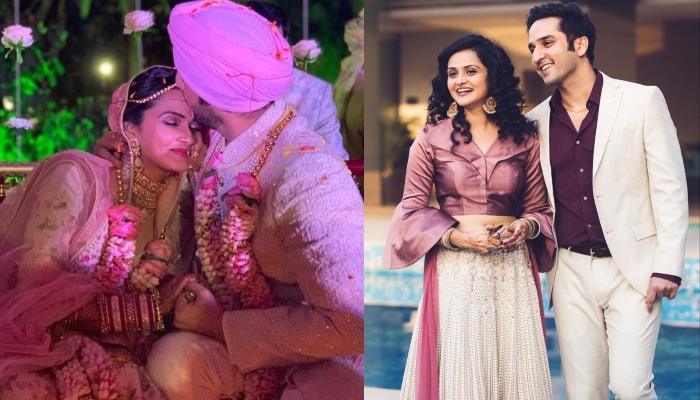 Being in love is one of the most amazing feelings and the best part of it is when you finally tie the knot with the one you love. And, looks like, the wedding season is not ending anytime soon in the world of glam and glitz. After Akash Ambani and Shloka Mehta’s grand wedding ceremony on March 9, 2019, television actor, Puru Chibber tied the knot with best-friend, Roshni Banthia on March 10, 2019, in Rajasthan. (Recommend Read: Unseen Video Of Anant Ambani's Girlfriend, Radhika Merchant Dancing With Mukesh Ambani)

Today (March 11, 2019), Puru took to his Instagram handle to share the first picture with his now-wife, Roshni from the wedding festivity. It is a candid click, wherein, we can see the couple showing off their love for each other. The actor captioned the picture as, “I can't thank you enough. Thank you my best friend, my life partner, my everything #purruhuaroshan”, followed by a heart emoji. Scroll down to take a look at the picture: 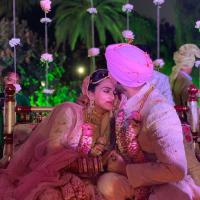 For those who don’t know, Puru and Roshni have been friends for 11-long-years before they finally decided to get hitched. On February 14, 2019, Puru did something exceptionally romantic for his muse as he popped up the question on a cruise. The actor had shared the same news on his Instagram handle and posted a picture with Roshni, showing off the love rings. Along with it, he wrote, “Shuru hui kahani achii waaliii”. (Also Read: Sussanne Khan Shares Her Life As A Single Mother To Sons, Hridhaan Roshan And Hrehaan Roshan) Puru and Roshni’s love-story is nothing less than a fairtytale. He met Roshni at a friend’s birthday party almost a decade ago and clicked instantly. In an interview with The Times of India, the actor had revealed the details of the same, he had said, “Roshni is my best friend. She is a photographer and web designer. Though we are very close, we had never thought of marriage.”

The Pavitra Rishta actor had further added, “However, last year, I felt that if I am sharing everything with her and feel so comfortable in her company, why shouldn’t she be my partner for life? Our wedding will be an intimate affair, as I feel that something as personal as this should not be shared with people you hardly meet. The date will be finalised soon and since Roshni’s family is not from the industry, I don’t want to reveal it.” (You May Also Like: Akash Ambani And Shloka Mehta Romantically Dance, Holding Hands On Their Wedding Reception) 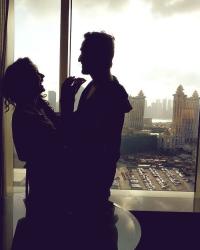 In the same interview, Puru talked about his love, Roshni, and had shared, “Roshni is a very relaxed and family-oriented person. She does not get hyper and is balanced. He further revealed an interesting story of his relationship, he stated, “On our first date, while I ordered coffee, she asked for a chikoo shake. I laughed at her choice and said, ‘In this day and age, who orders chikoo shake on a first date?’ I know that many people enjoy drinking it, but I just wanted to pull her leg. From that day, everybody in my family call her Chiqu.”

Puru was also linked up with his co-star, Aparna Dixit, although, he never accepted nor denied his relationship. In a throwback interview with The Times of India, Purru had refused to talk about the relationship status, and had stated, “All I want to say is that Aparna and I are still in a healthy friendship zone but I don't want to comment on my relationship status with her.” He further added, “I have never liked talking about my personal life in public and I still would prefer doing that. Yes, we don't meet often as compared to earlier owing to our schedules but I really don't want to talk about my personal space.” (Don't Miss: Watch Maroon 5 Performing Live At Akash Ambani-Shloka Mehta's Wedding Reception [Videos Inside])

Well, we wish a lifetime of eternity to Puru and Roshni!