Punit J Pathak is officially a married man and his post-wedding ring 'rasam' with wife, Nidhi Moony Singh proves why one must marry their best friend. Check out the video inside!

The wedding preparations go on for months, but time flies when the actual event happens. With so much of shor sharaba, dance, teasing and games, it feels like the days pass by in few seconds, and later it is only the memories that we are left with. Every couple looks forward to their wedded life and for every bride, it begins with some fun rasams in her sasural. From kangana khelne ki rasam to the ring game, all the post-wedding rituals play a major role in getting the bride familiar with her sasural. Dance Plus judge, Punit J Pathak is officially a married man now as he tied the knot with his long-term best friend, Nidhi Moony Singh in an intimate wedding. (Also Read: Divyanka Tripathi Turns 36, Gets A Birthday Surprise From Hubby, Vivek Dahiya In Their Hotel Room)

For the uninitiated, Punit J Pathak and Nidhi Moony Singh had first met on the sets of the popular dance reality show, Jhalak Dikhhla Jaa and the two had gotten engaged earlier this year in August. Now, their wedding pictures are being circulated over on the internet and amidst all these, we got hold of their post-wedding ring rasam.

Vicky Kaushal Showers Heaps Of Praises On Wifey, Katrina For Cooking 'Halwa' On Her First 'Rasoi'

Sugandha Mishra Prepared Sweets For Hubby, Sanket Bhosale And His Family For A Post-Wedding Ritual

'Dance Plus' Judge, Punit J Pathak Gets Married With Nidhi Moony Singh In An Intimate Ceremony It is said that the one, who finds the ring from the milk bowl first, leads the relationship post-wedding, and this makes this game even more fun. It brings a sense of competition between the couple and also gives a chance to the partner to shower some love on each other. Nonetheless, it is always fun to watch the fun banter of a married couple and Punit J Pathak’s ring rasam video will certainly make you go awww. In the video, we can see the bride and groom sitting on a dining table, holding hands with their eyes closed. As they are asked to start their search for the ring, Puneet accidentally placed his hand atop the ring and hearing his wife, Nidhi’s laughter and attempts to displace his hand, he himself gave up and allowed his wife to win. Their cutesy moment made our heart extremely happy. Check out the video below:

It was on December 11, 2020, Dance Plus judge, Punit J Pathak had tied the knot with his fiancee, Nidhi Moony Singh in an intimate wedding set-up in Lonavala. The ace choreographer had taken to his Instagram stories and had shared a lot of beautiful pictures and adorable videos from their wedding day. It was a beautiful resort in the Lonavala area close to the Mumbai city, where all the wedding ceremonies from mehendi to the wedding had taken place. A lot of television celebrities had come at the wedding to bless the adorable couple, who had looked mesmerisingly beautiful on their D-day in their respective outfits. (Don't Miss: Mandira Bedi's Daughter Records A Video For Santa Claus Demanding An Adorable Wish, Mom Shares It) 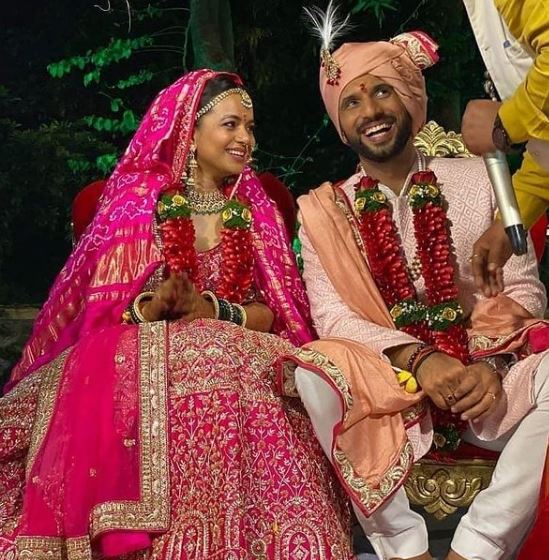 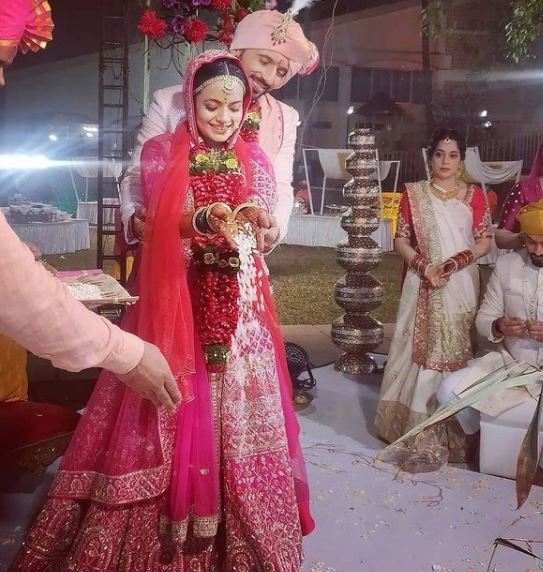 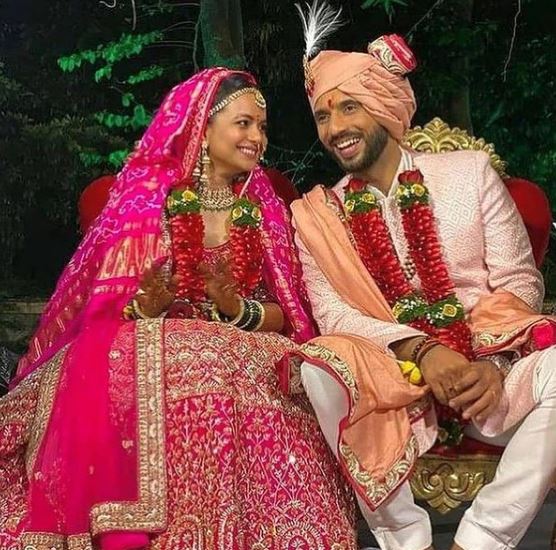 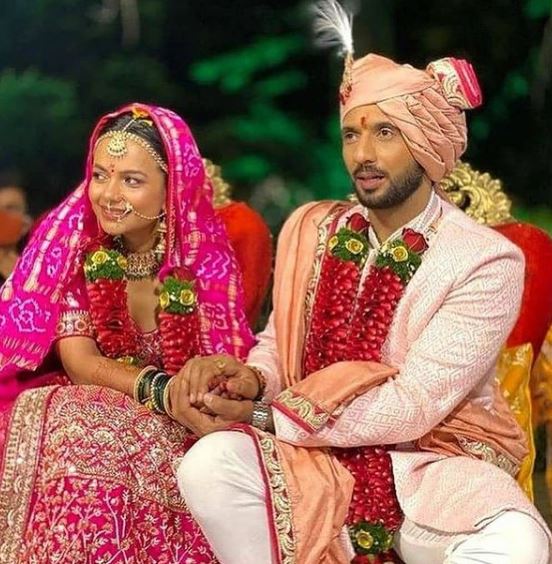 Before his marriage, Punit J Pathak had a candid conversation with the ETimes in which he had talked about his best-half, Nidhi Moony Singh and his excitement for their wedding and how they used to calm each other. He had explained, "It's a mix of emotions. Nidhi and I are trying to be as normal as possible, but after every half an hour I feel a rush of emotions signalling my brain that damn, I am getting married! Nidhi and I have talked about it, and we would like to keep things the way they are now or say the way they have been since the day we first met." The ace choreographer had also revealed that Nidhi was his best friend before becoming his wife, he had added, "Nothing can be better than getting hitched to your best friend." (Recommended Read: Mira Rajput Kapoor Turns Her House Into Christmas Theme For Her Kids, Misha And Zain [Pictures]) Aren’t Punit and Nidhi adorable together?