Divyanka Tripathi Dahiya and Vivek Dahiya are in Udaipur to celebrate the actress' 36th birthday. She received a grand surprise from her hubby in their hotel room. Check out the videos inside!

Divyanka Tripathi had met Vivek Dahiya on the sets of their show, Yeh hai Mohabbatein. The two had started off as colleagues and had gradually fallen in love with each other. After an engagement in January 2016, Divyanka Tripathi had officially added Dahiya to her name on July 8, 2016, after marrying her soulmate, Vivek Dahiya. Their wedding was viral on social media and everybody was talking about the union of these two beautiful souls. Their love for each other is impeccable and makes us believe in fairytales. (Also Read: Mira Rajput Kapoor Turns Her House Into Christmas Theme For Her Kids, Misha And Zain [Pictures])

Divyanka and Vivek love to travel around and celebrate the big days of their lives while travelling or holidaying. As Divyanka has turned 36, the actress along with her husband had jetted off to Udaipur a few days back and had started the birthday celebrations already. Divyanka and Vivek had treated their fans with their travel and celebration stories. Taking to his IG handle, Vivek had shared two cutesy pictures with Divyanka and had started her birthday countdown. His caption could be read as “And we’re back in one of our fav cities. Let the countdown to her birthday begin.” Other than this, Divyanka had shared pictures, posing from her room and calling it to be her kinda party. She had written, “My kind of party...begins! #BirthdayTravel.” Divyanka also shared a video showing the view from her room and wrote, “Yeh shaam...ab mere naam.” 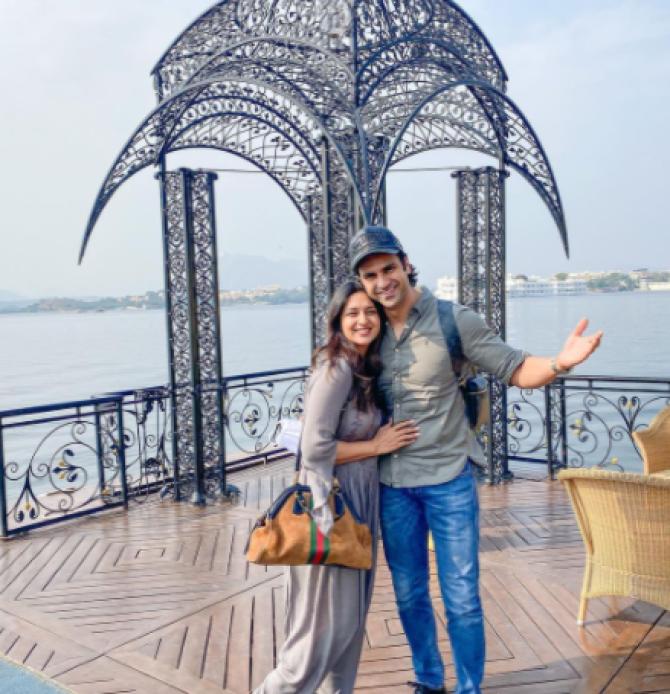 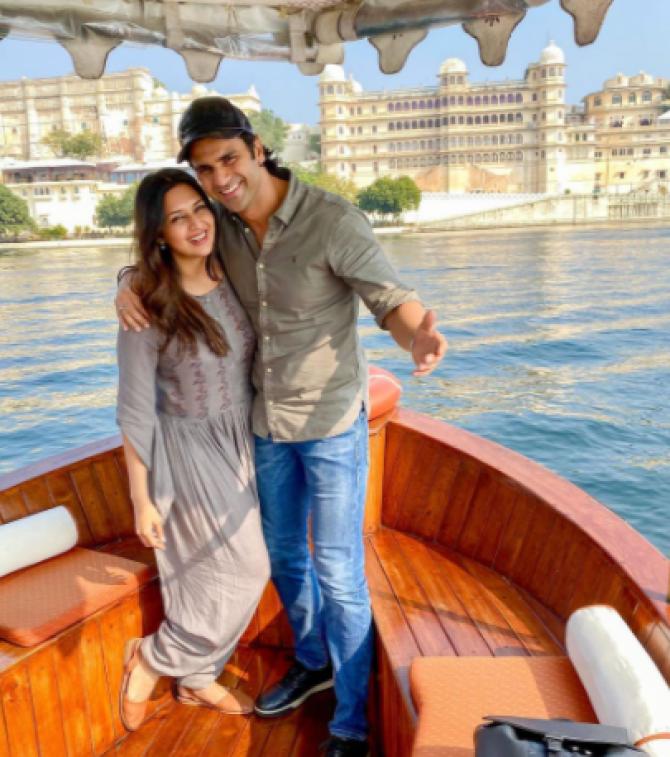 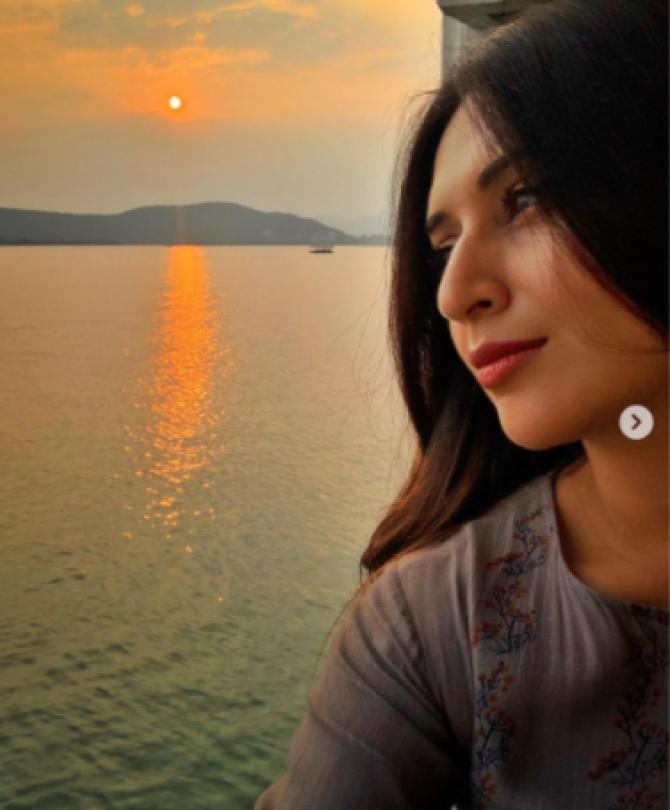 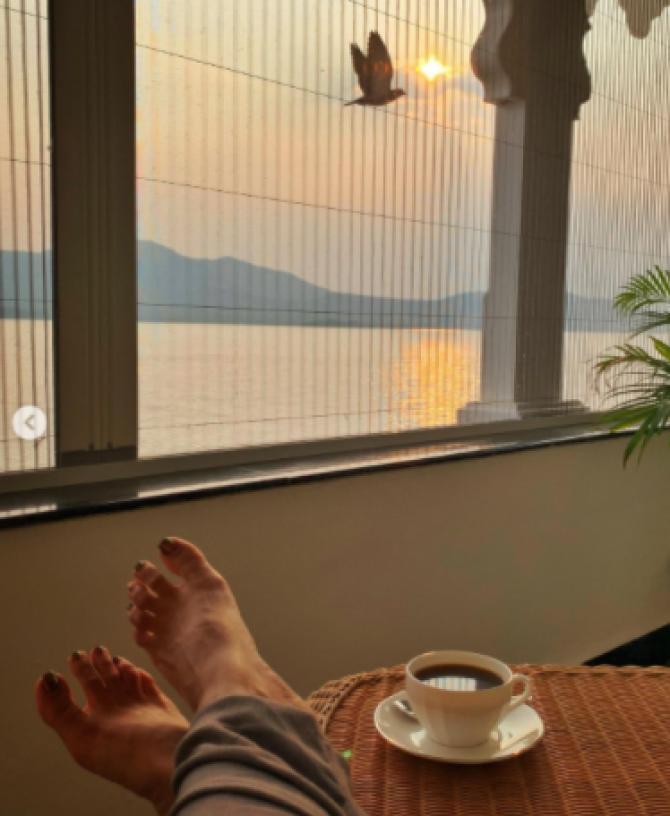 Now, the actress had finally ringed in her 36th birthday and after a dinner date, Divyanka was welcomed at her hotel room with a grand birthday surprise. Vivek arranged a surprise for his darling wife, a video of which was shared by the couple on their respective IG handles. In the video we can see, as soon as Divyanka entered her room, she witnessed a Rajasthani umbrella and behind it was a birthday cake for her and a photo frame with the couple’s picture. In another video story shared by Divyanka, we can hear Vivek saying how he baked the cake for his wife, in response to which the actress kissed his hands. The surprise left Divyanka overwhelmed as her hubby sang the birthday song for her. Take a look at Divyanka’s 36th birthday celebration below:

When Divyanka had turned 35 on December 14, 2019, to make her day super special, Vivek had taken her on a dinner date. The duo was holidaying in the UK and she had taken to her Instagram handle and had shared a couple of stories from her birthday celebration. In the pictures, we could see Divyanka and Vivek posing for happy selfies. The lovebirds were in London and had painted the town red. On December 17, 2019, Divyanka had taken to her Instagram stories and had posted a video of her hubby, Vivek dancing on the song, ‘pretty woman’ from the movie, Kal Ho Naa Ho on the streets of London. Vivek had looked adorable while dancing for his ladylove, Divyanka, who had joined him later and had shown her dance moves. Both Divyanka and Vivek’s dancing was a treat to the eyes. (Don't Miss: Mandira Bedi's Daughter Records A Video For Santa Claus Demanding An Adorable Wish, Mom Shares It) 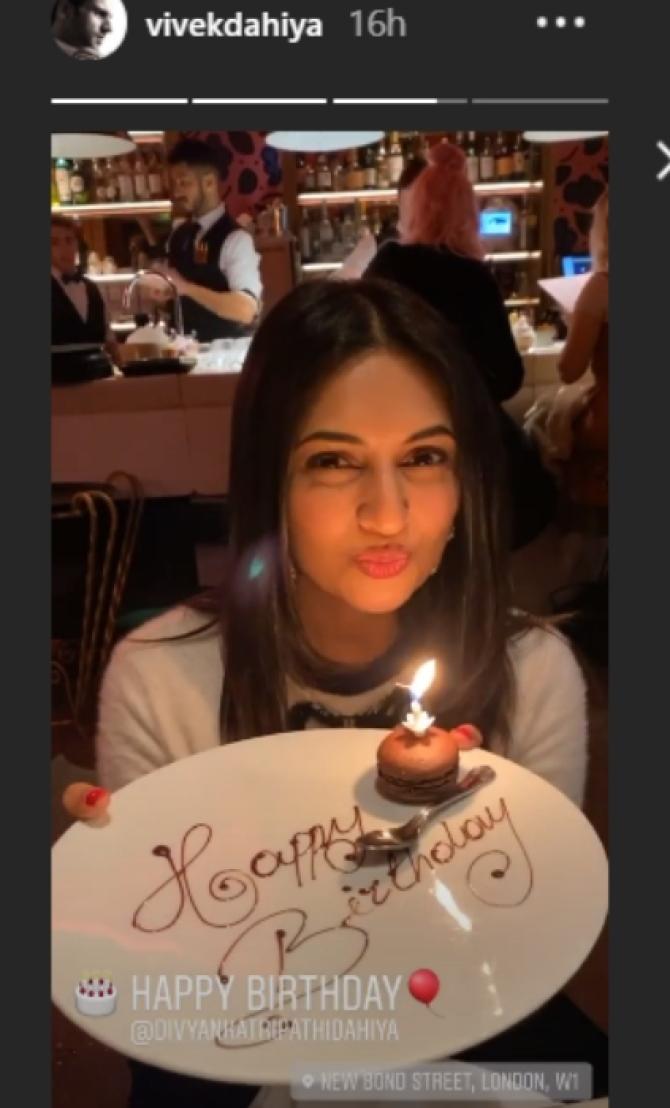 Vivek had later taken to his Instagram handle and had posted beautiful pictures along with a heartfelt note. His note could be read as “We rarely ever get an uninterrupted time to spend together. When I do scenes with “hit & miss” I often think of us. Last two months went by so quickly and so much has happened. All that we experienced, we learnt has already helped us evolve, become better version of ourselves but the best part of all this is doing it with You. @divyankatripathidahiya #HappyBirthdayLove #LatePost.” (Recommended Read: Mahesh Babu's 'Saali Sahiba', Shilpa Shirodkar Talks About Their Bond, Reveals His One Rare Quality) Divyanka Tripathi Dahiya is currently in Cape Town, South Africa for the shoot of her upcoming reality show, Khatron Ke Khiladi 11. The actress has been sharing videos and pictures from her time in Cape Town and how her co-contestants are praising her for the way she is performing the