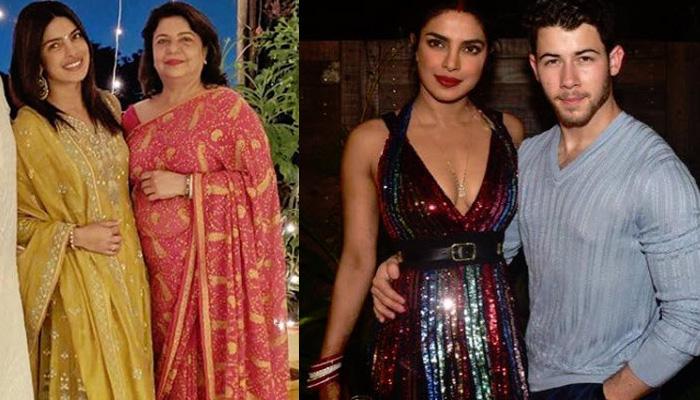 Our desi girl turned NYC chic, Priyanka Chopra’s journey from 'Miss to Mrs' has been the most remarkable one. The actress found her fairytale love across nations and salty seas in American singing sensation, Nick Jonas. Maybe they knew the moment they met that they are made for each other though it took them a year to start dating. Followed by two lavish wedding ceremonies on December 1 and 2 at Umaid Bhawan Palace in Jodhpur. (Recommended Read: Arjun Kapoor Spotted Leaving Rumoured Girlfriend Malaika Arora's Residence, Pictures Inside)

The duo made their first public appearance as a ‘Just Married’ couple on December 03, 2018, when they left for Delhi after their wedding in Jodhpur. Priyanka radiated the new bride charm in green Sabyasachi Mukherjee saree and completed her look with sindoor, choodha and mangalsutra. Well, it was a sight to behold. Although she got trolled for her decision to flaunt the symbol of a newly married Hindu bride. Check out the pictures below:

To Priyanka’s defence mommy, Madhu Chopra, came out in open to speak her heart out on Twitter. She wrote, “Sindoor is not synonymous with bondage anymore. Watch Priyanka proving it every day!!” And we couldn’t agree more. Take a look at the tweet:

PeeCee redefined bridal goals for Indian brides with her statement red Sabyasachi lehenga for her Hindu wedding and Ralph Lauren gown for her Christian wedding rituals with the longest trail followed by a reception party for the family and their friends at the palace. One look at her and you will be mesmerised to see Priyanka in a custom-made red Dior gown. The outfit featured a tulle skirt with a plunging neckline. Priyanka highlighted the outfit with a diamond choker neckpiece and maang teeka adding on the fusion touch. We can’t blame Nick for sticking his eyes on his lady-love. Meanwhile, the American singer too looked dapper in a powder blue suit radiating his prince charming vibes. (Also Read: Priyanka Chopra, Nick Jonas Are Back From Mini Honeymoon, Walk Hand-In-Hand At The Airport 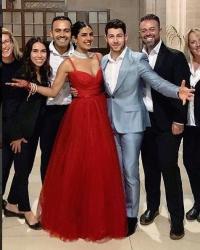 Priyanka’s mother, Madhu Chopra also shared how she felt upon seeing her little princess's wedding ceremonies. Talking about the Hindu wedding, she said, "Priyanka looked ‘her prettiest best’ in the outfit. There was no jhatak, no jhilmil — it was a simple yet classy ensemble. We followed all the rituals to the T. There were no shortcuts. I wanted an Indian shaadi for her and Priyanka knew that. She fulfilled my wish. It’s lovely to see the amount of love people have for her and Nick." 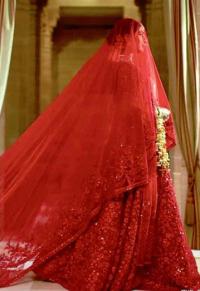 Madhu ji also shared her stance on the article published in The Cut that referred to her daughter as a ‘global scam artist’. She said “It is a happy phase for our family, and we don’t want to be disturbed by such idiotic things. I am happy that my daughter is married to someone she truly loves, I don’t want to give publicity to those fools. There are some donkeys who do anything they feel like, but their actions don’t affect us”. (Also Read: Priyanka Chopra And Nick Jonas Will Go To An Exotic Location For Their Short Honeymoon)

No matter what the trollers have to say, we totally love our desi girl Priyanka's way of rocking the newly married look! What about you?