Priyanka Chopra left everyone shocked when she removed 'Jonas' from her last name from her social media handles. Now many of their fans are questioning if the couple is splitting!

Priyanka Chopra and Nick Jonas make for an adorable couple. Both Priyanka and Nick are very much outspoken and do not shy away from expressing their love for each other. The couple had got married on December 1-2, 2018, and ever since, both have been deeply in love with each other. The sensational duo shares a cute bond and often shows their mushy romance, be it an award function, interview, stage show or through their social media handles. The couple always makes sure to show their unconditional love for one another.

The lovebirds keep their fans fully updated with their lives. However, the actress shocked everyone on November 22, 2021. The Desi Girl, Priyanka Chopra, recently made changes to her name on her social media handle, and it seems like her fans are not taking it well and are left with hundreds of questions. On November 22, 2021, the global icon, Priyanka Chopra Jonas, left her fans and followers shocked after she removed her husband, Nick Jonas' last name, from her Instagram and Twitter, handles. The sudden change in her name mounted rumours that Priyanka is planning to get a divorce from her husband, Nick Jonas. Going ahead, as the rumours of trouble in Nick and Priyanka's marriage surfaced, her mother, Dr Madhu Chopra, decided to speak to a media portal and stop the rumours. 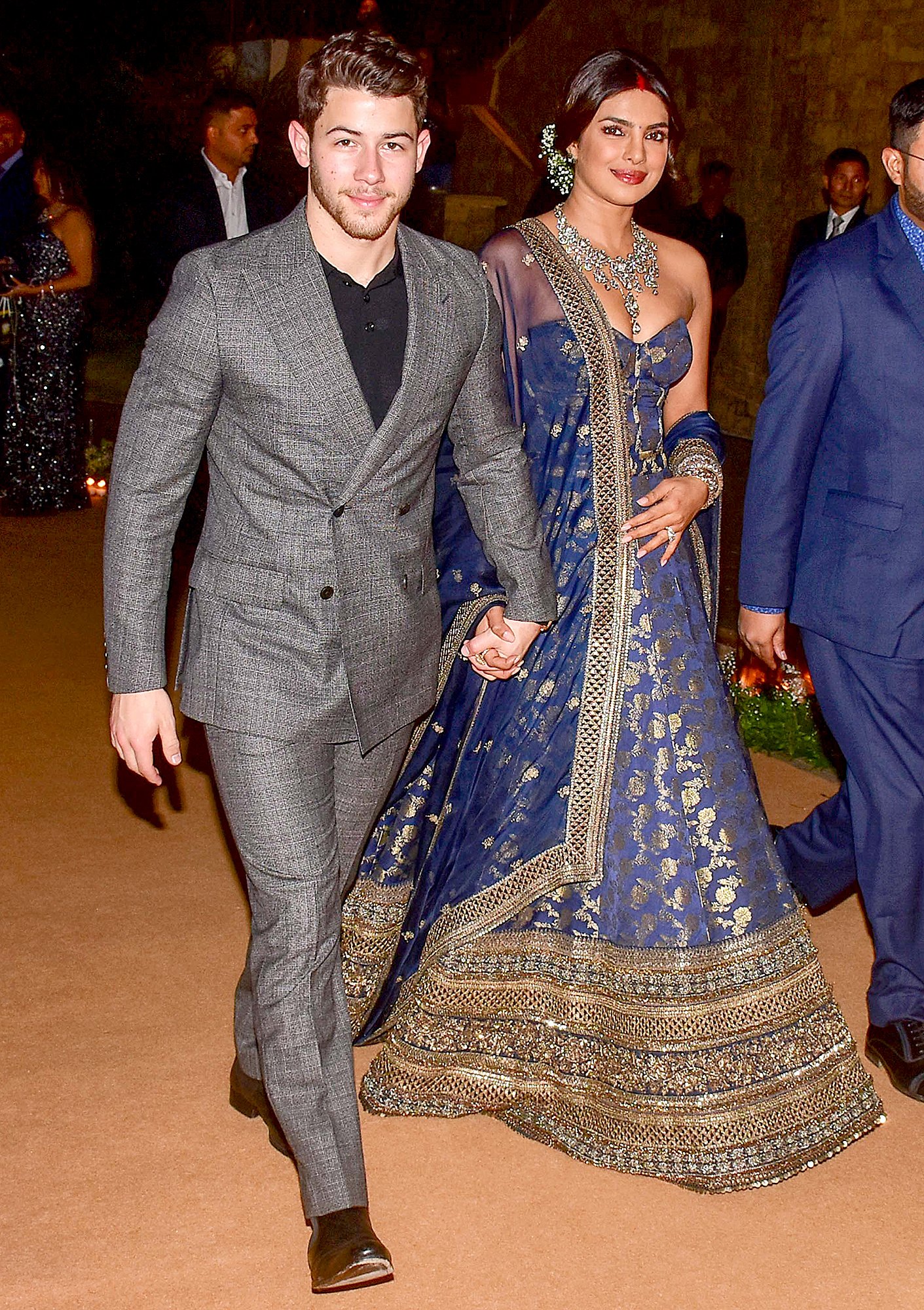 In a conversation with News 18.com, Priyanka's mother, Madhu Chopra, labelled the news of their divorce as rubbish and even suggested others not to spread such rumours. Talking about the same, she said: 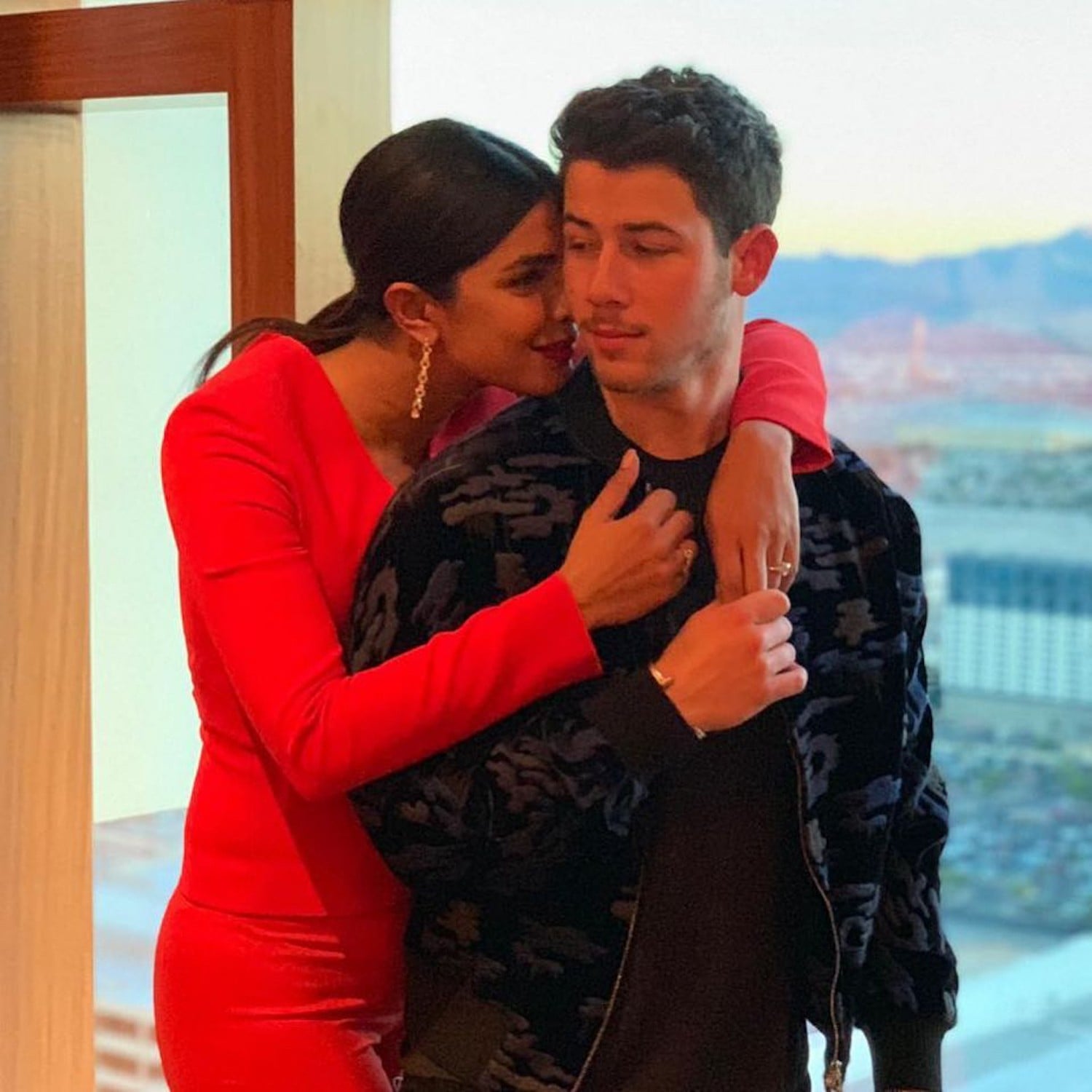 But Priyanka's curious fans and followers could not stop themselves from asking her about her huge step. They are eagerly looking out for the real reason behind Priyanka Chopra's decision about dropping 'Jonas' from her last name. On her recent movie promotion post on her Instagram handle, her fans have dropped several questions about the same in the comment section. A fan commented, "Are you fine??", another fan said, "Ab log puchenge aapne jonas surname q Hataya", whereas another fan asked if she is getting divorced? The fan commented, "Madam ka divorce ho gya h kya." 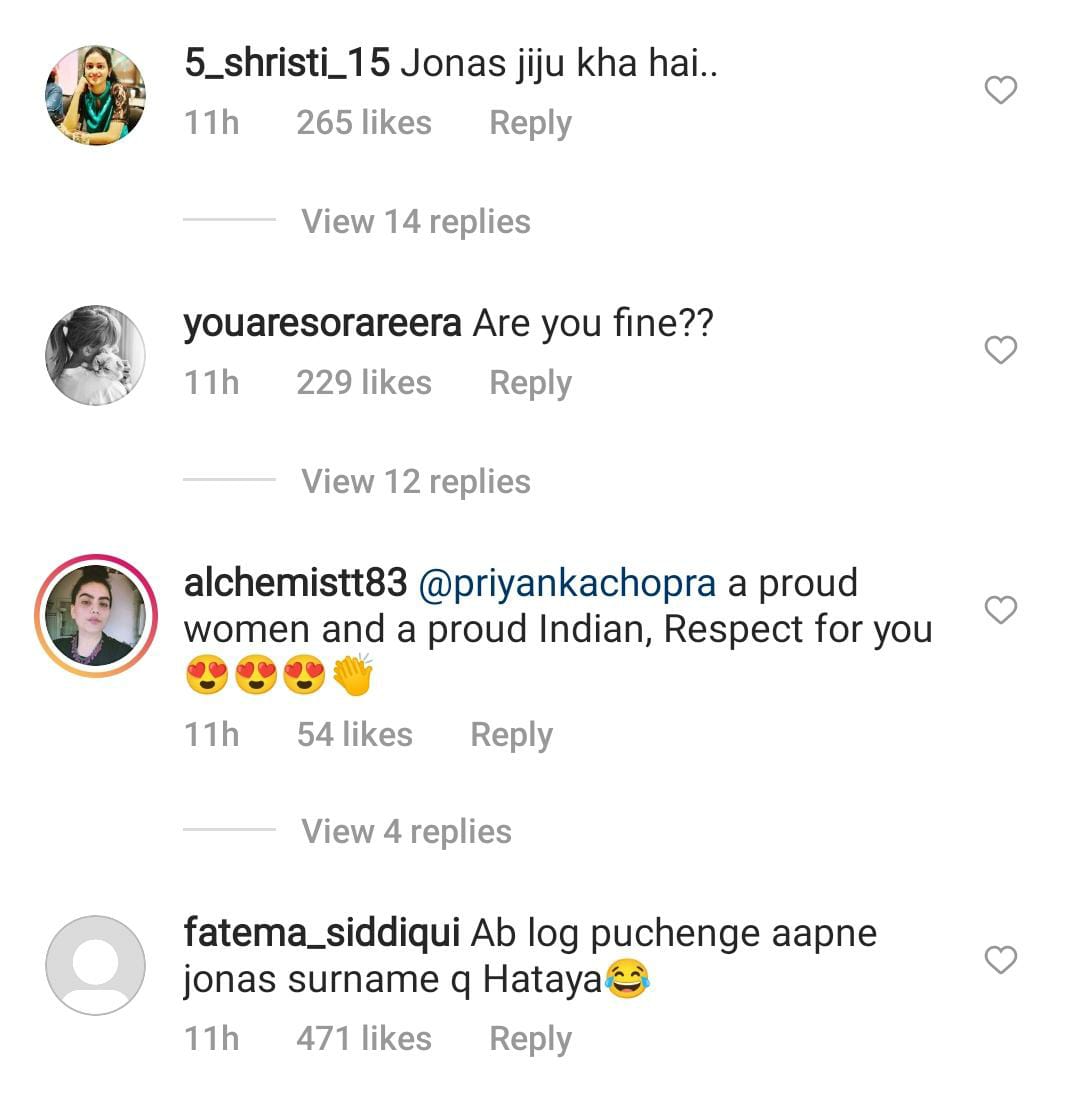 On November 6, 2021, Priyanka Chopra had taken to her Instagram handle to share glimpses of the Diwali party which the couple had hosted in their LA home. She had posted pictures of her and Nick wearing ethnic outfits. In one of the pictures, she had posed with Nick beside a wall decorated with a huge frame, featuring their Hindu gathbandhan dupattas. Along with the post, she had written:

“Our first diwali in our first home together This one will always be special. Thank you to everyone who worked so hard to make this evening so special. You’re my angels. To everyone who honoured our home and my culture by not only dressing the part but dancing the night away, you made me feel like I was back home. And to the best husband and partner @nickjonas, you are what dreams are made of. I love you. My heart is so grateful and full. Happy Diwali.” 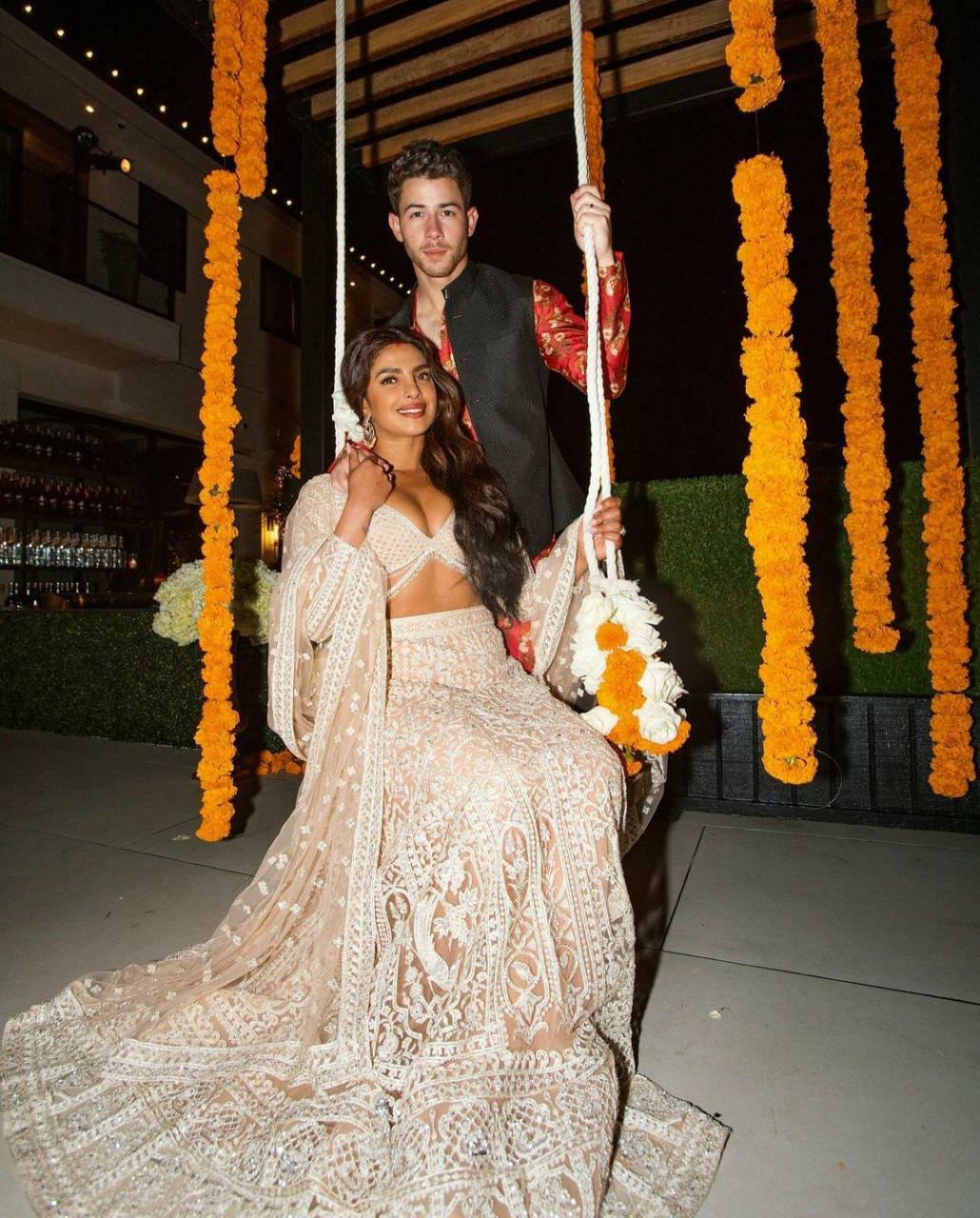 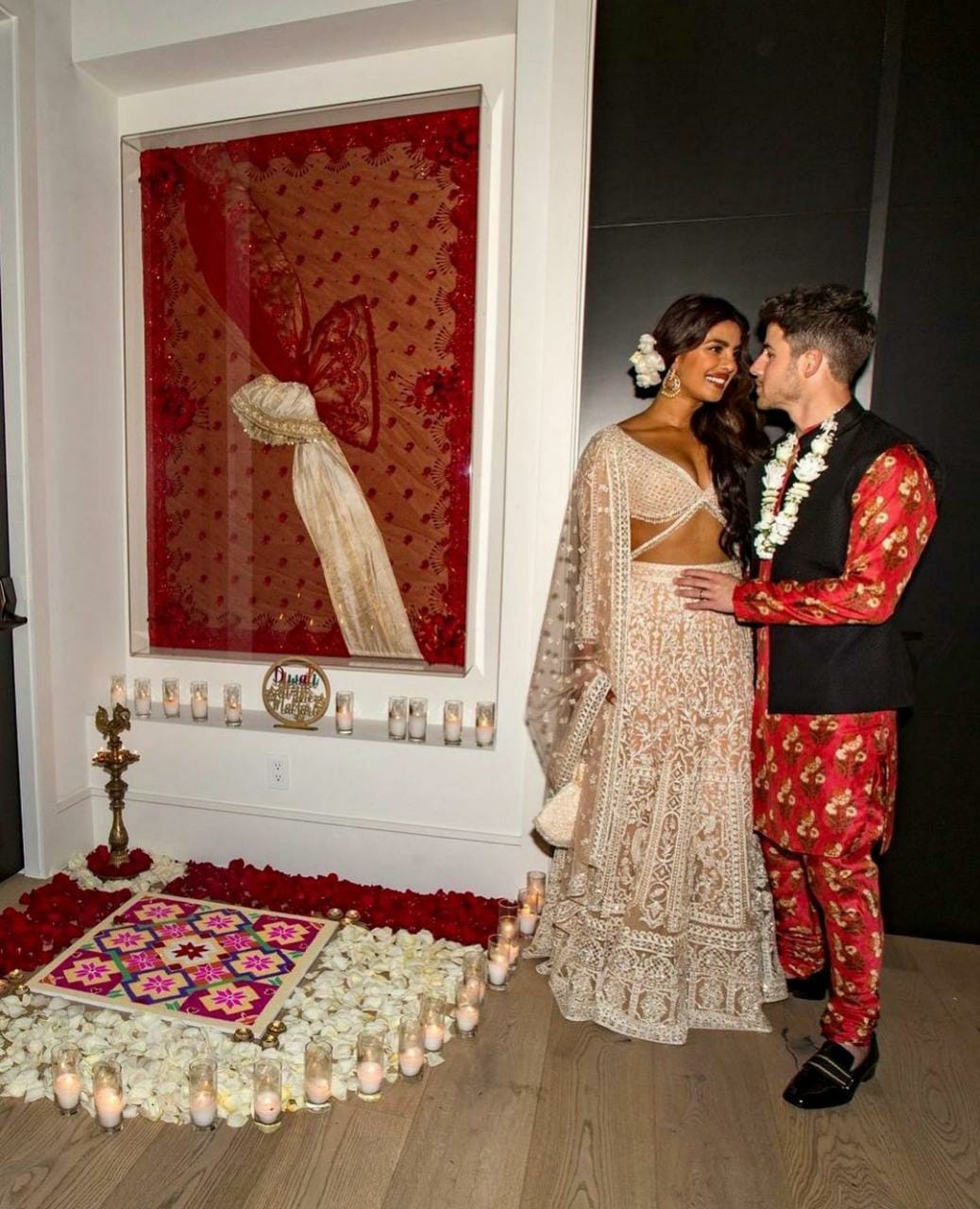 We hope that Nick Jonas and Priyanka Chopra's divorce rumours are not true!

Read Next: Rubina Dilaik Gives A Befitting Reply To Trollers Who Trolled Her For Gaining Weight 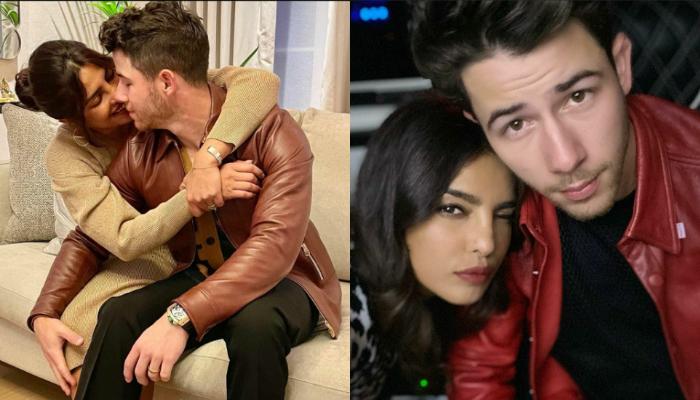 A few days earlier, the internet was buzzing with the sensational global rumour whether Priyanka Chopra Jonas and Nick Jonas are going to have a divorce or not since the actress had dropped her husband's last name from her Instagram handle. Well, ever since that incident, there have been many speculations