Bollywood actress, Priyanka Chopra Jonas' wish for Sophie Turner and Joe Jonas on their first wedding anniversary is 'devrani goals' for sure. Take a look! 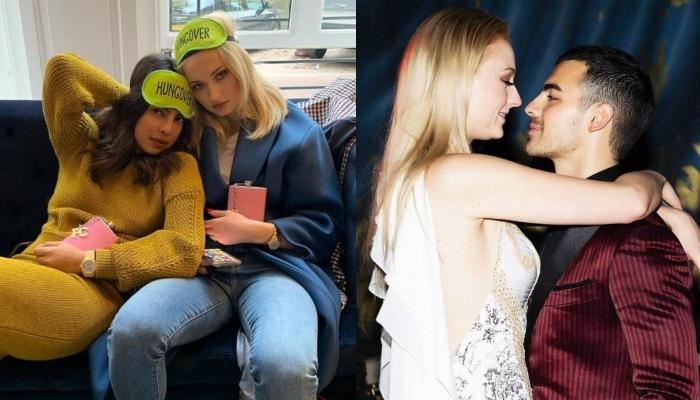 Bollywood actress, Priyanka Chopra Jonas has inspired everyone with her success in Hollywood. Along with that, the actress has made our nation proud many times by standing-up for underprivileged people around the globe. The actress has shown that the Indian values of treating everyone with respect and love are imbibed in her culture to this very day. Now on the first wedding anniversary of her jeethani-jeeth, Sophie Turner and Joe Jonas, she had posted a beautiful wish on her Instagram handle. The actress shares a strong bond with Sophie, and a proof of the same could be seen by looking at the post, Priyanka had posted on her birthday. (Recommended Read: Amitabh Bachchan Shares A Photo Of Abhishek's Epic Reactions To His Portrait, Shweta Comments)

On Sophie Turner’s 23rd birthday, Priyanka had posted a cute monochrome picture of her with boyfriend, Joe Jonas. Along with it, she had written, “To one of the most beautiful, fun people I’ve known. Happy birthday @sophiet you are loved! I can’t wait to see you as a bride. You will be stunning! Have a brilliant year love... #jsisters 4eva! @joejonas you r the most thoughtful! Last night was epic.” Check out the picture below: 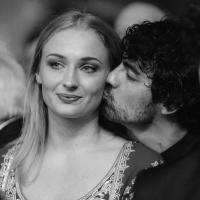 On June 30, 2020, Priyanka Chopra Jonas took to her Instagram handle and posted a beautiful monochrome picture of the stunning couple, Sophie Turner and Joe Jonas. The picture was taken from their wedding day, and a little glance at the picture brings back all those memories of this couple’s lovely France wedding. Atop of this mesmerizingly amazing picture, Priyanka Chopra Jonas wrote ‘Happy 1st anniversary! Love you both.” For the uninitiated, the Game Of Thrones actress, Sophie Turner and popular singer-songwriter, Joe Jonas had tied the knot in a hush-hush wedding in Las Vegas. But for the extravagant celebrations, the couple had opted for the 249-year-old property, Chateau de Torreau in France. Take a look. (Don’t Miss: Karan Singh Grover's Birthday Wish For His Father-In-Law Speaks Volumes Of Their Loving Relationship) Recently, in an interview with EOnline, Joe Jonas has revealed in a conversation with James Corden that he was thinking of recreating the vibe of Las Vegas at their home. Yes! You read it right. The songwriter had explained, “I think we would have gone back to Vegas. So, if you can keep a secret, I would say I might try to recreate Vegas in our house. I have a DJ set up. We could do a night club.” Well, it’ll be interesting to see how Joe Jonas will surprise his beautiful wife on their special day and their first anniversary is more special due to the fact that the gorgeous actress is expecting their first child. 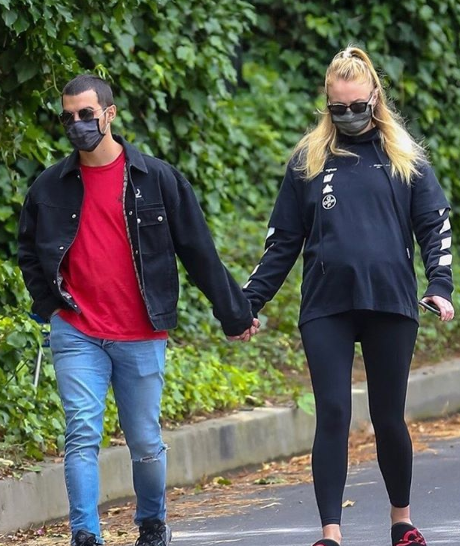 Some time ago, the pictures of the actress and her hubby, Joe Jonas joining the protestors in their ‘black lives matter’ campaign went viral on the internet and everyone applauded the soon-to-be-mom for her efforts. Talking about her pregnancy, then according to several reports, the due date of Sophie Turner is in between late June and July. In an interview with Entertainment Tonight, the couple had revealed that they're excited thinking about the prospect of entering into the parenthood. They had also revealed that they go on walks and even try hiking too to keep themselves fit. 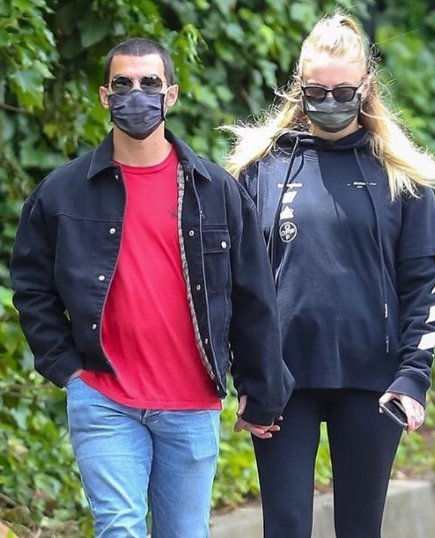 Talking about Priyanka Chopra and Sophie Turner’s great camaraderie with each other then in an interview with the Hindustan Times, Sophie Turner had spilt the beans on what does she think about Priyanka Chopra. She had said, "With Pri, especially, it’s kind of crazy. You have to remind yourself that she’s had a 20-year career in Bollywood already. She’s like the biggest thing in India right now.” She had also mentioned the craze of Priyanka in India and had said, “When we went there for her and Nick’s wedding, we were treated like royalty. They worship her over there." (Also Read: Nawazuddin Siddiqui's Estranged Wife, Aaliya Shares Call Recording, Actor Can Be Heard Warning Her) 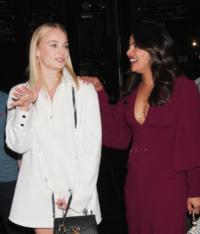 For a girl, the most blissful feeling in this world is when she finds her life partner and takes the nuptial plunge with him. But her happiness knows no bounds when her in-laws turn out to be like her own family members. That's exactly what happened with Priyanka Chopra,, who