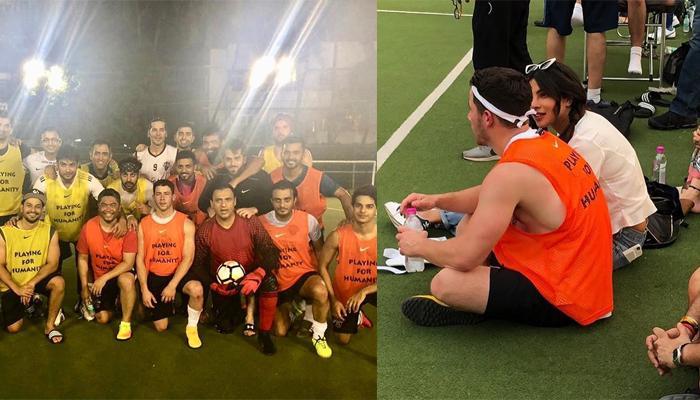 On Saturday i.e. September 29, 2018, Priyanka Chopra’s fiancé, Nick Jonas arrived in Mumbai with his lady-love. Priyanka is in India to start the shooting for her next Bollywood film, The Sky Is Pink. And it seems that Nick is having a gala time in Mumbai while socialising with Bollywood and cricket celebrities. Wondering how? Read on to know more. (You May Like: Raveena Tandon's Tweet On Sexual Harassment Might Be A Hint At Ex-Akshay Kumar And Twinkle Khanna)

Well, in the pictures which have gone viral on social media, Nick Jonas, all pumped up, enjoyed a game of football with MS Dhoni, Aditya Roy Kapoor, Ishaan Khatter, Kunal Kemmu and other celebrities. Going by the colours of their jerseys, it seems that Nick and Ishaan were in one team, and Dhoni and Aditya in another. Reportedly, it was a friendly match played for a charitable organisation. 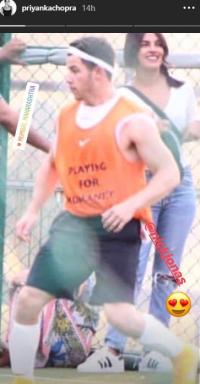 The best part is, however, that Priyanka was cheering for her hubby-to-be, Nick from the stands. Wifey-to-be, Priyanka took to her Instagram handle and shared the following pics from the friendly football match and adorably captioned these as, “Bae in Bombae!! #friends #mumbai #football @nickjonas”. 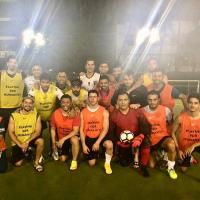 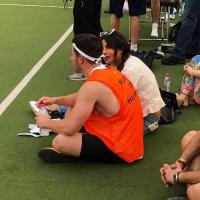 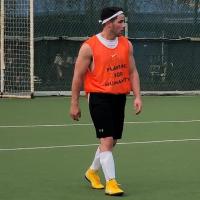 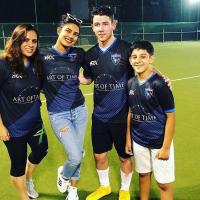 Well, it’s really good to see that Nick is socialising and enjoying with Indian celebrities, right? Ever since their first pictures together surfaced online, Nickyanka (as fans adorably call them), has become everyone’s favourite. In July 2018, it was reported that the two got secretly engaged in London on PeeCee’s birthday. A month later, on August 18, 2018, they actually got engaged during the roka ceremony at Priyanka’s Mumbai residence. 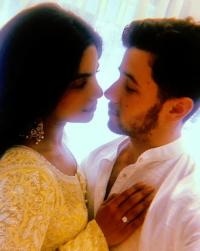 On The Daily Show recently, talking about his lady-love, Nick was quoted as saying, “So many things. I could go into all of it and get all mushy but, I think the thing that really connected both of us is our love for family and faith and the importance of being connected to those who are always going to be there for you. We found that in each other as well, which is a beautiful thing. I'm excited to start our life together”. (Also Read: Inside Pictures From Neha Dhupia's Baby Shower, Cuts An 'Oh Baby' Cake With Hubby Angad Bedi) 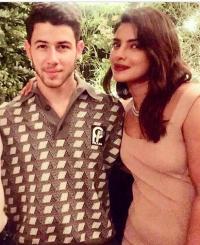 An earlier report on People.com, a source revealed about their relationship and camaraderie and how Nick has been positively affected by the same, "They are so happy. His friends and family have never seen him like this, and they’re all really excited for him. He’s definitely very serious about her.” It further stated, “People are saying it’s a great match because they’re both so talented and understand the industry. Priyanka knows how to have fun, but there’s also a gravitas to her. The same goes for Nick. He’s serious but has a great sense of humour”. 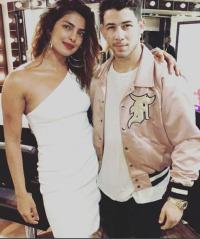 Now that Priyanka and Nick are officially engaged, we are all waiting for their wedding. Talking about the same in an interview with InStyle, Priyanka opened up and said, “It’ll [a show called If I Could Tell You Just One Thing] be a fun, chatty, conversational thing, which I’m really excited about because I’ve never done anything like that, and I get to have all my friends on the show. Right now, we’re just doing that. And I’m writing a book and planning a wedding. Oh, and I have a release called Isn’t It Romantic?” 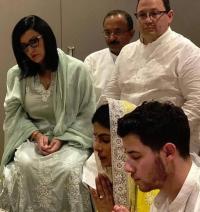 Speaking of their wedding, a source also revealed to a media portal that both, Nick and Priyanka, want an intimate wedding away from the media glare. The source spilt, “Both Priyanka and Nick wanted an intimate affair, away from the paparazzi and Hawaii seems to be the perfect destination for that. Besides, the islands of Hawaii are extremely special for Nick as he has shot for both Hawaii Five 0 and Jumanji there. He also loves the ocean. So, this choice comes as no surprise”. (Suggested Read: Inaaya Naumi Kemmu's Jungle-Themed First Birthday Cake Has Toy Elephants, Tigers, Birds And Trees)

Well, we can’t wait for Nickyanka’s wedding bells to ring loud soon. And guys, it goes without saying that our mood lightened up seeing Priyanka Chopra cheering for hubby-to-be, Nick Jonas while he played football with MS Dhoni, Aditya Roy Kapoor and others, right?