'Bigg Boss 11' fame alleged couple, Benafsha Soonawalla and Priyank Sharma keep hitting it to the headlines every now and then. Here comes another twist in their love tale! Many celebrities unwillingly become controversy’s favourite child and so is the case with Bigg Boss 11 fame alleged couple, Benafsha Soonawalla and Priyank Sharma, and Splistvilla fame, Varun Sood and Divya Agarwal. The quadrangle of their love story has been the talk of the town ever since Priyank and Ben got close to each other during their Bigg Boss 11 stint. Their intimacy didn’t go well with Priyank’s then-girlfriend, Divya Agarwal and she broke up with him on national television inside the BB 11 house. That was the starting of the public display of their not-so-good relationship!

Soon after, Ben and Varun too parted ways and Divya and Varun started dating each other and are going stronger with each passing day. Today, Divya and Priyank are very much in love and she even confessed that they would tie the knot soon. Moreover, her warm relationship with Varun’s family is also very evident from the way they have been commenting on each other’s pictures. (You May Also Like: Shah Rukh's Daughter Suhana Khan Dazzles In Traditional Best At Cousin's Wedding, Pics Inside)

On the other hand, Priyank and Ben have been denying dating each other and have always friend-zoned one another in every media interaction. But their close affiliation and lovely pictures on social media hinted that their relationship is for keeps. And here comes the twist again! The big news as per a SpotboyE report now is that Priyank has unfollowed Benafsha on Instagram, but she, on the other hand, still follows him. And the alleged reason behind the animosity is even more disturbing. If rumours are to be believed, this act happened because of Aly Goni's ex-girlfriend and actress, Natasha Stankovic. Well, we have to wait to see if this is true or just one of the thorns in the rose. 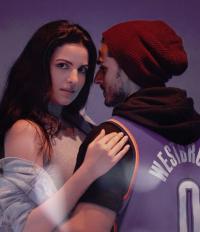 In an interaction with the IANS recently, when Benafsha was asked about being constantly linked with her 'close friend' and Bigg Boss 11 co-contestant, Priyank Sharma, she had cleared the air. Ben was quoted as saying, "We are just friends and will always be buddies." Further, when she was asked about acting with Priyank in a show or a movie, she replied, "If there is an offer, why not?" (Also Read: Katrina Kaif Reveals Whose Wedding Will She Attend, Arjun-Malaika Or Ranbir-Alia, Has A Valid Reason) 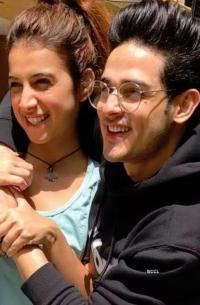 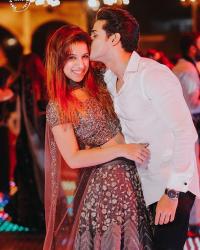 Once in an interaction with SpotboyE, Priyank had opened up about reacting to his linkup rumours with girls. The ex-Bigg Boss contestant was quoted as saying, “You know what! I have just started keeping quiet on all such matters. People keep linking me with some or the other girl. So, I would just say: Keep guessing because I have stopped sharing my personal life. Yes, I have made it a question mark for everyone." 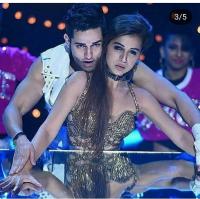 Priyank had further gone on to add that he has learnt not to talk about his personal life, "With my past experience, I have realised that I should not talk about my private life. In fact, I was a true believer of this till I did Splitsvilla, where fans got to see my love angle (Divya Agarwal). But other than that, I have never spoke about my personal life. If you see my Roadies audition also, I never revealed my girlfriend's name till the time the fans and media found out.” Further talking about the equation, he shares with Ben, Priyank had stated, “Benafsha and me are doing great. The bond between us is very strong. But think of it, main bahut logon ko date kar raha hun logon ke hisaab se.” (Checkout: Priyanka Chopra's Ex-Sis-In-Law, Ishita Kumar Posts A Cryptic Note About Men, Netizens Get The Clue) 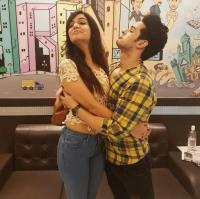 Earlier, Priyank’s ex-girlfriend, Divya had leaked her and Ben’s Whatsapp chat wherein the two could be seen dissing Priyank. Soon, Benafsha took to her official Instagram handle and supported her alleged boyfriend. Benafsha had written, “Good lord. Alright, people. I hear you. Here we go. Priyank Sharma, childish, sometimes rude to the people he loves, drama king. Priyank Sharma, also the most loving, emotional, sentimental and forgiving person to have ever stepped on earth.” 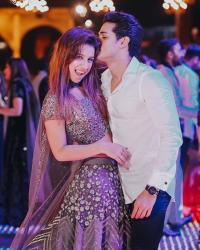 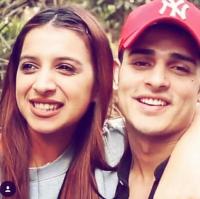 It was further worded as, “The one who’ll kill me for this post coz he thinks he’s the only one that can praise people, the one who will run on one leg to be there for his parents, his friends, the one who will fly from one country or city to another on one call. Priyank Sharma, the one I cried to right now because he knows we had a fight and HUGE misunderstanding, and he also knows I trust people easily. Because he does the same. All he said, “Sleep cheeks you were shooting all night. Words hurt, everybody’s words hurt. Tell me a time you guys haven’t hurt somebody with your words out of sheer anger and don’t even try to lie.” 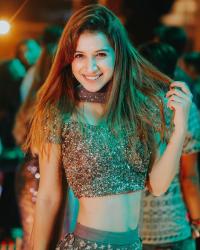 Benafsha’s rather long reply went on, “You could break a thousand phones, have a dozen fights, and we could say a million hurtful things to each other, and also sometimes have HUGE HUGE ‘MISUNDERSTANDINGS’ and bitch and gossip about each other to people who are or who we considered our friends but you are stuck with me forever. I’m aware a lot of people have a good laugh over our bond because it’s often misunderstood. But it’s funny how I get the last laugh, because never in many years will anybody ever find a bond as ours.” (Do Read: Surbhi Jyoti's Rumoured Beau, Varun Toorkey Shares An Evolving Journey Of The Two On Her Birthday) 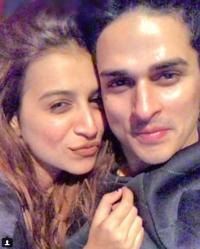 And lastly, she had added, “Lastly, Priyank, you’re sometimes misunderstood, cause you talk too much, emote and express too much. But you know, you be you. Because the ones who know you will never let go. you’re crazy, childish at times, emotional mess, angry monster, but you’re also SO loving, respectful, forgiving, kind and someone who melts with a little hug. Priyank Sharma, Ben’s favourite boy, and she wouldn’t have him any other way. #mywholeteam.”

What do you guys think about Priyank unfollowing Benafsha on Instagram? Do keep us posted! Bigg Boss 11 fame alleged couple, Benafsha Soonawalla and Priyank Sharma, and Ace of Space fame, Varun Sood and Divya Agarwal, are one of those celebrities who have been hitting the headlines ever since their complicated love life was projected on the small screen. Right from Divya breaking up with