Priya Sachdev Kapur, with a very adorable ‘addition’ to the family, celebrated Diwali with her hubby, Sunjay, son and daughter, Azarias and Safira, step-children, Samaira and Kiaan. It has been two days since Diwali is over but we can still feel that festive vibe in the air, right? While setting up lights was enthralling, the very thought of pulling out the lights and keeping it back on the shelf bundled in packets is a terrible feeling. But focussing only on the ‘happy Diwali thoughts’ in here, it is a celebration which binds people together and forgets all enmity and woes. But Karisma Kapoor’s ex-hubby, Sunjay Kapur’s present wife, Priya Sachdev Kapur doesn’t need a reason to value relationships. She already shares a warm bond with Karisma’s children, Samaira and Kiaan. (Do Read: Inaaya Naumi Kemmu Sings Gayatri Mantra Fluently, Replicates Her Bua On Bhai Dooj And It Is So Cute)

We eagerly wait for Karisma Kapoor’s kids’, Samaira and Kiaan’s birthdays for it is exactly when Priya Sachdev Kapur posts heartfelt messages of love and warmth for her step-children. While we will share the same below in the later paragraphs to come, please do note that there is a very special ‘first’ in the Kapur’s life this year. Yes, as many of you might have guessed it just as right, Priya and Sunjay were blessed with their first child with each other on December 2018 and have named him ‘Azarias’. The name means ‘God has helped’. 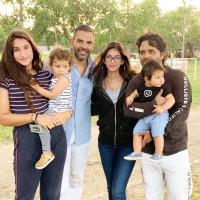 With this very adorable ‘addition’ to the family, the Kapoors and Kapurs celebrated a happening Diwali! With all of them clad in shades of red and pink, the only exception to the Diwali attires was Sunjay Kapur himself and his baby boy, Azarias. The family posed for an all-happy perfect family picture on Diwali that made our day! The picture had Sunjay, with his two boys, Kiaan and Azarias on his lap, Priya’s daughter from her first marriage, Safira, Samaira and Priya pose happily for the camera. The pictures spoke bounty of all the happiness and comfortable atmosphere that prevailed in the family. The same was captioned as “#ThisisUs Azarias’s first Diwali... A special and perfect Diwali with his siblings. Blessed to have our beautiful Family! Wishing you all a Very Happy Diwali! #Diwali #Azarias #Kiaan #Samaira #Safira.” 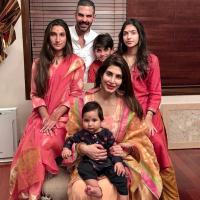 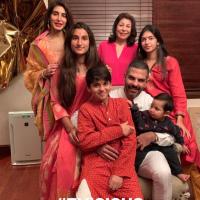 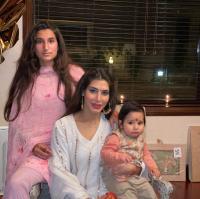 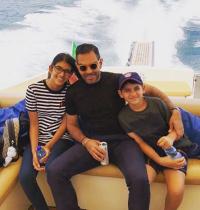 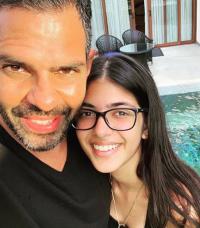 Now that you know all about Priya Sachdev Kapur and Sunjay Kapur’s present, let us give you all a blast from the past. Priya was earlier married to American hotelier and actor, Vikram Chatwal and has a gorgeous daughter, Safira. This is Sunjay’s third marriage as he was earlier married to designer, Nandita Mahtani and then with famous actress, Karisma Kapoor (has two children- Samaira and Kiaan). Priya had once shared in an interview, “Sunjay is an amazing human being and a very good father to his children. He loves them dearly. Both of us have never tried to instil any negativity in our children towards our ex-spouses." 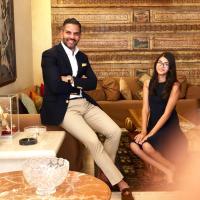 Priya Sachdev Kapur and Sunjay Kapur had a hush-hush wedding in Delhi on April 13, 2017, where only close friends and relatives were invited. Speaking about her marriage, Priya had stated, “He makes me smile. Sunjay has brought security and stability to my life”. Sunjay and Priya had met on a flight for the first time and had dated for 5 years before walking down the aisle. About the same, Priya had earlier shared with ETPanache, “During the flight, we realised that neither of us was what our public perception had been made out to be. The barrier of those misconceptions came down and we kept in touch.” (Also Read: Neha Dhupia And Angad Bedi Celebrate Their Daughter, Mehr's First Diwali, She Looks Pretty In Pink)

Guys, how do you like Priya’s Diwali celebration with the Kapur and Kapoors? Keep us posted! 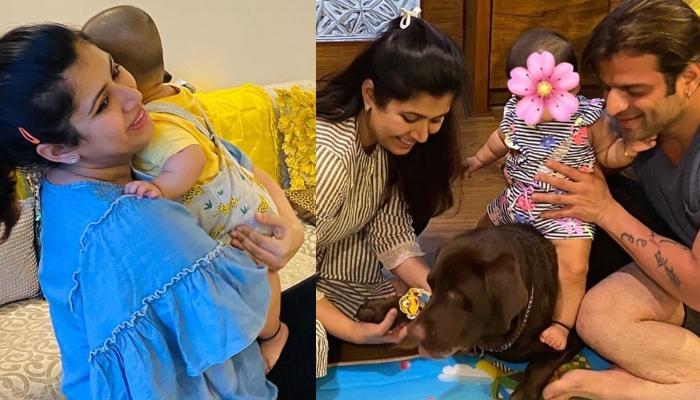