To mark Sunita Kapoor’s birthday, her samdhan, Priya Ahuja posted a throwback picture with her and Sonam Kapoor Ahuja. The picture was from the post-Anand Karaj celebration of Sonam and Anand.

It was back in 2018 when Sonam Kapoor had tied the knot with the love of her life, Anand Ahuja and the couple had set goals by adding each other’s surname and initials to their names. Sonam became Sonam Kapoor Ahuja and Anand became Anand S Ahuja, as a mark of love and respect for their partner. Though Sonam and Anand are extremely private persons, who prefer keeping their life away from the limelight, the lovebirds leave no chance of expressing their love for each other on social media and interviews. When it comes to their family, Sonam and Anand always have the best words to express their feelings for their loved ones. (Also Read: Sunita Kapoor Gets A Birthday Surprise By Rhea And Karan Boolani, Anil And Sonam Pen Wishes For Her)

To mark Sunita Kapoor’s 56th birthday on March 25, 2021, Sonam Kapoor Ahuja penned a heartfelt note along with some priceless pictures with her mother. From her throwback childhood memories with her mother to some precious moments from her wedding, Sonam’s birthday post for Sunita is all about nostalgia. Sonam captioned her post as ““‘Mother’ is such a simple word, But to me there’s meaning seldom heard. For everything I am today, My mother’s love showed me the way.” KARL FUCHS. Love you mama, I hope I see you and hug you soon... I miss you and love you lots. @kapoor.sunita Happy happy birthday!” 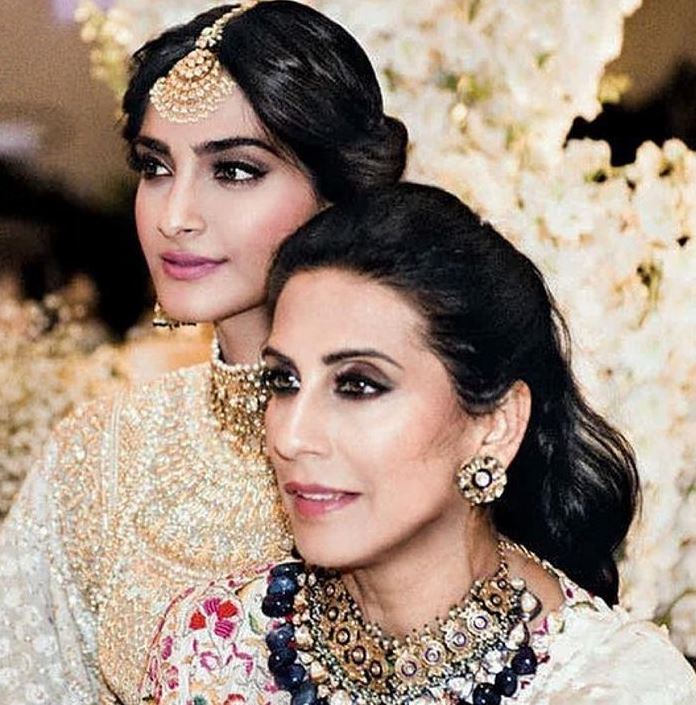 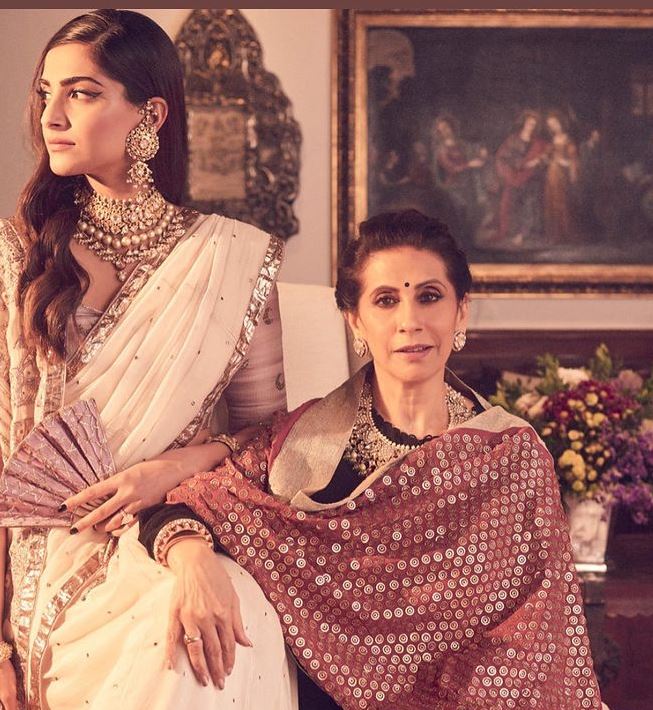 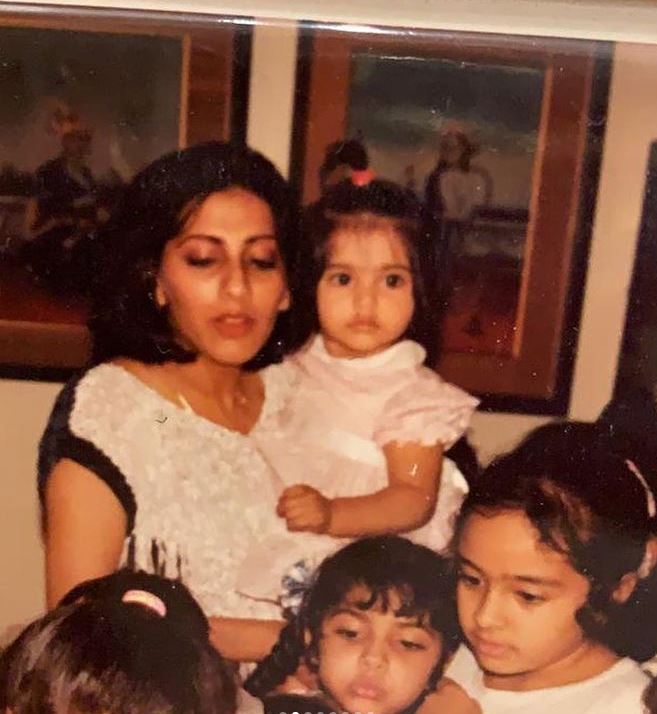 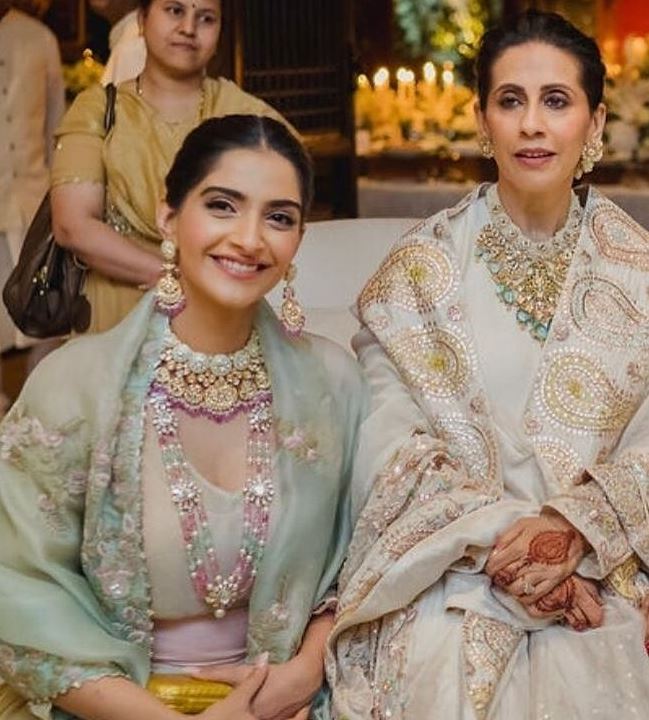 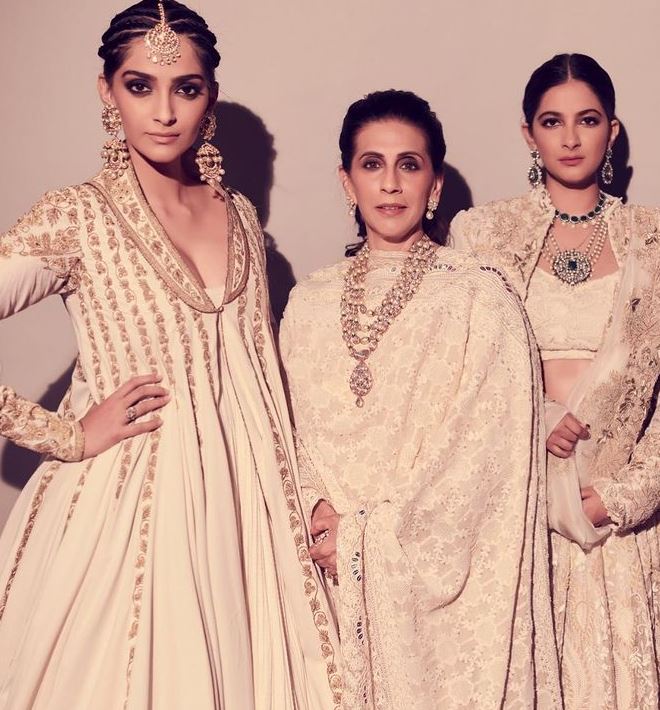 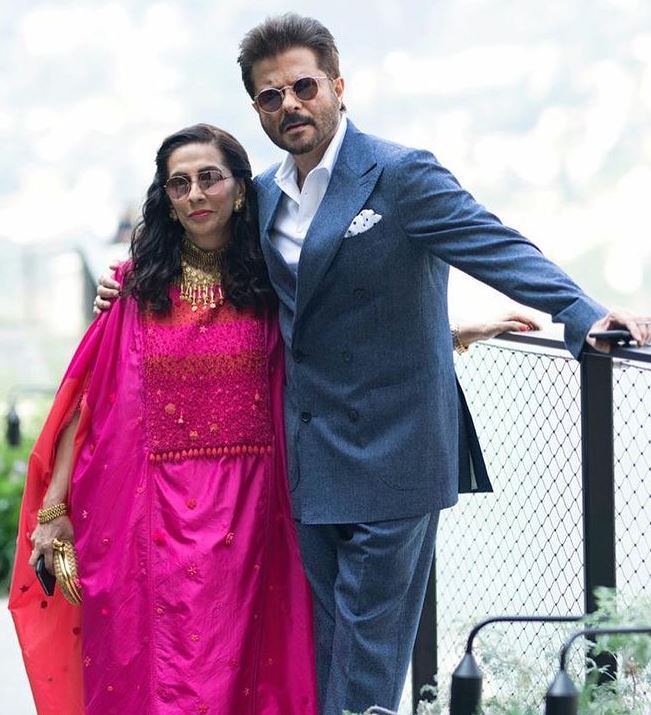 Sonam Kapoor had found a mother in her mother-in-law, Priya Ahuja when she had married Anand Ahuja in 2018. Instances have proved how lucky she is to have Priya as her MIL and she too, leaves no chance to acknowledge the love and bond she shares with her. The Ahuja and Kapoor families became one with the union of Sonam and Anand. To mark Sunita Kapoor’s birthday, her samdhan, Priya Ahuja posted a throwback picture with her and Sonam. The picture was from the post-Anand Karaj celebration of Sonam and Anand, which was followed by her vidaai. Priya captioned it as “Wishing you all the joys and all the Happiness in the world Today and Always Dearest Sunita. Warmest Wishes Always. Keep Smiling. Lots of Hugs.” Priya Ahuja also posted a solo picture of her samdhan, Sunita Kapoor, in which she is flashing her brightest smile. Priya captioned the post as “Wishing you a Fabulous Birthday and the most Spectacular year ahead Dearest Sunita. May the Sunshine of Happiness Always guide your way. Lots and Lots of Love and Good Wishes Always. Hope to see you real soon. God Bless.” Last year, on Sunita’s birthday, Priya had posted another solo picture of her and captioned it as “Happy Birthday Dearest Sunita. May God Bless you with Best of health and Happiness and Always keep you Under His Loving Care. Lots of love and Best Wishes Always. Keep Smiling.” (Also Read: Neetu Kapoor Shares A Video Of Rishi Kapoor, Singing On Their Last NYC Trip, On His 11th Prayer Meet) 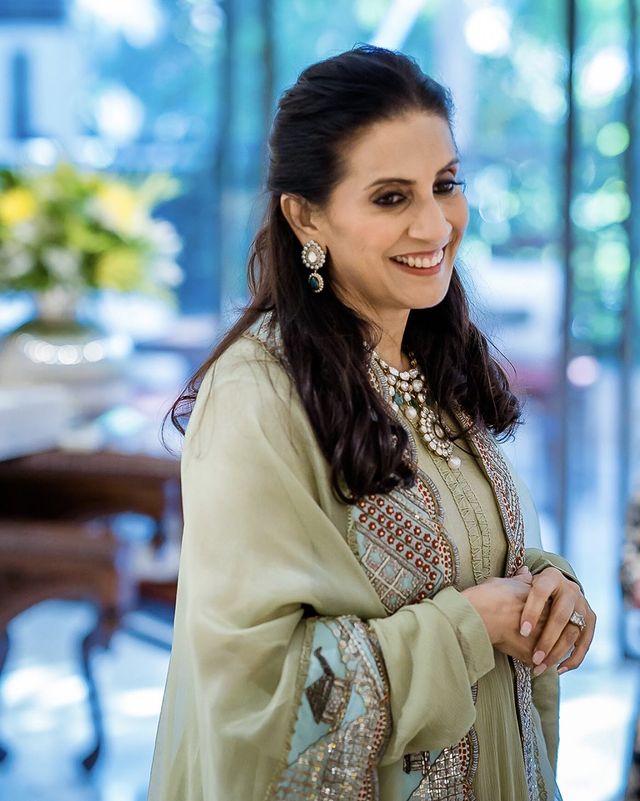 To mark Anil Kapoor and Sunita Kapoor’s 36th wedding anniversary on May 19, 2020, Priya Ahuja had penned heartfelt notes for the couple. Captioning the couple picture of Anil and Sunita, Priya had written, “Wishing you a very very Happy Anniversary Sunita and Anilji. Loads of Smiles for every moment of your special day. May God Always keep you both Under His Loving Care. Lots of love.” The second picture had the two samdhans in one frame, smiling heartily for the camera and Priya had captioned it as “Happy anniversary both of you. Always be happy with your lovely smile. Lots of love.” 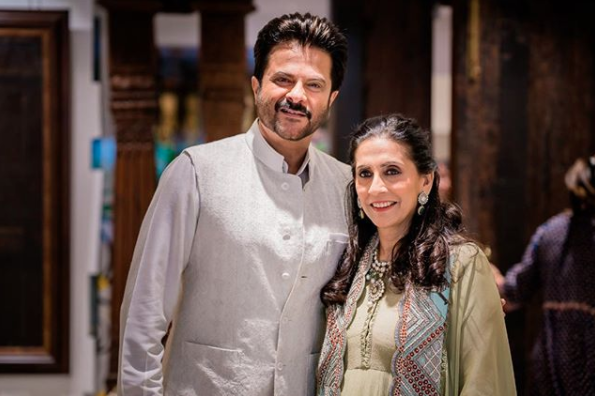 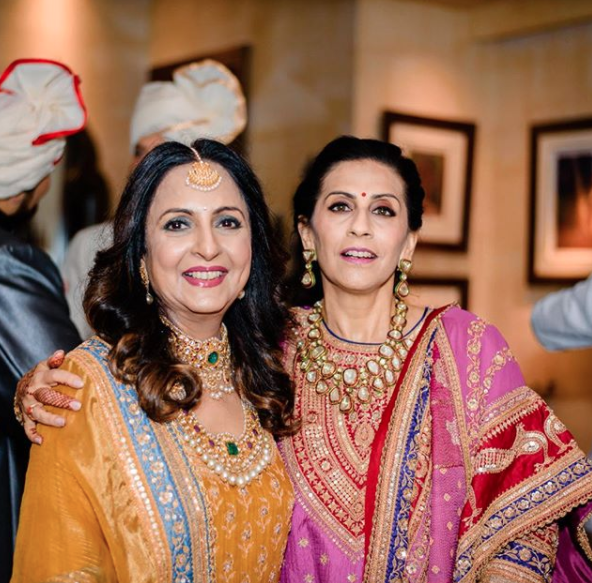 On May 10, 2020, i.e., Mother’s Day, Sonam Kapoor Ahuja had not only wished her mom, Sunita Kapoor but had also thanked her mother-in-law, Priya Ahuja for being her biggest support. Posting an array of pictures with her mother-in-law, Sonam had written, “Happy happy Mother’s Day... love you @priya27ahuja thank you for loving me unconditionally and being my biggest support.” Sonam also posted a picture of Sunita and Priya, and a collage of her and Anand’s childhood pictures. She had captioned them as “Love you both... happy mamas day!” (Also Read: Karan Johar Parties With Gauri Khan, Malaika-Arjun-Karisma, After Being Trolled For Shanaya's Launch) 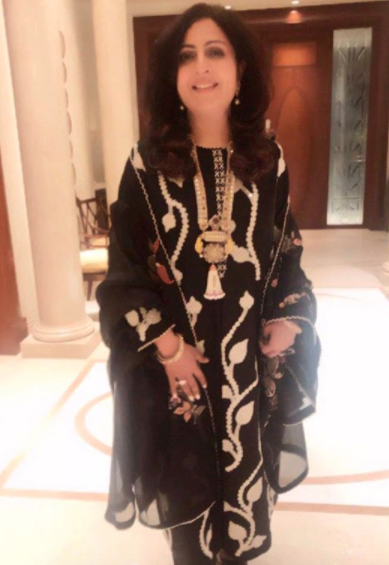 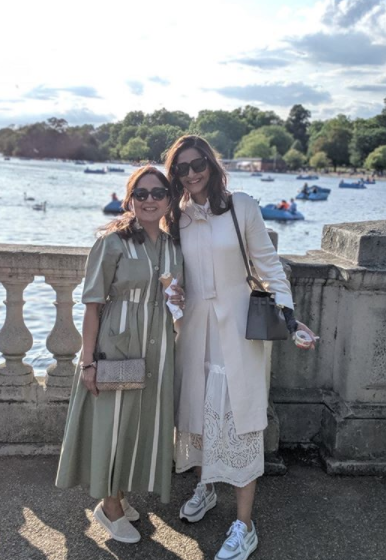 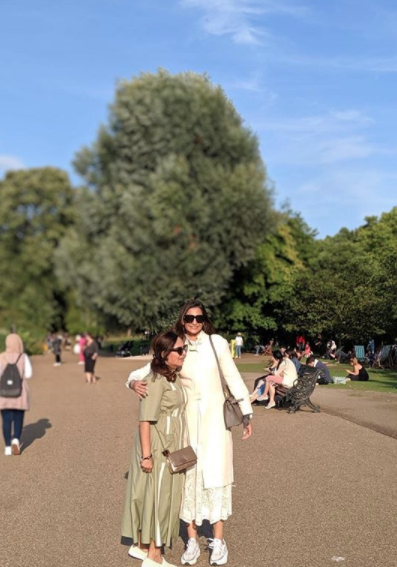 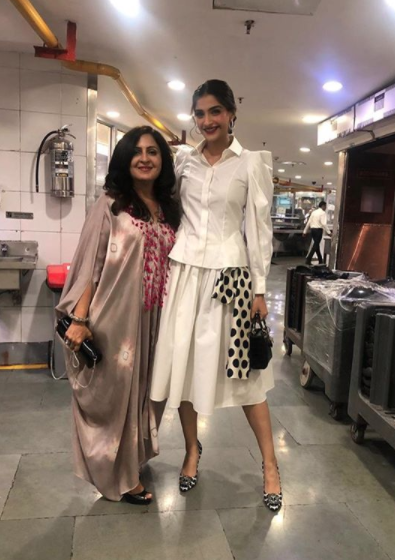 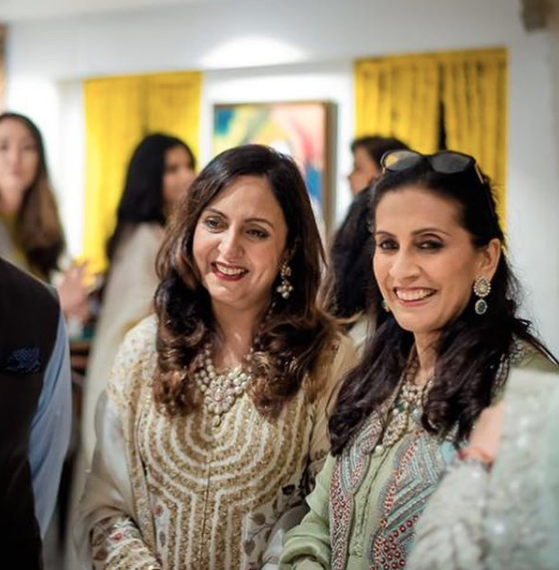 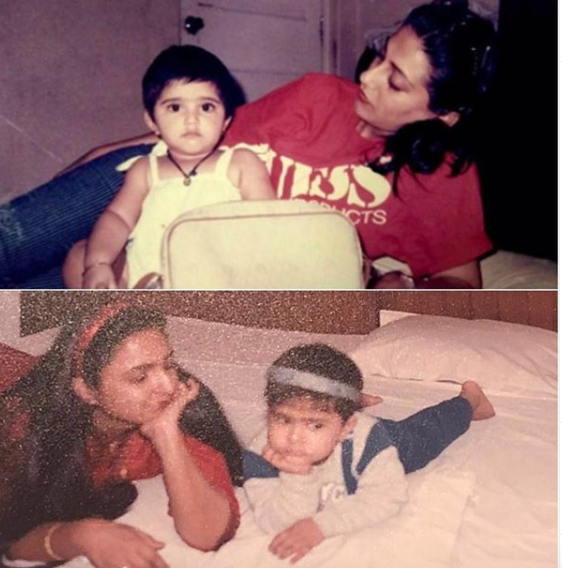