Nine quotes from Prince Harry and Meghan Markle's interview that got the world talking!

Once in a blue moon, a nightingale scowls (please note: doesn't sing), that shatters the whole gamut of masquerades put up to conceal the substantial holocaust. Former Duke and Duchess of Sussex, Prince Harry and Meghan Markle's explosive interview with Oprah Winfrey proved to be that scowling of the nightingale for Britain's Royal Palace. It seemed as though the nightingale rose like a phoenix from the ashes of the holocaust, with a vengeance. Today we've brought you some unbelievably shocking quotes from Prince Harry and Meghan Markle's 'there's no subject that's off the limits' interview with talk show legend, Oprah Winfrey.

Recommended Read: Justin Bieber Credits His Wife Hailey Baldwin For Making Him More Active And Inspiring In His Career

The year 2020 would be remembered for a lot of varied reasons. One of those would be the stepping down of Prince Harry and Meghan Markle from their royal titles. The official statement from the Palace had stated, "The Duke and Duchess of Sussex have confirmed to Her Majesty The Queen that they will not be returning as working members of The Royal Family. While all are saddened by their decision, The Duke and Duchess remain much loved members of the family." Since then, it was the first time that the couple talked at length about their decision and their life at Royal Palace. Prince Harry and Meghan Markle's 'unfiltered', 'filled with ground-breaking revelations' interview was aired on CBS on March 7, 2021, and was viewed by over 17.1 Million people worldwide! 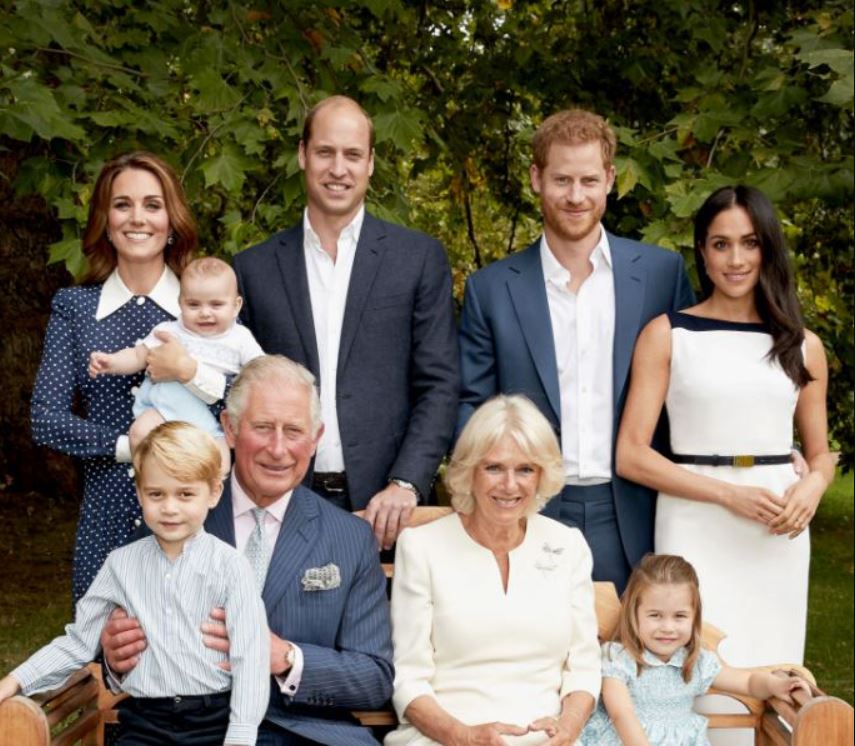 Here are nine quotes from Prince Harry and Meghan Markle's interview that got the world talking!

#1. When Meghan Markle Alleged That Her Son, Archie Was Denied The Title Of Prince Because Of Racism During the interview, Meghan told Oprah that the royals had a discussion with Harry before their son, Archie's birth, and he was denied the Prince title because they were concerned about how dark his skin colour might be. She said, "They didn't want him to be a prince." She had further added how there were "conversations about how dark his skin might be when he's born."

#2. When Meghan Markle Revealed That She Was Suicidal Meghan accused the British Royal family of racism, lying and cornering her to the extent that she had become suicidal. In her words, "I just didn't see a solution. I would sit up at night and i was just- I don't understand how all of this is being churned ut. I realised that it was all happening just because I was breathing. I was really ashamed to say it at the time and shamed to have to admit it to Harry, especially because I know how much loss he's suffered. But I knew that if I didn't say it, that I would do it."  She also revealed how her husband, Harry helped her out. She said, "I just didn't want to be alive any more. And that was a very clear and real and frightening constant thought. And I remember how he (Harry) just cradled me."

#3. When Meghan Markle Was Denied Help And Was Silenced By 'The Firm' Taking about Palace's ignorance towards her mental health, Meghan said, "I said I needed to go somewhere to get help and said that I've never felt this way before and I needed to go somewhere. And I was told that I couldn't that it wouldn't be good for the institution. They said, my heart goes out to you, but there's nothing we can do t protect you because you're not a paid employee of the institution."

#4. When Meghan Markle Accused The Palace Of 'Perpetuating Falsehoods' Against The Couple 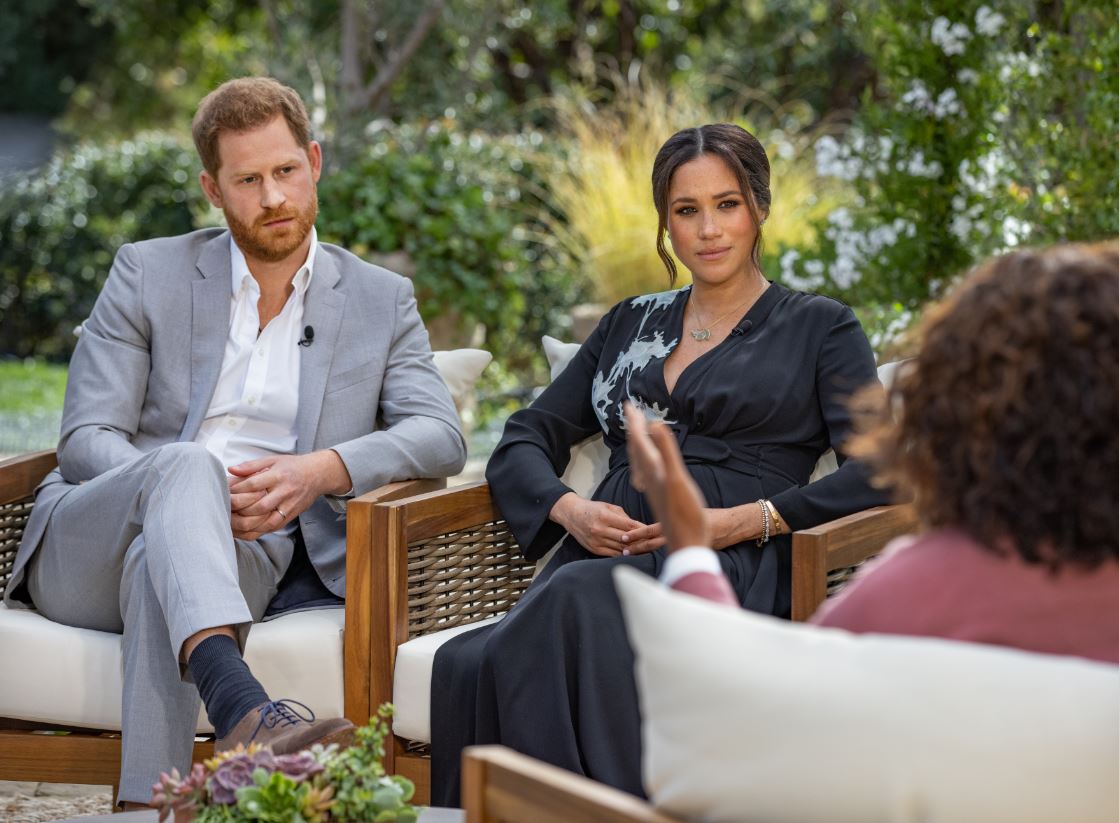 When Oprah asked Meghan, "How do you feel about the Palace hearing you speak your truth today?", in regards to her relationship with the royal family, she said, "I don't know how they could expect that after all of this time, we would still just be silent if there is an active role that the firm is playing in perpetuating falsehoods about us. And if that comes with the risk of losing things, I mean -- there's a lot that has been lost already."

#5. When Prince Harry Said He Felt 'Trapped' In An Oppressive System During the interview, Harry said that he realised that he and his family were trapped inside an oppressive system. In his words, "I was trapped, but I didn't know I was trapped. My father and my brother, they are trapped. They don't get to leave." Harry also claimed that there was a toxic relationship between the royals and the media and that Britain's royal family is constatntly afraid of the tabloid "turning on them." He said, "There is a level of control by fear that has existed for generations."

#6. When Prince Harry Said He left Because He Was Afraid Of History Being Repeated (His Mother, Princess Diana's Shocking Death) 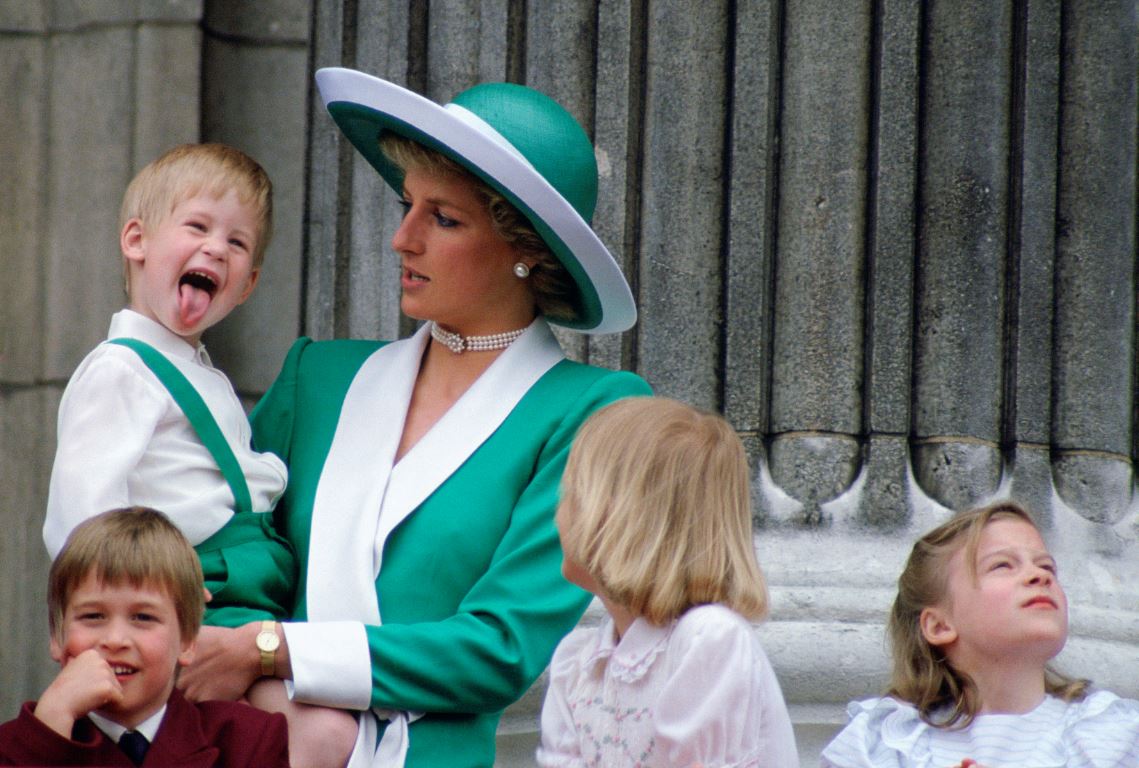 Talking about their royal life, Meghan Markle said something on the lines of 'unsurvivable'. Harry then hinted his motivation to move the family away from the U.K. and his royal roots. He said, "My biggest concern was history repeating itself (referring to his mother, Princess Diana and her shocking death)." Harry continued, "I'm really relieved and happy to be sitting here, talking to you with my wife by my side because I can't begin to imagine what it must have been for her going through this process by herself all these years ago."

#7. When Prince Harry Revealed That He Has A 'Fractured Relationship' With His Father, prince Charles And His Brother, Prince William Talking about a 'breakdown' in his relations with his father, Harry said that at one point Prince Charles stopped taking his calls. He said, "I will always love him. But there's a lot of hurt that's happened, and I will continue to make it one of my priorities to try and heal that relationship." Talking about his brother, Prince William, Harry said that he and William had "been through hell together, we have a shared experience, but we were on different paths."

#8. When Meghan Markle Revealed That Kate Middleton Made Her Cry Just Before Her Wedding 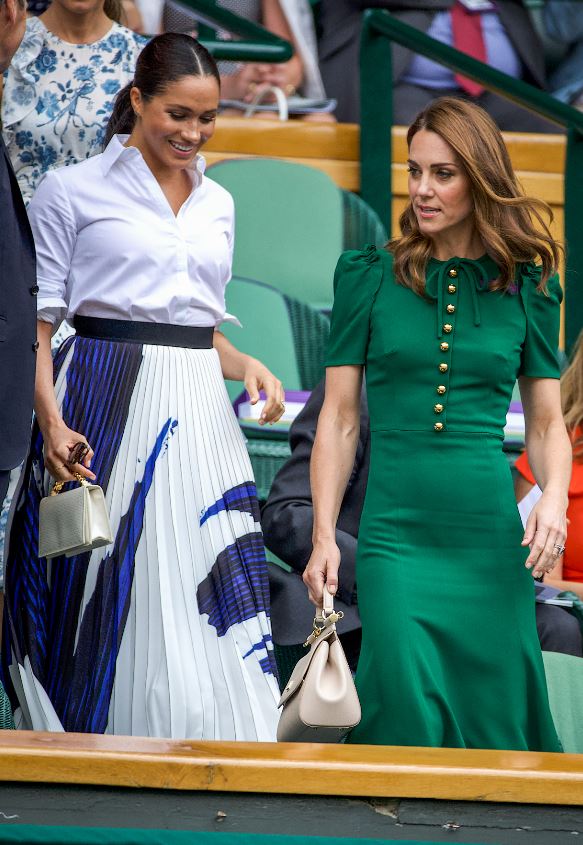 When Oprah Winfrey asked Meghan about 'the incident' of which there were reports that she (Meghan) had made Kate Middleton cry days before marrying Prince Harry, Meghan retorted, "No, the reverse happened. It was a really hard week of the wedding, and she was upset about something. But she owned it, and she apologised, and she brought me flowers and a note apologising. She did what I would do if I knew that I hurt someone, to just take accountability for it. A few days before the wedding, she was upset about something pertaining to ... flower girl dresses. And it made me cry." She added, "And it really hurt my feelings, and I thought in the context of everything else that was going on in those days leading to the wedding, it didn't make sense to not be just doing whatever everyone else is doing, which was trying to be supportive knowing what was going on with my dad and whatnot."

#9. When Meghan Markle Revealed That She And Prince Harry Had Two Wedding Ceremonies 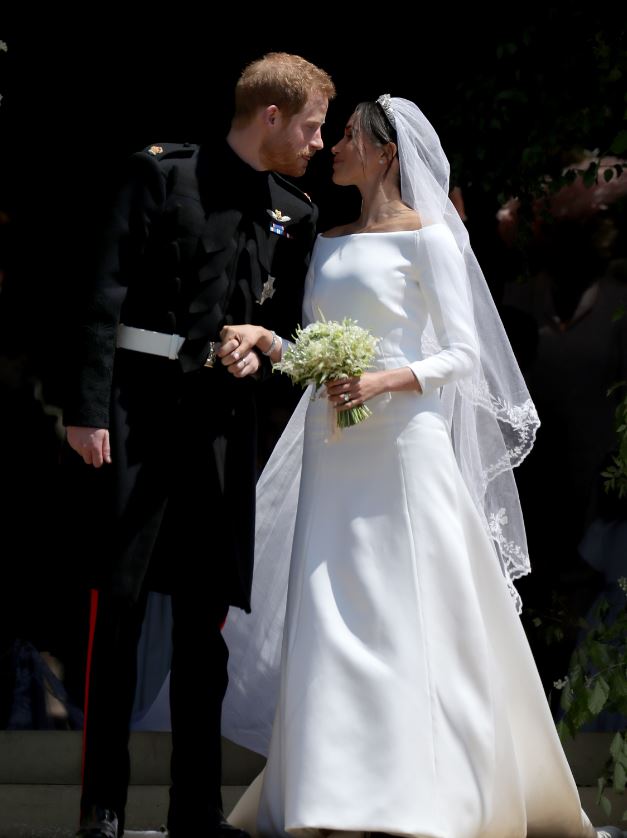 There's not a dime of doubt in the fact that Prince Harry and Meghan Markle's lavish wedding ceremony at Windsor Castle in May 2018 was a grand affair, watched by millions around the globe. Meghan revealed that she and Harry had a secret wedding ceremony in private three days earlier in the presence of Archbishop of Canterbury Justin Welby, head of the Anglican Church. She said, "We called the archbishop, and we just said, look, this thing, this spectacle is for the world, but we want our union between us." Prince Harry added, "So the vows that we have framed in our room are just the two of us in our backyard with the archbishop of Canterbury. Just the three of us.

After the kerfuffle caused in the whole world due to Prince Harry and Meghan Markle's 'explosive' interview, the Royal Palace of Britain issued a statement on behalf of the Queen of England.

The statement issued by the Buckingham Palace on behalf of the queen can be read as "The whole family is saddened to learn the full extent of how challenging the last few years have been for Harry and Meghan. The issues raised, particularly that of race, are concerning. While some recollections may vary, they are taken very seriously and will be addressed by the family privately. Harry, Meghan and Archie will always be much-loved family members." 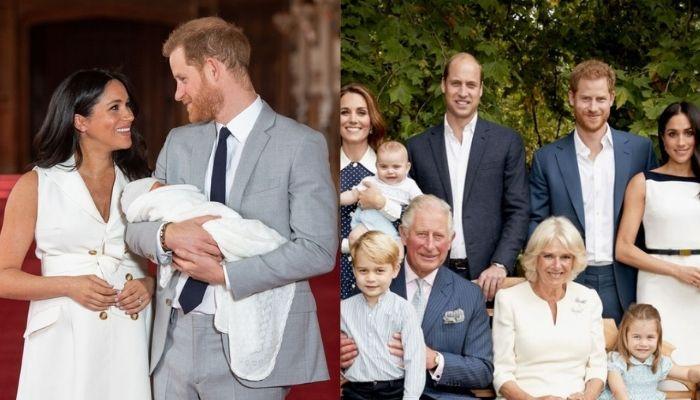 Ever since Prince Harry and Meghan Markle's explosive interview with Oprah Winfrey aired, all people could talk about was why the British Royal family isn't issuing any statements in response to the serious allegations made. The 'there's no issue that's off limits' interview with Oprah was filled with shocking revelations