Prince Harry and his wife, Meghan Markle are constantly been hitting the headlines ever since their explosive interview with Oprah Winfrey aired on CBS on March 7, 2021. The couple had spared no details while talking about their decision of renouncing their royal titles, what drove them away from the royal family, and their relationship with Prince William and his wife, Kate Middleton. The couple opened their heart on many such sensational issues with their 'there's no issue that's off limits' interview with Oprah Winfrey. (Recommended Read: Prince Harry And Meghan Markle Reveal The Gender Of Their Soon-To-Be-Born Second Child)

In the interview, Meghan Markle had alleged that her son, Archie was denied the title of a Prince before he was born because the Royals didn't want him to. Hinting on a racial angle, Meghan had said, "They didn’t want him to be a prince", and had added that there were “conversations about how dark his skin might be when he’s born.” Meghan had mentioned that Archie was denied the Prince title because there were concerns about how dark his skin might be. Now, a royal historian, Marlene Koenig refuted Meghan Markle's allegations and revealed the real reason behind the same. According to the Royal history expert, Marlene Koenig, Meghan and Harry can thank the Queen’s late grandfather, King George V, for the denial of the 'Prince' title to Archie. Marlene told HollywoodLife, “This is not a racial issue. Meghan tried to make it that, but [it] wasn’t. Press coverage, yes, but not the issue about Archie, because that has been long-planned." Marlene further explained, "The succession to the throne is through legislation. Titles come from the sovereign.” In 1917, King George V had crafted a Letters Patent that declared, “The grandchildren of the sons of any such Sovereign in the direct male line (save only the eldest living son of the eldest living son of the Prince of Wales) shall have and enjoy in all occasions the style and title enjoyed by the children of dukes of this realm.” 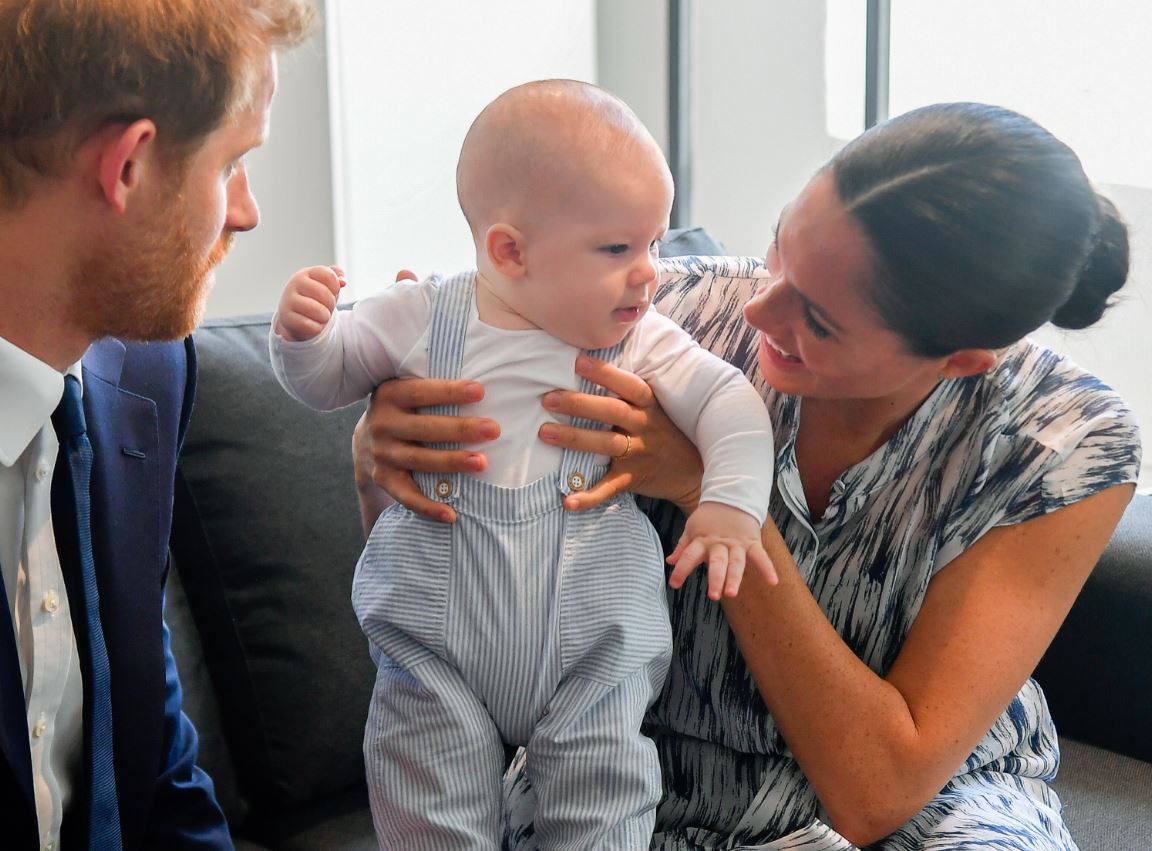 Simply put, this above-stated rule states that the only grandchild of Prince Charles to be considered for the royal title would be Prince William’s first male child (Prince George). In short, had this rule stayed in place, even Prince William’s daughter, Charlotte, and son, Louis, would have been denied the royal titles. But, in January 2013, (months before Prince George was born), the Queen had amended the rule stating that all of Prince William and Kate Middleton’s children would be a Prince or Princess. (Also Read: Mira Rajput Kapoor Praised For Posting Picture With Her Househelps On International Women's Day 2021) 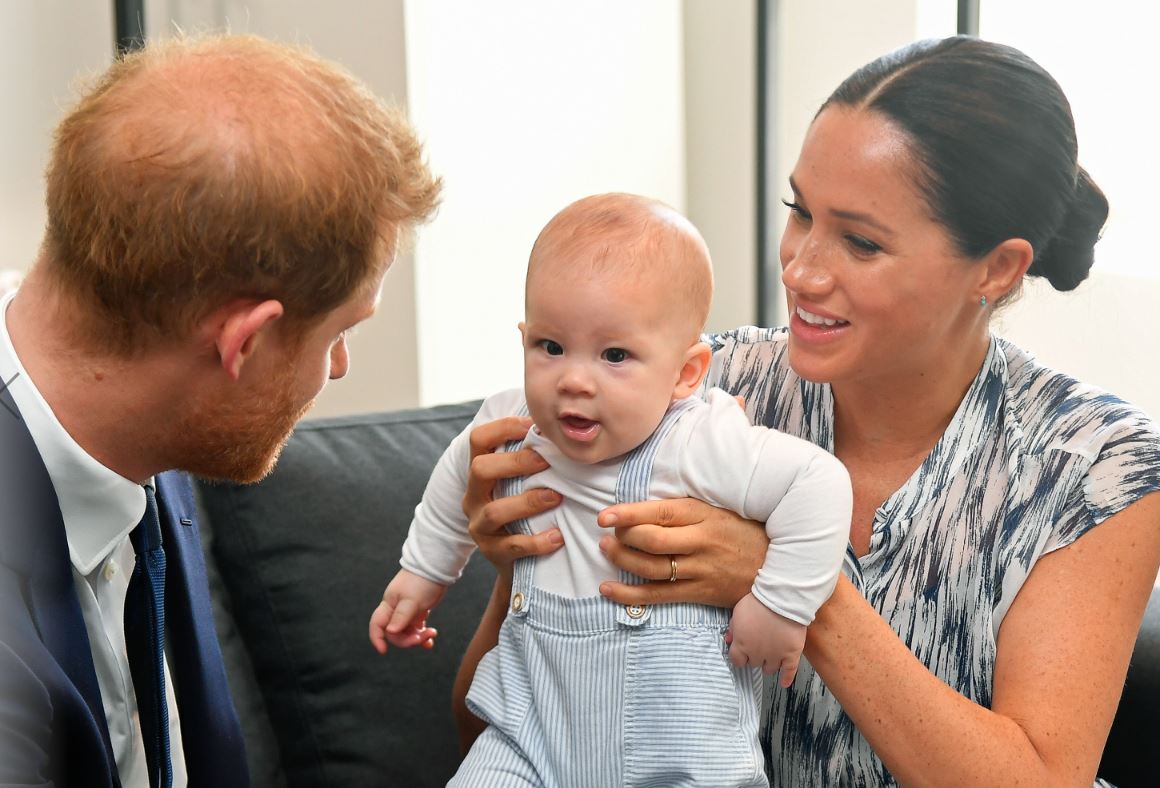 According to Marlene, the amendment was done before Prince Harry had even met Meghan Markle. Marlene said, "Now, if Harry’s children were to be royal at birth, it would have happened then. It would have said, ‘All children of all the sons of the Prince of Wales.’ It didn’t. So, that’s not a snub.” In short, the rule was put in place long before Prince Harry had met Meghan Markle and would have been implemented irrespective of Meghan's race. With this argument, the royal historian rubbishes Meghan Markle's racial angle for being denied the royal title to her son, Archie. For the uninitiated, Meghan Markle is pregnant for the second time. In the same interview with Oprah Winfrey, the couple had revealed that they're having a baby girl. Prince Harry had also confirmed that this baby would be their last. The expecting mommy, Meghan had mentioned that she is due in “summertime.” In a conversation with legendary conservationist and scientist, Dr Jane Goodall for a story in the September issue of British Vogue, Prince Harry had opened up about having a maximum of two children with his wife, Meghan Markle. He had said, "Two, maximum! But I’ve always thought: this place is borrowed. And, surely, being as intelligent as we all are, or as evolved as we all are supposed to be, we should be able to leave something better behind for the next generation." (Don't Miss: Prince Harry And Meghan Markle's Son Archie's RARE PHOTO, Her Friend Shared And Deleted It Later)

What do you think about Meghan Markle's allegations on the Royal family? Share with us! 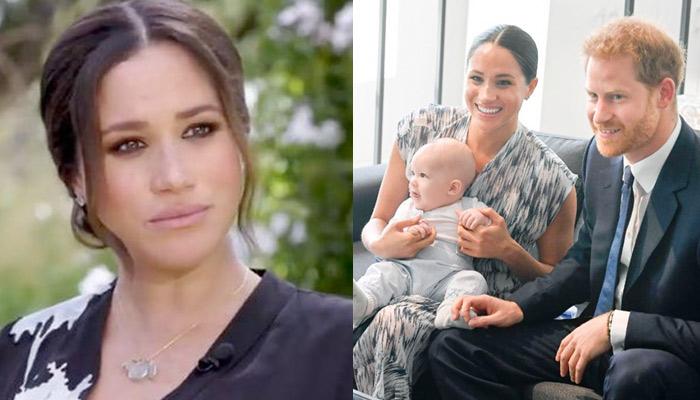 Once in a blue moon, a nightingale scowls (please note: doesn't sing), that shatters the whole gamut of masquerades put up to conceal the substantial holocaust. Former Duke and Duchess of Sussex, Prince Harry and Meghan Markle's explosive interview with Oprah Winfrey proved to be that scowling of the nightingale