Some love stories have a beautiful start, however, they don't always end up with forever! Kim Kardashian and Kanye West's love story is one of those. Scroll down to read it!

Some love stories are beyond explanation. Their happy start makes people go crazy over them and their separation makes their fans shed tears. We have seen many such stories that we wish never end, however, in the end, we have to deal with the fact and bear the pain, and similar is the story of Kim Kardashian and Kanye West. The love story that started with a great friendship, even a grand proposal and a happily-ever-after with four kids, is on the verge of divorce. Let’s dive straight into the epic saga of Kim Kardashian and Kanye West’s love story! 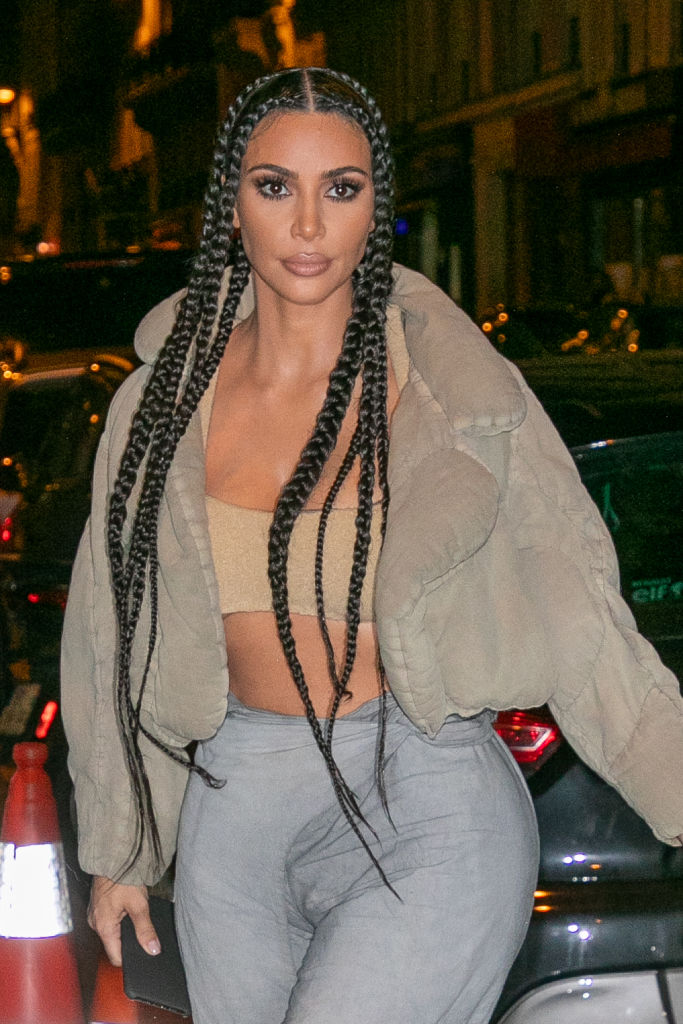 Well, Kim Kardashian is a fashion goddess, whose every outing makes it big into the headlines, all thanks to her sartorial fashion choices. She is a model, businesswoman, stylist, and actress. She had first come into the limelight when she was a stylist of Paris Hilton. Later, she, along with her family had become a sensation when they had appeared in the reality series, Keeping Up With The Kardashians. Since then, there is no stopping for this lady and in her 18 years long career, she has made herself a brand with a net worth of around $900 million as estimated till June 2020. 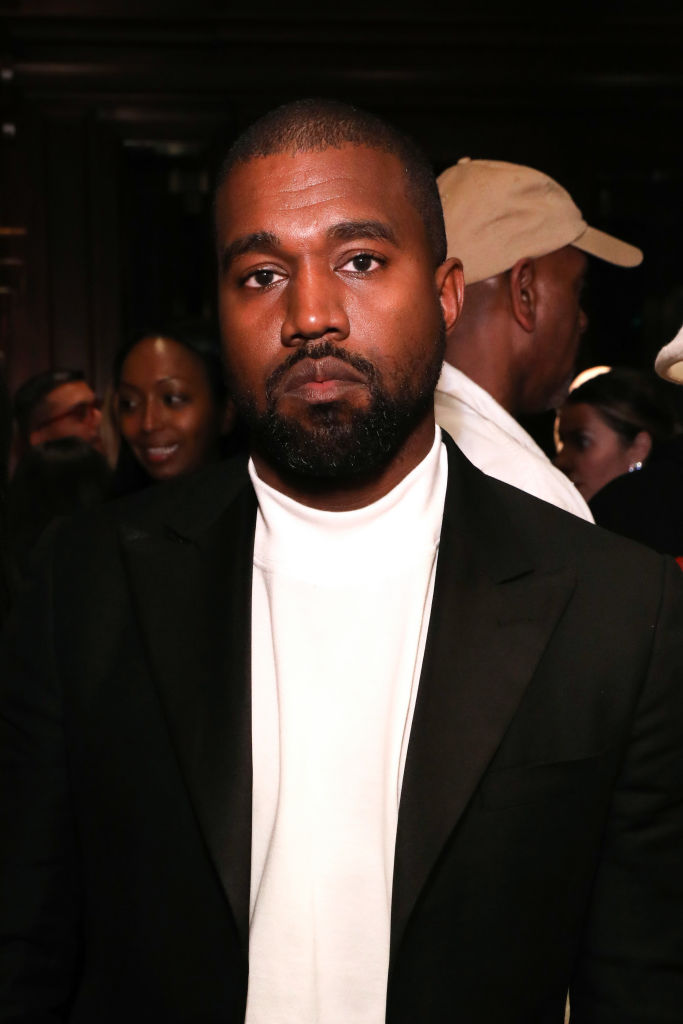 Kanye Omari West is an American rapper, singer, songwriter, record producer and fashion designer. He had begun his career in the early 2000s as a producer and his first solo rap album, The College Dropout had released in 2004. He is the owner of a multi-billion dollar sneaker brand, Yeezy, which he had started in a collaboration with Adidas and is now associated with Gap. Over his years-long career span, according to Forbes, his net worth is estimated to be 130 crores USD in 2021. 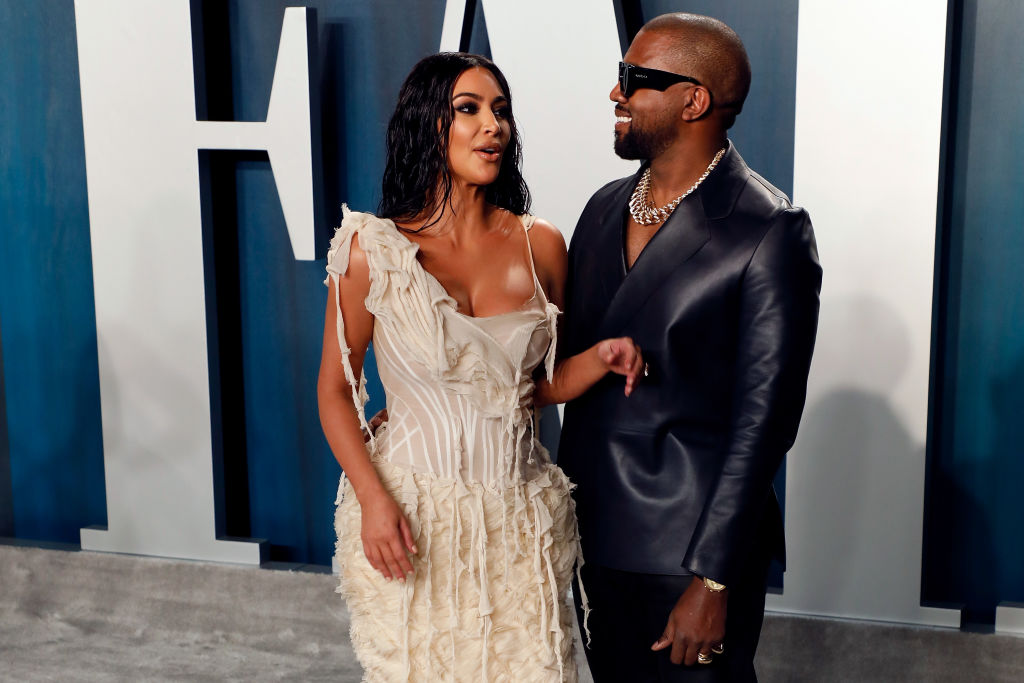 Kim Kardashian was married twice before getting married to Kanye West. Kim had met Kanye in 2003 when she was still married to her first husband, Damon Thomas, who is a music producer. During the 10th anniversary special episode of Keeping Up With The Kardashians (KUWTK), Kardashian had said:

“I met him I think in 2002 or 2003. He was recording a song with Brandy, and I was her friend. I vividly remember hanging out with him, and then they did a video together, so I’d see him a few times. He was asking his friends: ‘Who is this Kim Kardajan?’ He didn’t know what my name was.”

Through the 2000s, both Kim and Kanye had dated different people and had remained friends. They had even appeared together onscreen for the first time in 2008. 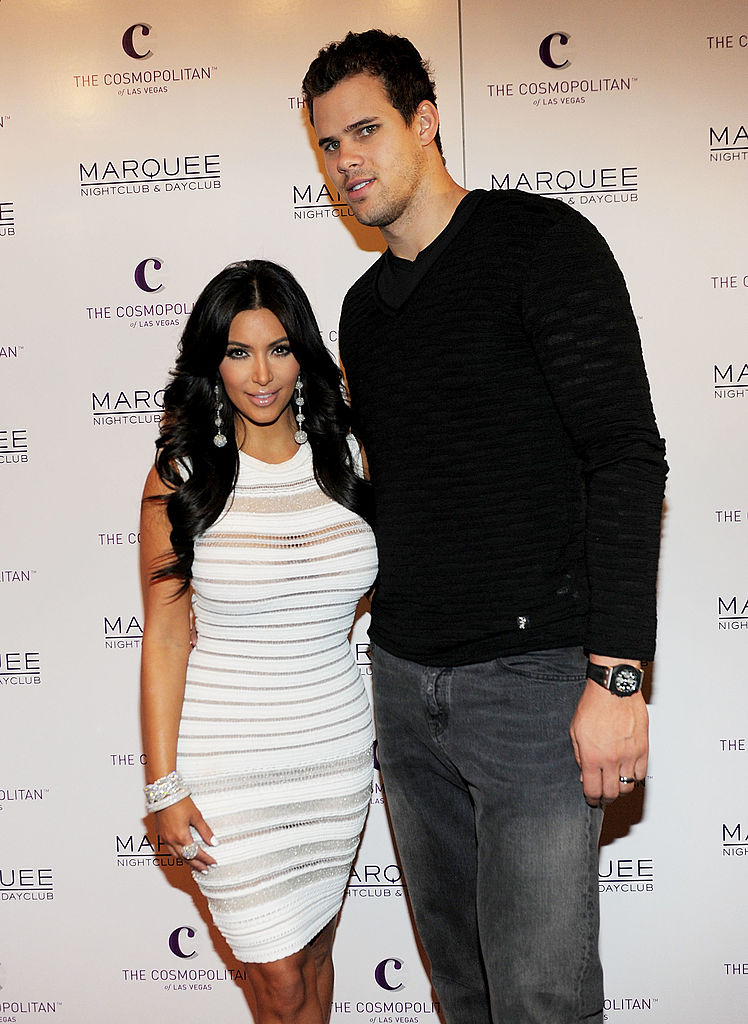 Kim Kardashian had married NBA pro, Kris Humphries in August 2011, only to call it quits after 72 days of their married life. In the anniversary special episode of KUWTK, Kim had recalled how her divorce from Kris had helped her discover her feelings for Kanye. She had said:

“Right before I got married to Kris Humphries, [Kanye and I] were talking, and I just went a different direction. I think I had to go through that to figure out what I wanted. After my breakup, I was feeling really low and down and he said, ‘Just come to Paris and see my fashion show.’ He jokes that he put on this whole fashion show just to get a date with me. So I went there and I stayed with him, and that’s where we started dating. I swear from the moment I landed, I fell madly in love with him and I thought, ‘Oh, my God, why didn’t I do this sooner?’ Like, this is what real life is like — love and fun and real support.”

Must Read: Nicholas Cage Ties The Knot For The Fifth Time To 31 Years Younger Riko Shibata In Las Vegas It was in December 2012, when Kanye had announced that Kim was expecting their first child as he had referred to her as ‘baby mama’ during a concert. During the anniversary special episode of KUWTK, Kim had shared that her first pregnancy was unplanned and she had “randomly got pregnant.” It was on June 15, 2013, that Kim had given birth to their first child, a baby girl, whom they have named North. 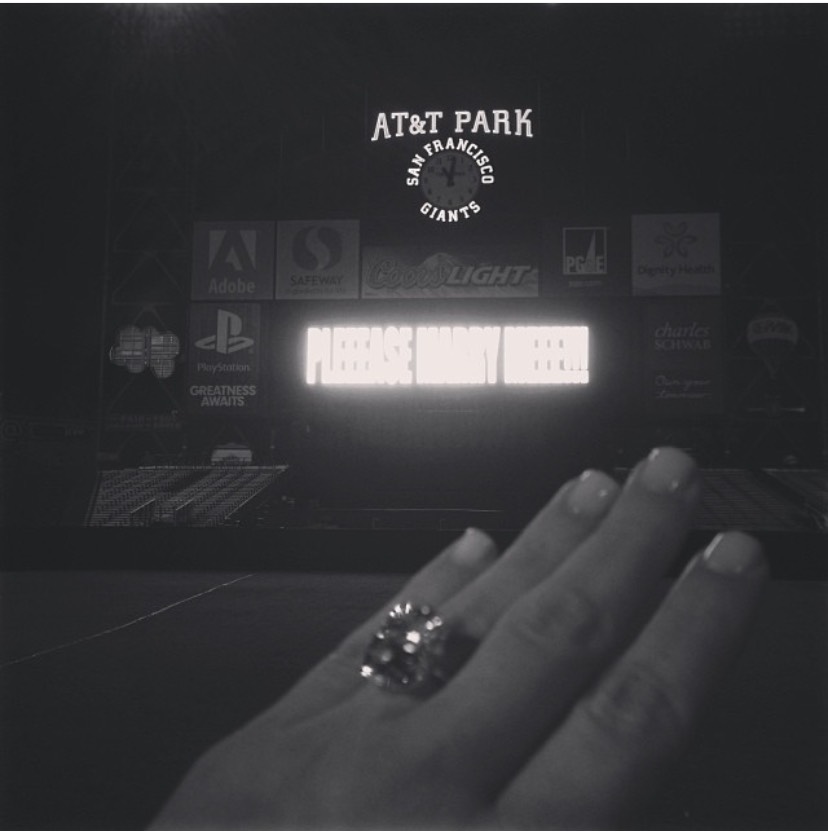 It was on October 21, 2013, when Kanye had made a grand proposal for his ladylove in front of her family and close friends. He had rented out the entire baseball stadium in San Francisco to propose to Kim on her 33rd birthday with a gorgeous 15-carat diamond ring. With an orchestra playing her favourite song, Young and Beautiful, Kanye on his one knee, and “PLEASE MARRY MEEE!!!” written on the big screen, there was no chance that Kim would have said no! In a conversation with Vogue, Kim had talked about the grand proposal and had said:

"Literally, he is the most romantic person I've ever heard of! The lights go on and they start playing my favorite Lana Del Rey song, 'Young and Beautiful' from The Great Gatsby. It just reminds me of us." It was on May 24, 2014, when Kim and Kanye had officially exchanged the wedding vows in a ceremony held at Forte di Belvedere, a 16th-century Italian fortress. While Kim had looked heavenly in a Givenchy lace wedding dress worth USD 1,78,000, Kanye had looked handsome in a black suit. Their kissing in front of a floral wall picture from their wedding had broken all the records on Instagram. It was in December 2015, when Kim and Kanye had welcomed their second child, a son, whom they have named Saint. Kim had struggled with the complications while giving birth to Saint, similarly, as she had faced during the birth of their daughter, North. In her shapewear brand, SKIMS’ video, Kim had revealed that she had to undergo multiple surgeries after giving birth to her second child, Saint. She had said:

“When I was pregnant with my daughter North, I had a condition called preeclampsia or toxemia, which is basically when the mom’s organs start to shut down. The only way to get rid of that is to deliver the baby.”

Also Read: Kim Kardashian Shares She Was Compared To A Whale During First Pregnancy And Body-Shaming Experience

Kim And Kanye Opted For Surrogacy To Welcome Two Kids 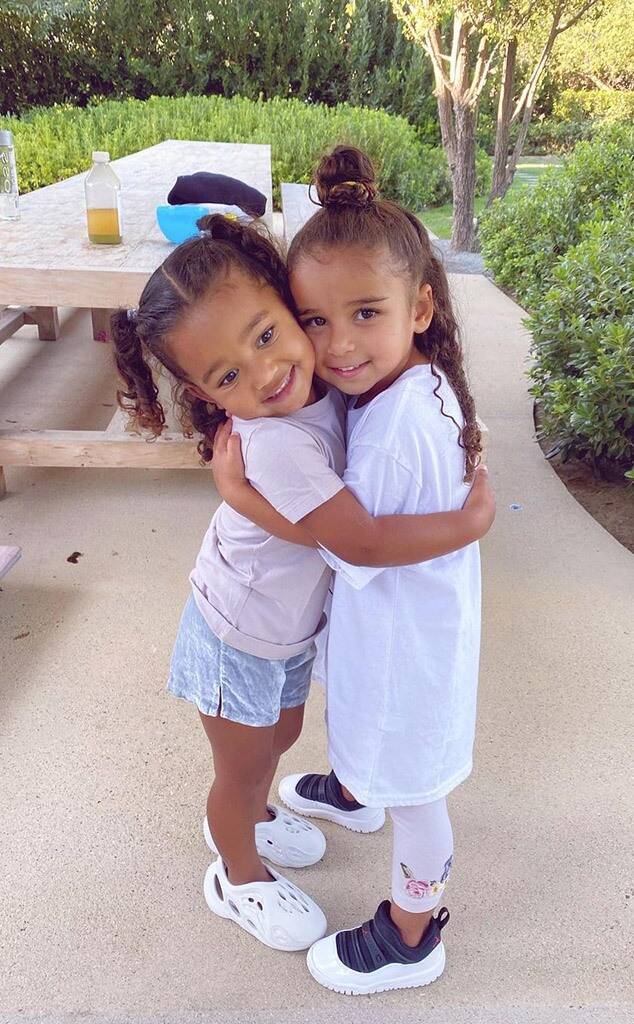 While Kim wanted to have more children, her doctors had urged her to avoid another pregnancy, keeping her conditions in mind. After two difficult pregnancies, Kim and Kanye had decided to opt for surrogacy and had welcomed their daughter, Chicago in January 2018. In May 2019, the couple had welcomed their fourth child, Psalm, via surrogacy. Kim had announced the birth of her fourth child on her Twitter handle with two tweets:

"He’s also Chicago’s twin lol I’m sure he will change a lot but now he looks just like her." 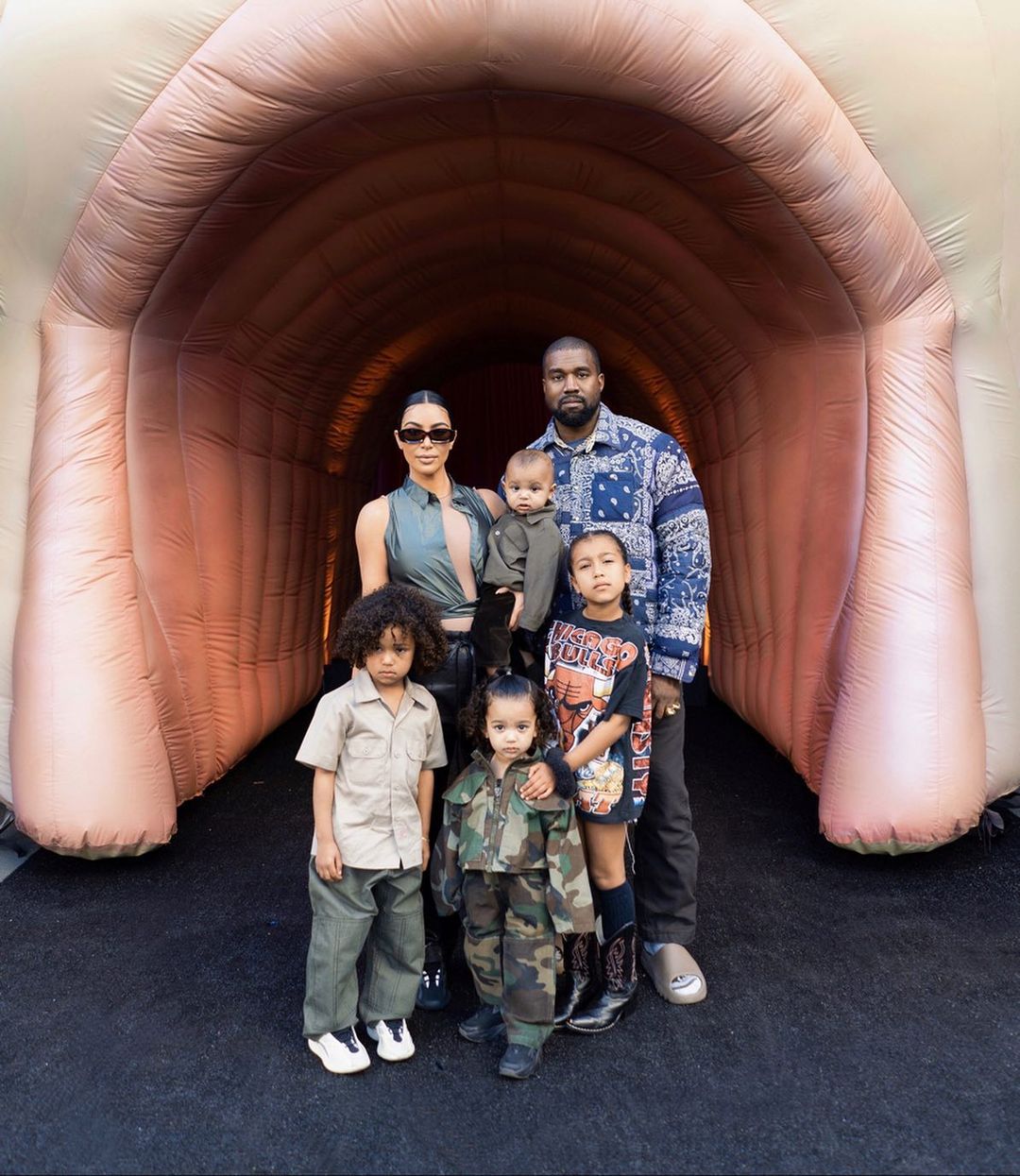 It was in January 2021 that the divorce rumours of Kim and Kanye had started doing the rounds and on February 19, 2021, Kim had filed for a divorce. According to a report in TMZ, as a part of the divorce settlement, Kim is keeping the $60 million Hidden Hills mansion in California, which she had shared with her now-estranged husband, Kanye and their four kids, North, Saint, Chicago, and Psalm. It was quoted that the decision was for the “much-needed stability” of their kids. According to the ET source, Kim had asked for joint legal and physical custody of their four children and Kanye is fine with it. The two are planning for co-parenting. Another source told the portal that their kids are their first priority:

"Kim filing for divorce from Kanye is just a formal part of the process. The couple has been done for a while and has been amicable for a while. At the end of the day, Kanye and Kim love each other immensely but knew it was time to call it quits. Their children are their number one priority and no matter what will maintain a positive relationship for them."

Recommended Read: Justin Bieber Shares A 27 Years Old Picture When He Was A Newborn To Celebrate His Birthday

Kim Kardashian and Kanye West’s love story teaches us that sometimes it is good to call things off rather than hanging on to them and wait for them to turn uglier. 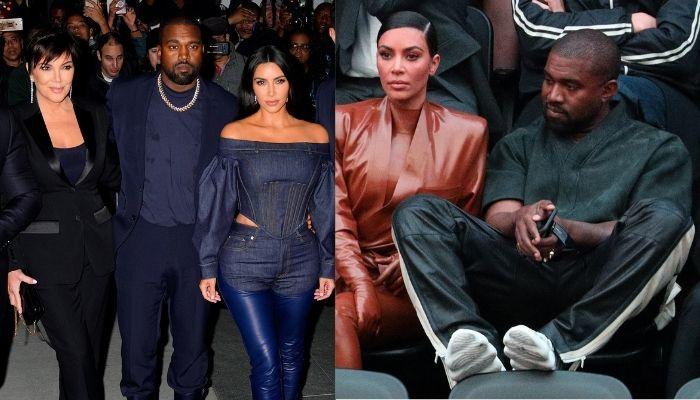 Fashion goddess and businesswoman, Kim Kardashian and her estranged husband, rapper, Kanye West's divorce was indeed a shock. Kim and Kanye were the IT couple, who had broken the internet now and then with their appearances. However, the couple has parted ways, and it seems their divorce is going to be as