Bigg Boss season 9 fame’s lovely couple, Prince Narula and Yuvika Chaudhary entered the holy bliss of matrimony on October 12, 2018. It is believed that the ones who fall for each other in the Bigg Boss house is just for TRPs, but Prince and his princess, Yuvika proved it otherwise and took their relationship a step ahead. The couple had a lavish and grand wedding and the PriVika fans couldn’t stop gushing over their royal looks. (You May Also Like: Priyanka Chopra Shares A Dreamy Picture With Fiance Nick Jonas Hugging Him With All Love)

Before jumping on to their honeymoon, let us share with you how Yuvika and Prince announced that they are taken. Both the lovebirds took to their official social media handles and shared lovely snaps flaunting their engagement rings. While Prince captioned the picture as, “Thanku baby thanku so much still can't sink in me that you said yes to me and you are my mine forever now lovers for life #engaged and yes one one thing mehndi laga k rakhna doli saja k rakhna lene tujhe a gori aye ga Tera prince.” Yuvika, on the other hand, wrote, “Can’t believe this just happened love you beba #forlife thank you for asking me. for holding my hand. for believing in us. for being my partner for forever n beyond.cheers to US. to new beginnings. and to a lifetime of love n memories. Forever Yours. always.” 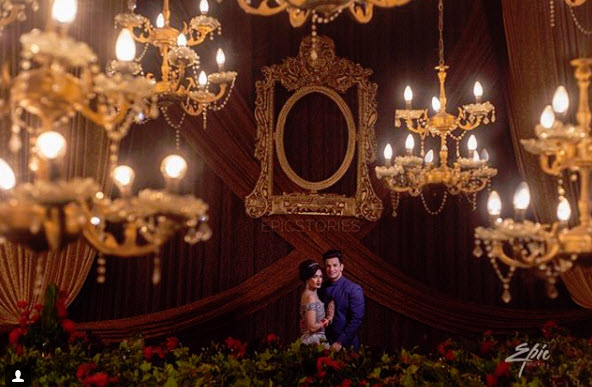 After all the festivities and celebrations, and even after hosting a grand and star-studded wedding reception, the couple left for their honeymoon yesterday on October 23, 2018. The newbie husband and wife are having a gala time together in the Maldives, which they have chosen as their honeymoon destination. They are so happy being with each other that ever since they were snapped at the airport, Prince and Yuvika have been sharing videos and pictures, whilst they explore the beautiful place. Check it out here:

Not just Instagram stories, Yuvika and Prince also posted snaps on their respective profiles. The princess shared her solo picture wherein she can be seen enjoying the dip in the pool. She captioned the snap as, “My escape is to just get in a boat and disappear on the water with @princenarula #Maldives”. Prince, on the other hand, shared two couple pictures and along with them wrote, “Sunsets are always better on a cruise and even prettier with my wife next to me @yuvikachaudhary. #Maldives”. Here are the pictures we are talking about: For the ones who don’t know, Prince has always been (in fact, from their Bigg Boss days) very frank and open about his feelings towards Yuvika. Once in an interview, he had expressed, "I've been dating her in my head for a long time. I added the female portion to this song so she could sing it with me. I've loved her since Bigg Boss and initially thought it was one-sided till she explained that she needs time. I've told her that whenever she is ready, we'll take the relationship forward."  (Also Read: Alia Bhatt's Pics With Ranbir Kapoor, Rishi Kapoor And Neetu Kapoor In The US Is Pure Family Goals) On the other hand, Yuvika too shared her feelings, but she has always been very picky with her words. She once said, "I won't deny that we enjoy each other's company. He's always been true about his feelings and is a genuinely nice guy. But any girl will take the time to think about it before committing.” Nonetheless, after the proposal and the official announcement, Yuvi (as her close pals and Prince call her) shared the details about how Prince popped up the question. She said, “We were fighting like mad until yesterday. I had no clue he was secretly planning to propose to me because he was behaving so weird in the past few days. He was arguing on silly things, initiating random fights.” (Checkout: Deepika Padukone-Ranveer Singh Didn't Announce Their Wedding Date Earlier Because Of This Reason) 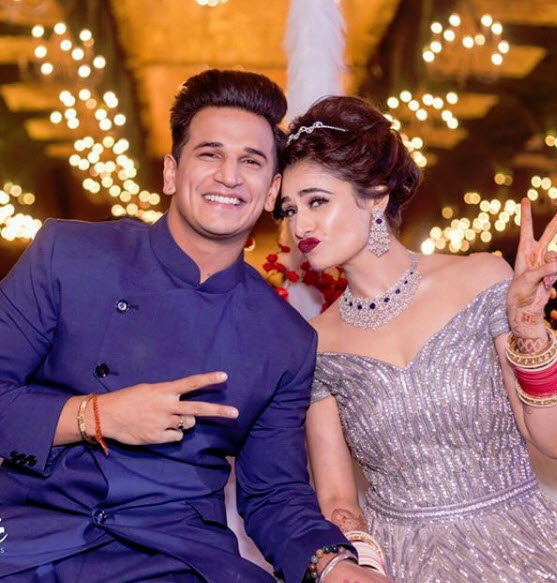 She further added, "So I was like okay then I don’t see a future with you, I think we are not meant to be together. But despite saying this, Prince refused to calm down. Instead, he too seconded my thoughts and was like Ya I think our relationship is going nowhere…we should end it. I was shocked to see this side of Prince. I even told him you have changed, you are not the same Prince I have known all these years.” 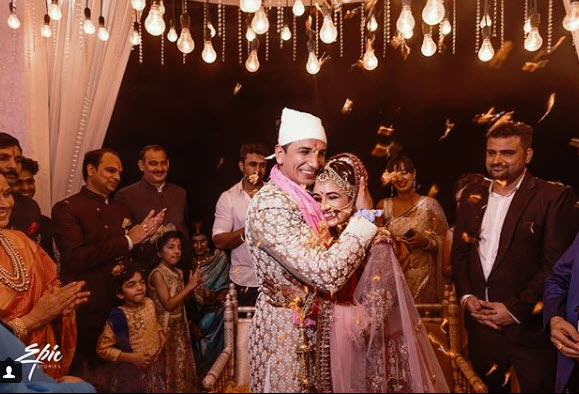 Prior to all this, there was a video of actress and couple’s close friend, Kishwer Merchant went viral, in which she said that Prince has already proposed to Yuvika. Clarifying the same, Yuvika told, “Prince would always try different ways to propose to me. That day also he did the same by going down on his knees and all but the ring exchange only happened yesterday and I am so glad it finally happened. He is the best thing that has happened to me.” (Suggested Read: Deepika Padukone's Ex-Boyfriend, Siddharth Mallya Reacts On Her Wedding With Ranveer Singh) 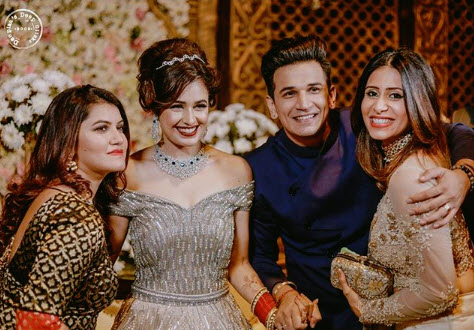 Initially, Yuvika didn’t think Prince to be the right guy for her. Sharing all this and how even her mom didn’t side her, Yuvika remarked, “I spoke to my mom and told her that listen, I don’t think Prince is the right guy for me but strangely even she didn’t side me and only had good things to say about Prince. She was like, “Isse Accha Ladka Nahi Milega”. That’s when I got more irritated because here this guy is agreeing to call it quits and there my mom cannot stop praising him. It was only after Prince proposed to me in front of both our parents at Taj(Mumbai) last night is when I realised that okay, he has involved everyone to make this proposal the most memorable one for me.”

Heartiest congratulations to Prince Narula and Yuvika Chaudhary on getting married! Keep sharing your honeymoon pictures with us.