Pregger, Sonam Kapoor Wishes Hubby, Anand Ahuja On His B'Day, Says 'You're Going To Be The Best Dad'

Pregger, Sonam Kapoor Wishes Hubby, Anand Ahuja On His B'Day, Says 'You're Going To Be The Best Dad'

Sonam Kapoor and her hubby, Anand Ahuja are the epitome of couple goals. Check out the mommy-to-be wished her hubby in the cutest manner!

Bollywood actress, Sonam Kapoor and her hubby, Ananad Ahuja are couple goals, and they never shy away from expressing their love for each other. The couple has completed four years of marital bliss, and they are going stronger with each passing day. Sonam and Anand adore each other, and their social media posts are proof of the same.

For the unversed, Sonam Kapoor and Anand Ahuja had tied the knot in a beautiful ceremony on May 8, 2018. The wedding took place in Mumbai, and it was attended by who's who of the Bollywood industry, along with the couple's closest friends and family. Ever since then, the two have been shelling out major relationship goals. Moreover, the couple is all set to begin their journey of parenthood as they are expecting their first child together.

Recommended Read: Dimpy Ganguly Shares A Priceless Photo With Her Three Kids From Labour Room, It's Too Cute To Handle 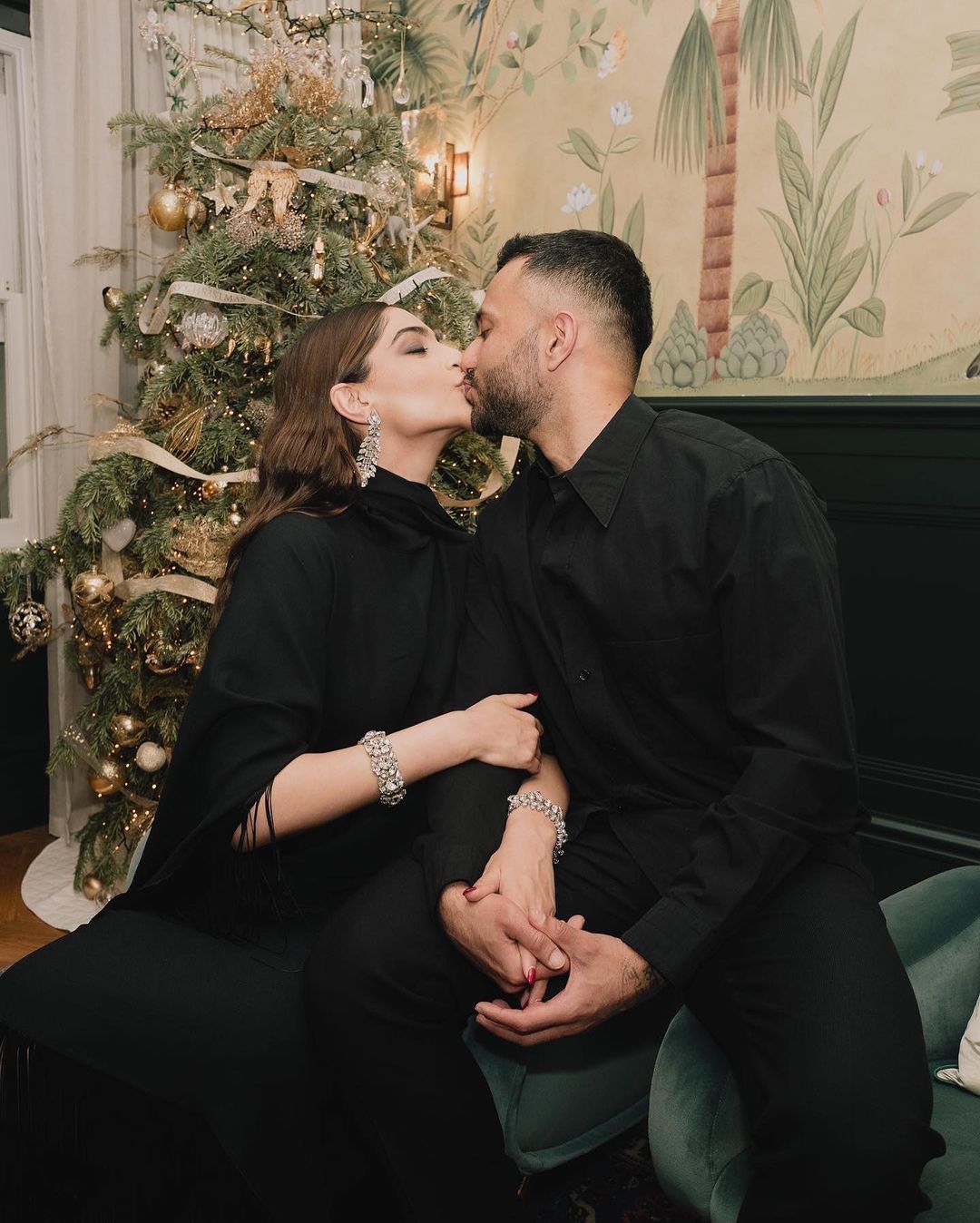 On July 30, 2022, Anand Ahuja turned 39, and his darling wife, Sonam Kapoor wished him in the most sweetest way. The actress shared a series of stunning pictures with her hubby, Anand, and it was everything phenomenal. While one picture showed Anand dressed as a groom for their wedding, in the other one, he can be seen playing basketball. Another picture showed him posing with his wifey, Sonam as they twinned in pantsuits, and the fourth one featured a monochrome portrait of Anand.

The couple’s stunning photos won our hearts, however, it was the pictures from their maternity shoot that caught our attention. In the priceless photos, the parents-to-be posed for the lens in the most adorable manner, and it simply melted everyone's hearts. Along with it, the soon-to-be mommy penned a heartfelt note for her hubby, Anand, and shared that he is going to be the best dad. Her note can be read as:

“My Husband, you’re selfless dedicated and so kind. I must have done something very right in life to be loved so unconditionally. No one compares to you and no one ever will. Happy Birthday my sneaker obsessed, basketball fiend and spiritual seeker soulmate. You will always shine the brightest, because your light comes from pure goodness. Also, you’re going to be the best dad, because you’re forever a student. Love you love you love you. #everydayphenomenal #birthdayboy.”

On the other hand, Anil Kapoor also wished his son-in-law, Anand Ahuja, with a beautiful post. The actor shared a series of pictures of the birthday boy and penned a heart-melting note to make Anand's day much more special. Anil shared that he believes that Anand is going to be a phenomenal father and revealed that he's excited to join him and Sonam on the new journey in their lives. His note can be read as:

“Happy Birthday to the soon-to-be father @anandahuja! I speak with some experience when I say that this new phase of your lives is going to be the best one yet, and I just know that you're going to make a phenomenal father! We can't wait to share this incredible journey with you and see you live, grow and love through it... Love you my friend, son and son-in-law!”

As Sonam Kapoor had turned a year older on June 9, 2022, her hubby, Anand Ahuja had shared some love-filled posts for her and had revealed the secrets from their happy married life. Anand had taken to his IG handle and shared two throwback pictures as he and Sonam spent some beautiful time together. In the first picture, the duo was seen walking hand-in-hand amidst nature, and the second picture showed the beautiful wife happily hopping and flaunting her wide smile. Along with the pictures, Anand had penned a long note wishing the best birthday to his darling wife, Sonam. An excerpt from the same could be read as:

"Happy Birthday to my best friend, my partner, my girlfriend, my wife, and this year our baby's mama." 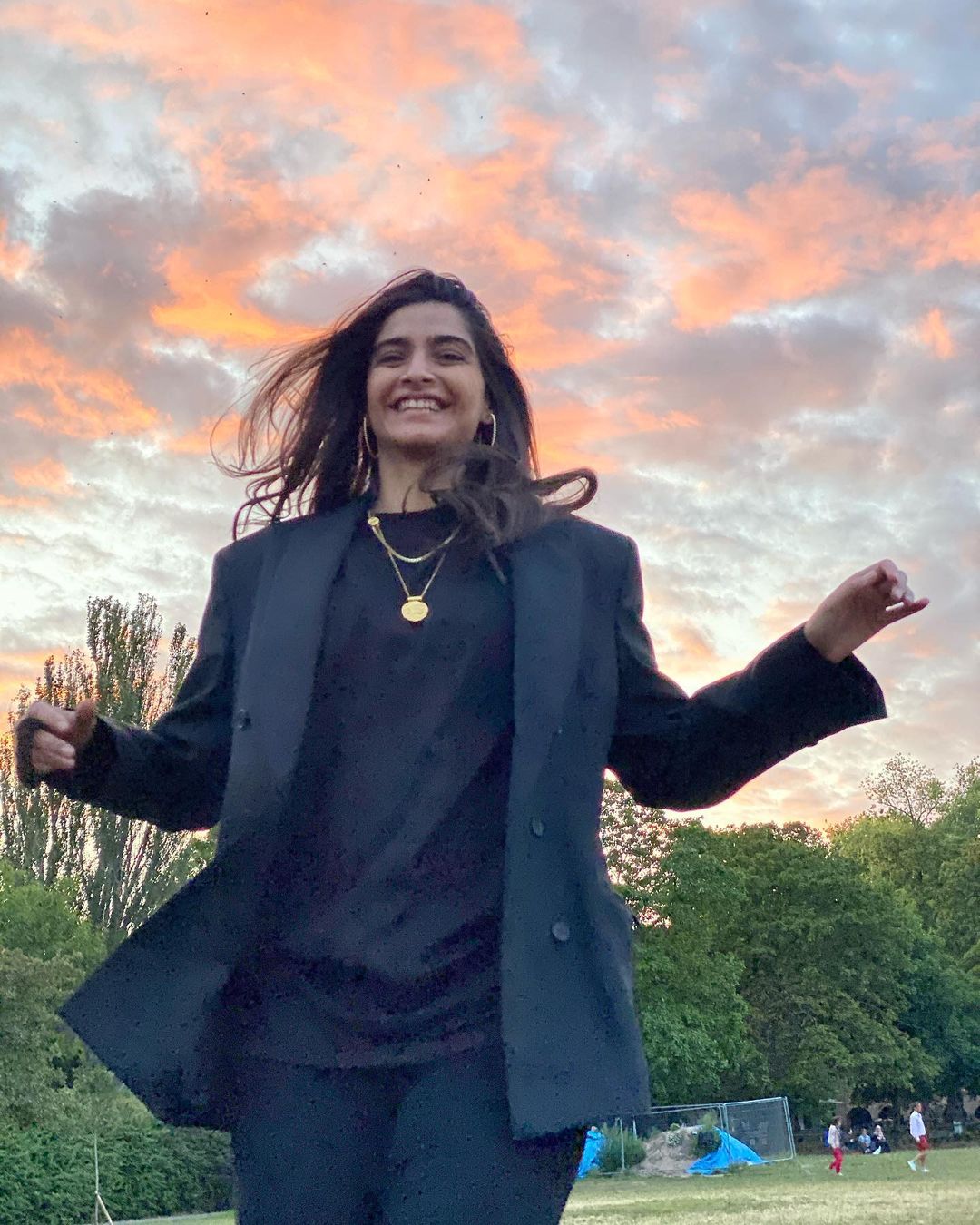 Sonam Kapoor's Hubby, Anand Ahuja Buys Matching Sneakers For Their Little One, And It's Too Cute 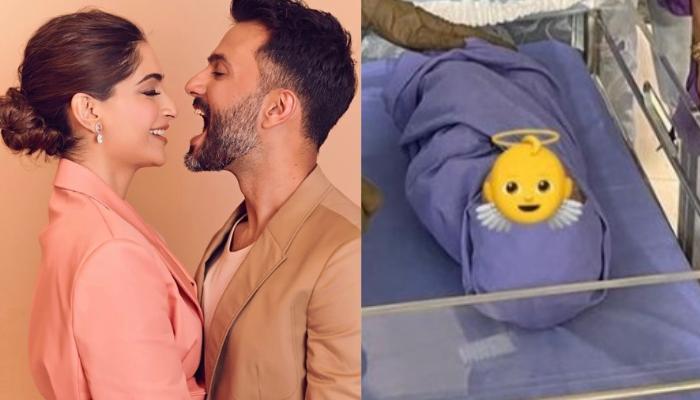 The feeling of becoming parents is not just a feeling, it is a whole new experience. From gently lifting your baby in your arms and changing diapers to feeding them, the feeling of welcoming a little one to one’s family can some times be heartwarming. Newbie mom, Sonam Kapoor has