Every day, we are getting a new piece of information to share with our beloved readers. Be it a celeb wedding or some other celeb having a baby, happiness is just pouring in from all the sides.

'Dahleez' Fame Harshad Arora Is In Love With His Co-Star, Says She Is Very Special To Him

Vishal Singh's Girlfriend, A Single Mom, Surprised Him With A Tattoo On His Birthday

And amidst all the celebrations, we are back with another surprising good news for you. Cupid has struck another telly couple. Actually, it struck them a long time back, but it has just come to the fore. Also Read: Deepshikha Nagpal And Kaishav Arora Are Giving A Second Chance To Their Marriage

Pracheen Chauhan, the famous actor who has starred in many TV shows like Kasautii Zindagii Kay, Hatim, Maat Pitah Ke Charnon Mein Swarg among various others, is dating another famous telly actress. And the lucky girl is none other than Chhavvi Pandey of Silsila Pyaar Ka. The two have been dating for a long time now, but not many people knew about it. Chhavvi who earlier worked in Life OK’s hit show Ek Boond Ishq, was rumoured to be dating her co-actor from the same show, Viraf Feroze Patel. But, both her and Viraf denied the news.

You Might Like: Roshni Chopra's Little Sister Deeya Had A Blast At Her Bachelorette With Her Girlfriends

Pracheen also has a long list of the women he dated before Chhavvi, which includes names like Archana Taide and Megha Gupta. But, now it is certain that Pracheen and Chhavvi are together. A source close to the couple had once told a leading online portal:

Chhavvi and Pracheen have been dating each other for quite some time now. And they do hang around with a common set of friends. However, they are not inclined towards talking about their relationship.

Well, this is truly a surprise, isn’t it? Do See: Vinny Arora And Dheeraj Dhoopar's Wedding Celebrations Kick Off With A Rocking Sangeet Ceremony

But, although the couple might have initially decided to keep their relationship under wraps, they are now very open about their feelings for each other. They regularly post cute coupley pictures on their Instagram profiles with adorable captions. Take a look at some of their best moments: 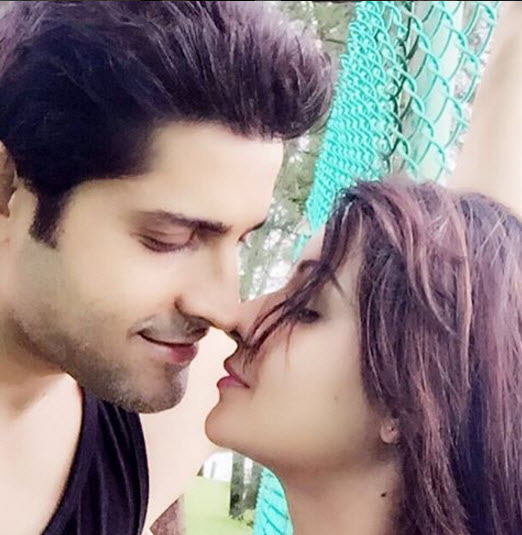 Recommended Read: You Definitely Did Not Know That This 'Sasural Genda Phool' Fame Actress Is Married And A Mother Of One

Congratulations, Chhavvi and Pracheen. May you guys be as happy and in-love with each other as you are now. In fact, we hope your bond grows stronger with each passing day.