Pooja Batra Confirms Her 'Arya Samaj' Wedding With Nawab Shah, Reveals How Love Brewed Between Them

Pooja Batra Confirms Her 'Arya Samaj' Wedding With Nawab Shah, Reveals How Love Brewed Between Them

Since a while, a lot has been said and written about Pooja Batra and Nawab Shah’s secret wedding. Finally, Pooja confirms her marriage with Nawab and reveals how love brewed between them. Taare Hai Baraati, Chandni Hai Yeh Baraat, Saaton Phere Honge Ab Haathon Mein Le Ke Haath, Jeevan Saathi Hum Diya Aur Baati Hum… this special moment came into the former Miss India International and Virasat fame, Pooja Batra’s life once again. Anyone who grew up in the 90s will surely remember her! The leggy lass, Pooja had swept everyone off their feet with her vivacious smile but despite starring in over 20 films, we will always remember as the cute and adorable girl from Virasat. (Also Read: Splitsvilla 10 Winner Baseer Ali Finds Love Again In A Grey-Eyed Beauty, Shares An Adorable Picture)

Pooja Batra had married orthopaedic surgeon Dr Sonu S. Ahluwalia in Los Angeles, California in 2002 but due to irreconcilable differences, they had filed for divorce in 2011. But who said love doesn't knock on your door the second time? A few days back, stories about her secret wedding had started flooding the social media after Don 2 star, Nawab Shah had posted a video on Instagram, with Pooja flaunting her red bridal chooda. Since then, a lot has been said and written about Pooja and Nawab’s secret wedding.

Finally, in an interview with the Bombay Times, the newly-married, Pooja Batra confirmed the wedding news with the love of her life, Nawab Shah. Speaking about her extremely private Arya Samaj wedding, Pooja said, “Yes, we are married. Nawab and I exchanged vows in Delhi, with only our families in attendance. Our loved ones kept asking us why we were delaying it (the marriage). I was simply going with the flow, but then I realised that he is the man I want to spend the rest of my life with, and there is no point in delaying it any further. So, here we are. We had an Arya Samaj wedding, and we will register our marriage this week.”

When asked about her first meeting with Nawab Shah and how romance brewed between them, Pooja Batra replied, “I knew of Nawab by virtue of being in the same profession. However, we strongly connected after we were reintroduced by a common friend in February this year. I guess we reconnected at the right time in our life. We were in the same space emotionally and hit it off instantly.” (Also Read: Shaheer Sheikh Pens Down A Heartfelt Note For Brother Raies Sheikh On His Wedding, Posts Unseen Pics) Revealing what connects them the most and what qualities she likes in him, Pooja Batra continued, “I have always respected and liked Nawab, and this time around, I was open to the idea of getting to know him better. A part of me wanted to see if there could be something beyond friendship between us. We share emotional and intellectual compatibility, and we don’t have to explain too much to each other. I like the fact that he is a family person.” 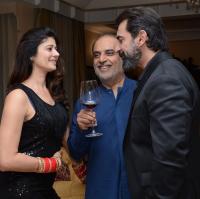 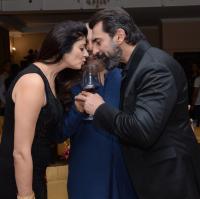 Pooja Batra admitted that her husband, Nawab Shah is more romantic than her. So, how romantic was his proposal? Pooja retorted, “During the initial days of our relationship, there was this one time when he came to pick me up at the airport, and according to him, he wanted to pop the question right then. However, he got nervous and dropped the idea (laughs!). He was ready to propose to me soon after we met. Eventually, he proposed to me in Delhi, and again when he came to meet my parents with his family.” 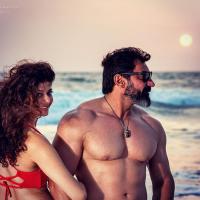 Speaking about the tough phase of her life, when she had got divorced from her husband for nine years, Dr Sonu S. Ahluwalia, Pooja Batra stated, “Everybody goes through phases. I survived one of the most difficult ones, as I was alone in a foreign country. But then, that’s life, isn’t it? You learn as you grow and your mindset also changes with time. Life is all about learning and getting better. Every relationship is different, what works for one couple might not work for another. But what I have realised with time is to be respectful towards your partner, because what you give is what you receive.” 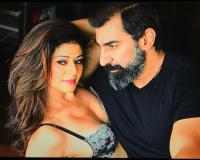 While some sources had cited the reason behind Pooja Batra and Dr Sonu S. Ahluwalia’s divorce as irreconcilable differences, some had reported child issue to be the root cause of their differences. One report had stated, "Pooja and her husband are separated and will be filing for divorce in Los Angeles. She moved out of Sonu's house a few months ago." On the other hand, another insider was quoted as saying, "Sonu is famous doctor in Los Angeles and a fantastic guy. He brought her a lovely home and a swanky car and was paying for her acting and make up classes. They may be splitting up. Pooja wants a career in Hollywood and has been going for auditions, though matters haven't been exactly going her way. When they came down to Mumbai in 2010, they looked very happy together." (Also Read: Anita Hassanandani Reveals She Will Plan A Baby With Husband, Rohit Reddy Post 'Nach Baliye')

Much love and power to you Pooja, we hope to see you back on the screens soon! 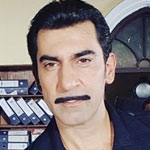 Love by chance, married by choice! Well, that's the kind of love we all crave for. While some may call love a cliche but in reality, we all wait to experience this kind of love in our life. It is anecdote of a dull and boring life. Many think that