Pinkie Roshan is a doting mother to Hrithik Roshan and Sunaina Roshan. Her recent dance to one of Hrithik's songs on Sunaina's birthday bash has won our hearts.

A mother is not just restricted to play a single role in her children’s life. From playing the role of a doting mother to be her child’s best friend, a mother portrays multiple roles for her tiny tot. She makes sure to be her child’s confidant and help him/her at every juncture of life. Whether it is being their secret keeper or being their emotional anchor, she is somebody whom her children trust blindly. They know, whatever happens, their mother will never turn her back on them and will always take that extra step to protect them. (Also Read: Radhika Merchant Slays Chikankari Lehenga By Abu Jani Sandeep Khosla And It's Worth A Million Hearts)

Hrithik Roshan’s mother, Pinkie Roshan shares a similar bond with her children, Hrithik Roshan and Sunaina Roshan. Along with being a mother to them, she is also their best friend with whom they can share anything. From cheering for her children’s achievements to standing like a pillar of strength for them throughout their difficult phases, Pinkie Roshan is a perfect exemplar of a doting mother. Be it Hrithik’s separation from his wife, Sussanne Khan or Sunaina’s personal issues with the Roshans, Pinkie had always respected her children’s decisions. Pinkie Roshan is a doting mother and there is no denial to it. She has recently proved her dancing skills too. While scrolling through her Instagram page, we stumbled upon a video of Pinkie putting her best foot forward at the birthday celebration of her daughter, Sunaina Roshan. Not just this, she was seen swaying to the beats of her son, Hrithik Roshan's song, Ghungroo from the film, War. Pinkie looked adorable with a traditional Rajasthani turban on her head accompanied by her two other friends. She also shared a picture with Sunaina from the birthday bash and wrote, “#fun birthday night#magical day#turban feel is awesome#Indian beanie#.” On the picture, Hrithik commented, “May you always be surrounded by love.” 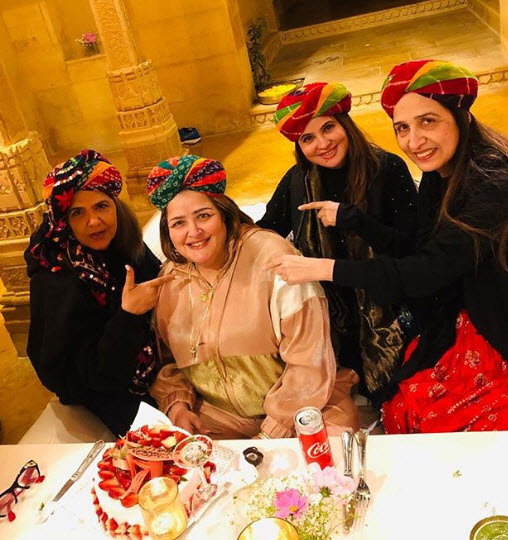 On January 10, 2020, Hrithik Roshan had celebrated his 46th birthday and it was his mother, Pinkie Roshan who had posted a heartfelt note for him. She had taken to her Instagram handle and had shared some unseen pictures and had written, “Today I share these never before seen images with a heavy heart. However, it is not heavy with regret, sadness or concern. It is heavy from the immense love that flows through it, with each blood cell empowered by the immense gratitude I feel to be Duggu’s mother. We set an example in the way we behave, we instil character in our children, support and encourage them, but what happens when their compassion, strength and courage outgrows that of the parent?” (Also Read: Birthday Girl Shehnaaz Gill Unveils The Reason Why She Ran Away From Her Home On Bigg Boss 13) 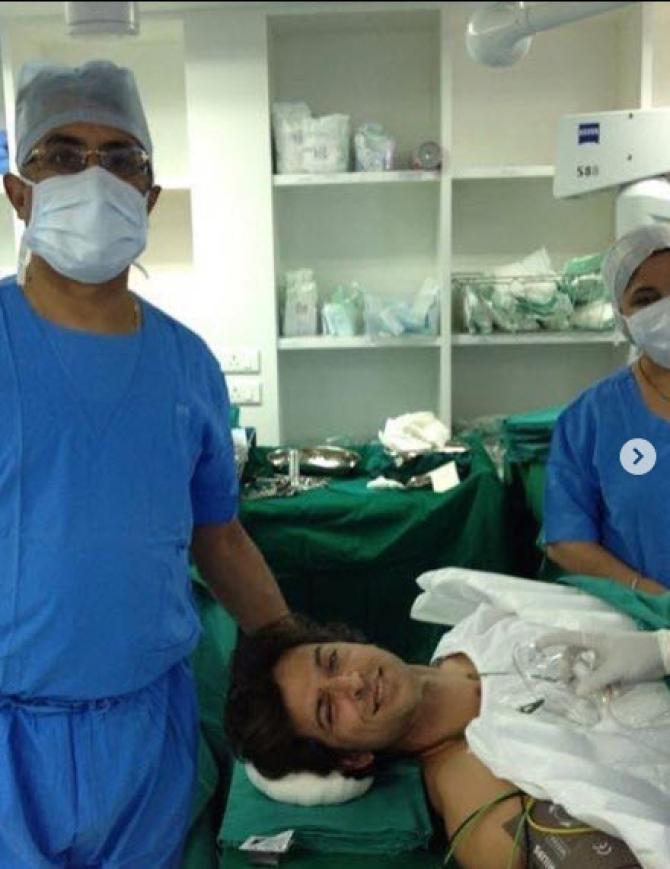 Pinkie Roshan’s note could be further read as “What happens when everything you hoped to be, aspired for in terms of strength and inspiration is right before you in the eyes of your own son? Before Duggu was going for his brain surgery, I was almost fainting. Palpitations in my heart, blood pressure high, prayers on my tongue, I felt every inch of me was overwhelmed with a shadow of concern. Seeing my son so vulnerable physically in the hands of the doctors made him seem as helpless as a newborn and he was again those same beautiful eyes looking up at me just as the day he arrived in the world. The eyes had no fear, no worry, no stress. I saw my reflection in them and found his strength empowering me and my own being changing because of his courage and determination to beat this. There has never been a challenge Duggu hasn’t faced head on and failed.” She had praised her son and had written, “His power of mind is his superpower and the beauty of it is that it inspires all around him too, giving us strength. As he saw the sadness in my eyes, he winked and as if by magic he made me smile. A warmth enveloped my entire being as if I was bathed in light. A smile and a wink was all it took for me to feel reassured, energised, inspired and confident that he would be OK. Look at these pictures and those eyes. Does this look the face of a man about to have major brain surgery? No, it looks like someone who has already conquered it. The small child I had carried for 9 months, given birth to and held in my arms was now cradling me in his and returning all the strength and love back to me and I gave him a million blessings in that moment.” (Also Read: Anshula Kapoor Pens An Emotional Note For Her Mother, Mona Kapoor, Remembering Her Special Smile) 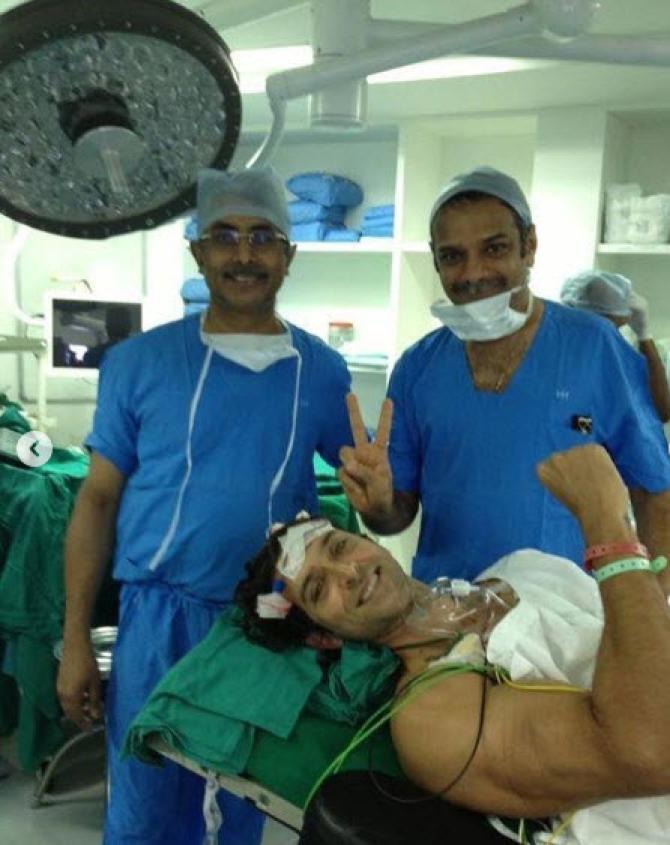 Isn’t Pinkie looking adorable with her dance moves? What do you think? Keep us posted. Actor, director, producer and screenwriter of Hindi cinema, Rakesh Roshan needs no introduction. Son of noted music director, Roshanlal Nagrath, Rakesh had begun his career as an assistant director. After making his debut with Ghar Ghar Ki Kahani, Rakesh had gotten roles in women-oriented films. In the formative years, when