From our telly land, there are so many couples who give true relationship goals and they are one of the most talked about. Yes, we are talking about Yeh Hai Mohabbatein fame, Divyanka Tripathi and Vivek Dahiya.

Recommended Read: Delhi Witnessed A Royal Wedding Of This 'Rajkumari' With The 'Maharaja' Of 'Patna' Divek, as they are known by their fans, have been enjoying their marital blissful life. The couple took their wedding vows on July 8, 2016, in an intimate ceremony in Bhopal. It was literally a grand affair and one of the well-known weddings of the telly world. In case you missed the beautiful proposal by Vivek to his then bride-to-be Divyanka, this is what she shared:

“We went to Bangalore and it was the first time Vivek was meeting my parents. Though we were aware of our feelings, I never thought that he will take a step further. My birthday falls on 14 December and my mother’s birthday falls on 13 December. So, after celebrating my mom’s birthday, we went out for dinner. I was expecting that after coming back home, I will get some surprise but, never expected something grand like this.”

“When I entered my home, I witnessed the entire place was brightly decorated with light and flower petals. At the end of the passage, Vivek was standing with a t-shirt in his hand. The speciality about the t-shirt was, on one part it was written that ‘You are an answer to every questions’, while on the other it was written that ‘Divyanka marry me’. Moreover, the words he said I will never forget those. He stated that I have everything that one can gift, the only I don’t have is commitment and he was ready to present me with that. It is one of the unforgettable moments of my life. I was waiting for this day for my entire life”. Isn’t this the cutest proposal ever? We are totally swearing by it. Coming back to multiple requests from Divek’s fans to talk about their recent trip to a lovely romantic gateway, Italy, the actress finally spilt the beans on their memorable journey with husband Vivek. In an interview with SpotboyE, when asked about who chose the destination like Italy, this is what the actress, Divyanka said:

“Both decided. We both wanted to go to some place in Europe which we had never explored. We did not want to go to a cold place specifically, yet a destination which is more relaxing. I was keeping very busy at that point -- so I wanted to break away, relax, let my hair down. That’s when we concluded that we must go to Italy. We did a lot of research and Amalfi Coast especially Positano was beautiful. From there, we went to Sicily.  The people there are so warm. I must say, we had a pleasant stay.” She also mentioned that she loves Italian food being a vegetarian and what she loved the most about the place was its less populated and people are very warm. Coming to the most interesting part of their trip, out of curiosity, when asked about the gift Vivek gave her, during their romantic trip; her answer will make you believe that they both are truly madly in love. 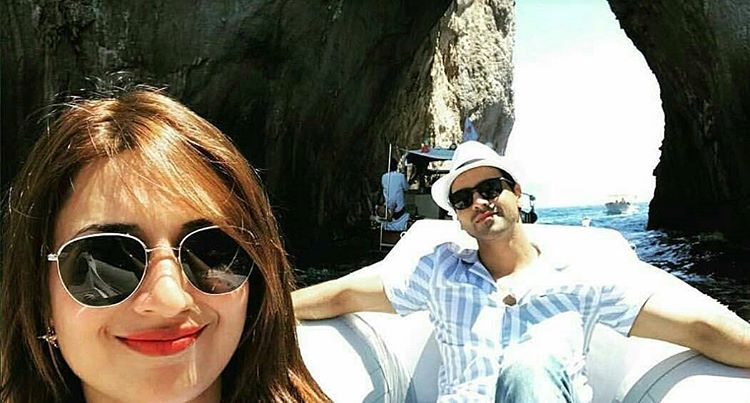 This is what she adorably said:

“(Laughs) Himself. What could be better than him? Isn’t it? When he was with me, I needed nothing else. He has gifted me a lot of other things but they very are small in front of the company I had.”

Isn’t this the best reply a husband can get from his wife? They both are actually special to each other and so is their bond.

Also Read:  Shashi Kapoor's Tragic Love Story: Once A Superstar, Who Went Into Depression After His Wife's Death

About the most romantic moment in Italy with Vivek, Divyanka retorted:

“Every moment becomes special when you are with the person perfect for you. Vivek and I had a great time together. We grew closer and learnt a lot about each other. It was indeed the best romantic getaway for us.” Divyanka and Vivek have always been open about their relationship and for those of you who have missed, they had shared an interview where these two lovebirds talked about their marital bliss, how their life has been going after marriage and their family planning. Check out the entire interview here.

Aww…. aren’t they just too cute to handle! We envy you, lucky lady. Team BollywoodShaadis wishes Divyanka and Vivek years of happiness and lifetime of togetherness like this. All you guys, stay tuned for all the latest updates on your favourite couple from the telly world.