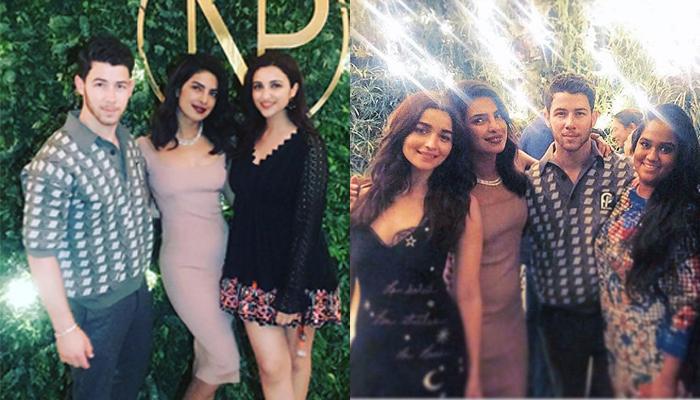 If one were to ask where the most rocking party took place last night on this planet, we would definitely say it was Mumbai. Yes, you guessed it right! It was Priyanka Chopra and Nick Jonas engagement party. After their morning roka ceremony, PeeCee and Nick hosted their engagement bash and you would thank us later as we have got for you the inside pics and videos. (Also Read: Priyanka Chopra And Nick Jonas Engagement Bash Look, Slayed It With Simplicity)

Who’s who of Mumbai arrived last night to grace the occasion. Name any celebrity from the tinsel town and they were there. Alia Bhatt, Parineeti Chopra, Arpita Khan, Aayush Sharma, Mukesh Ambani, Nita Ambani, Isha Ambani, Sanjay Leela Bhansali, among others were present and made the entire event a starry one.. Can’t wait to see the pics and videos? Well, without further ado, here are the pics and videos from Priyanka Chopra and Nick Jonas engagement party: 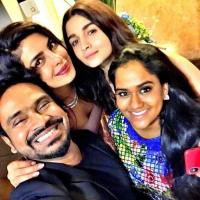 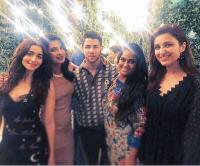 Wow! Are you feeling like you should also have such an amazing party on your engagement? Clearly, PeeCee and Nick have set the bars rather high. A while ago, we brought to you the story of Priyanka Chopra and Nick Jonas engagement party look. The couple simply slayed it with simplicity. Take a look: 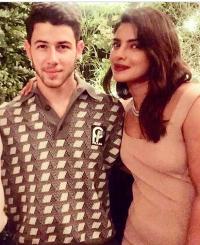 Now, speaking of the celebrities who were present at the starry event last night, the one who stands out is Parineeti Chopra, as she also happens to be Priyanka’s cousin sister. Yesterday, she took to her Instagram handle and posted a heartfelt message for her elder sister after the latter’s roka ceremony. She wrote, “Today I witnessed magic and a fairytale ... When we were kids, mimi didi and I used to play “ghar ghar”. We would pretend to be shy brides, have imaginary children, and serve tea to our husbands! cheesy, but its because we always believed in the magic of love and hoped we would both find that perfect man for us one day!! Today there was no pretending. I cant think of a more a perfect man for her”. (Read More: Parineeti Chopra Twinned With Sister Priyanka Chopra On Her Engagement, Posts A Heartfelt Wish)

Her post could further be read as, “Like I said this morning, there are two ways of judging a human being. One - travel with them, and two, eat with them. Nick, I have done both with you. And so I know you’re perfect for her!! Love her, because she loves you like mad! Protect her, because shes strong, but a soft soul inside. I love you both and wish you all the happiness forever!!!!! HAPPY ROKA AND FUTURE WEDDING!!”.

Yesterday, after her roka ceremony, Priyanka took to her Instagram and sharing the following picture, wrote, “Taken... With all my heart and soul”. Nick also shared the same pic and captioned it as, “Future Mrs Jonas. My heart. My love”. Take a look: 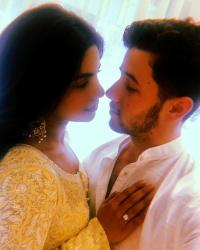 Earlier, the relationship rumours between Priyanka and Nick sparked off when Nick took Priyanka to one of his cousin’s wedding. An online tabloid had then reported, “They’re very happy. It’s getting serious. It’s a huge deal that Nick brought Priyanka to his cousin’s wedding. He’s dated a lot over the last couple years, but it’s never been anything serious, so this is a big step”. (You May Like: Nick Jonas Parents Have Got The Most Precious Gift For 'Bahu' Priyanka Chopra? [Pics Inside])

Well, after a long wait it’s finally official. Guys, what do you feel after seeing the pics and videos from Priyanka Chopra and Nick Jonas engagement party? Do let us know in the comments section below. 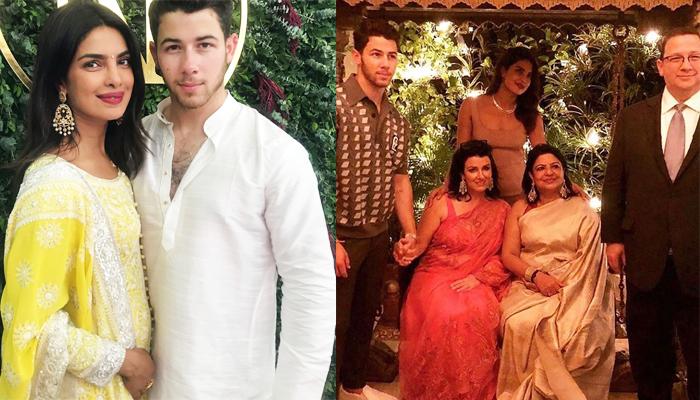 We all know that Priyanka Chopra and Nick Jonas are now officially engaged. On August 18, 2018, Nickyanka had their traditional roka ceremony at Priyanka’s residence in Mumbai. Putting aside all the rumours and speculations, the couple is now ‘one and together forever’. (Also Read: Priyanka Chopra Dances Crazily At Her