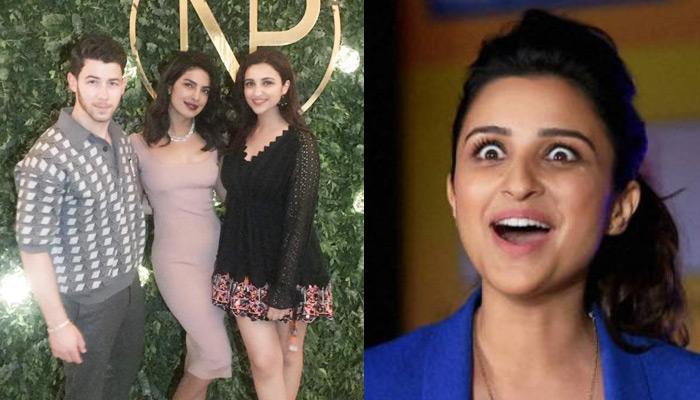 One of the most stunning couples of showbiz, Priyanka Chopra and Nick Jonas, make everyone go green with envy, courtesy the fact that they make the most compatible couple. Talk of their social media PDA, love-filled pictures or respect for each other’s traditions, PeeCee and Nick score full marks on all these counts. Nick proposed Priyanka on her birthday on July 18, 2018, and the lovebirds made it official on August 18, 2018, after a traditional roka ceremony that held in Mumbai. (You May Aso Like: Parineeti Chopra Wrote This Text To Nick Jonas When She Found Out Priyanka Chopra Is Having Bad Day)

As many of you might know that Priyanka shares a very close and cordial bond with her cousin sister and actress, Parineeti Chopra. More than Priyanka herself, it’s Pari (as her close friends and family call her) whose excitement level is high. So much so, that more than the bride-to-be, it’s Parineeti who talks quite often about her preparations and joota chupai plans at her dear sister’s wedding. It seems difficult for her to keep calm, which is fair enough! 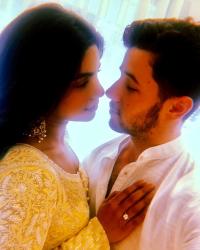 All this while, Parineeti had only shared that she has made all the plans to steal Nick’s shoes, but she never revealed the amount for returning the shoes. So yeah, here it is! Sharing the details in a light-hearted chat with Bollywood Hungama, Parineeti was quoted as saying, “I was sitting with Nick only two nights ago and I was telling him that we needed to lock in our final amount. I quoted $5 million. He said ‘OK, I’ll give you $10.” Adding further, she remarked, “So you can see the price negotiation is going to be difficult. But main bahut bahut paise lene waali hoon because I have to be his favourite saali”. 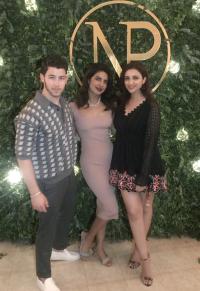 Parineeti has always been quite vocal about Priyanka’s marriage and the fact that she is super-excited. In fact, Pari also shared once that she always wondered who her Mimi didi would marry. In a conversation with Hindustan Times, the Meri Pyari Bindu star retorted, "Just day before yesterday I was sitting with Nick. We were sitting at home chilling and I was telling him how eight months ago, his life was totally different. No one would’ve thought that they were going to be engaged, to be married. And he was also like, this was totally bizarre and unreal. But, I always wondered who Mimi didi (Priyanka) was going to marry.” (Also Read: Parineeti Chopra Will Dance On These Songs At Priyanka Chopra-Nick Jonas' November Wedding)

In an interview earlier with Filmfare, Parineeti had revealed the details about her first meeting with Nick. She said, "She called me one day and said she was coming to India with Nick. I said tell me all about it. Initially, I just knew that there was someone special in her life. But when she told me he was coming to India with her, I knew something serious was going on between them. I met him. There were only eight to ten of us that night. I was the only one from the family, rest were Priyanka’s friends". 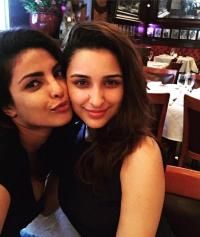 The Namaste England actress also shared the details about Nick’s proposal to Priyanka and remarked, “The day it happened, I was the first one to get a call. But I was part of their story even before it happened. The day he proposed to her, it was her birthday. I got a missed call from her at 3 am. I knew she was holidaying. I Facetimed her. She showed me the ring and I almost fainted. Both Priyanka and Nick (Jonas) were there on call. They were like we had to tell you first. I started crying on the call. It became all emotional and beautiful.” (Also Check: Parineeti Chopra Reveals Why She Thinks Nick Jonas Is 'The One' For Cousin Sister Priyanka Chopra)

As per the latest reports, Priyanka and Nick are allegedly tying the knot in a 3-day affair at a heritage palace in Jodhpur, Rajasthan. A source had revealed to Filmfare, "They will have a limited guest list of 200 people with only their close friends and family in attendance”. Also, as per the reports, the bridal shower of Priyanka is rumoured to take place in New York. “Since a lot of Priyanka and Nick’s Hollywood friends are settled in New York, she is quite excited to have her bridal shower there followed by a grand wedding in Jodhpur,” the source quoted.

Parineeti, we wish all the very best for this important task of joota chupai at Priyanka and Nick’s wedding. We are eagerly waiting as to what actually happens at the event during this ritual, right guys? 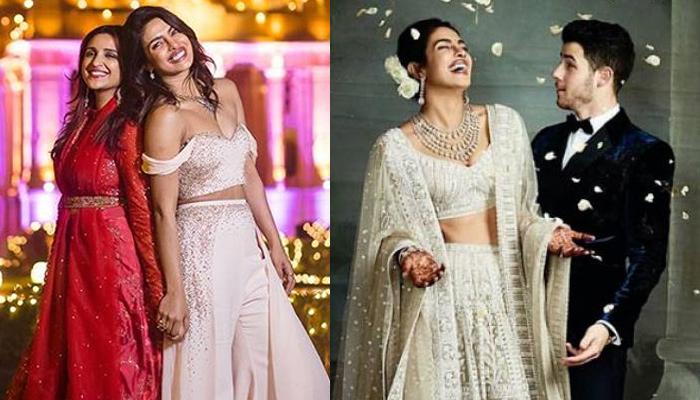 After your elder sister gets married, everyone eagerly awaits to see when you will be the one to follow suit and things are no different with our favourite Bollywood sister duos as well. Speaking about the Chopra sisters in here, Priyanka Chopra got married to her American singer-songwriter beau, Nick Jonas