Pavitra Punia's ex, Paras Chhabra has a lot to say about her and Eijaz Khan's relationship. Scroll down to know it all!

Bigg Boss 13 contestant, Paras Chhabra, who was nicknamed during his time on the show as 'Sanskari Playboy', has entered Bigg Boss 14 as Devoleena Bhattacharjee's connection. Even before entering the house, Paras was a topic of discussion and debate in some initial episodes, as ex-contestant, Pavitra Punia, who's also Paras Chhabra's ex-girlfriend, would talk about him. And this war of words had gone on from both the sides, spilling dirt on each other's names. (Recommended Read: Anita Hassanandani's Hubby, Rohit Reddy Shares The First Glimpse Of His Newborn Baby Boy)

Evicted contestant, Pavitra Punia and Eijaz Khan, who had to leave the show to fulfil his professional commitments, have made their relationship official, and have even expressed the desire to marry each other soon. Now, Pavitra's ex, Paras Chhabra has a lot to say about this. Scroll down to know it all! 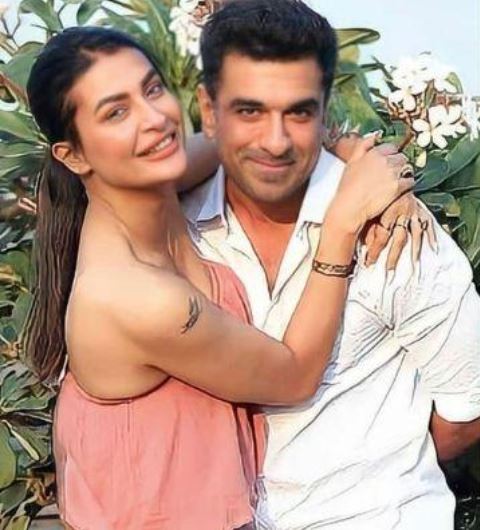 In the recent episode, Paras Chhabra was seen talking to housemate, Rakhi Sawant, who reminded him of the past incident between him and Pavitra. Although Paras tried to let it go and ignore it, Rakhi continued to ask him about the same and said, “Mai to shock hoon.” Initially, Paras asked Rakhi to not talk about it since it has been almost two to three years since his relationship with Pavitra ended. He then went on to reveal some shocking details about the reason behind his breakup with Pavitra. Paras shared that Pavitra was still married when they had started dating and that he had gotten to know about it when her husband had tried to contact him. Paras Chhabra then shared further details with Rakhi. He said, “Uske husband ne mujhe text kiya ek din aur bola, jitni photos daalna hai daal lo, lekin usse bolo pehle divorce le le.” Paras also mentioned that he was surprised at first when Pavitra spoke ill about him before entering the house. He said that it had triggered him, and had eventually gotten him to disclose the truth. Speaking about Pavitra and Eijaz's relationship, Paras gestured and said that he only prays to God for Eijaz. Rakhi said, “Are wo to bechara sapne dekh ke baitha hai shaadi ke.” To which, Paras replied, “Wo hi to main sochta hu. Bhagwan uska bhala kare.” (Also Read: Irfan Pathan's Son, Imran Pathan Is Following His Father's Footsteps As He Does Gyming With Him) 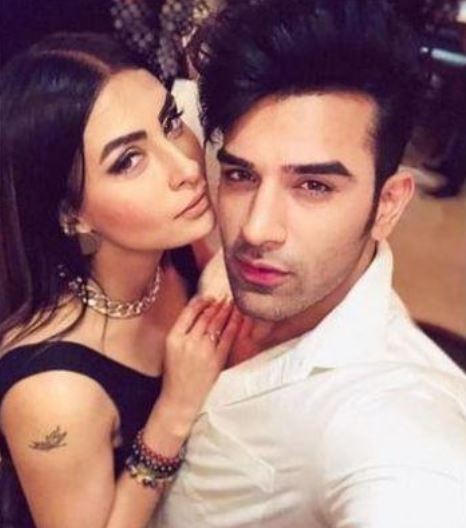 Earlier, in a conversation with KoiMoi, Eijaz Khan had reacted to Paras Chhabra slamming and bad-mouthing his ladylove, Pavitra Punia. Stating that he won’t let anyone malign Pavitra’s image, Eijaz had said, “I’ve been her support, I will not let anyone bad mouth her. I will try and make sure that there is no talk that can affect her in a bad way. Having said that, there is a lot to talk about and there was a lot. All of us have a past, if we dig in, there’ll be one thing that we could go to jail for. Trust me, all of us have that past. If you still don’t, you haven’t seen life. So, I’m not worried about that. I honestly respect it all. We are living in a public parameter, we are public figures. So people will talk, we can choose – what to give light to and validate. We will choose what to react to.” 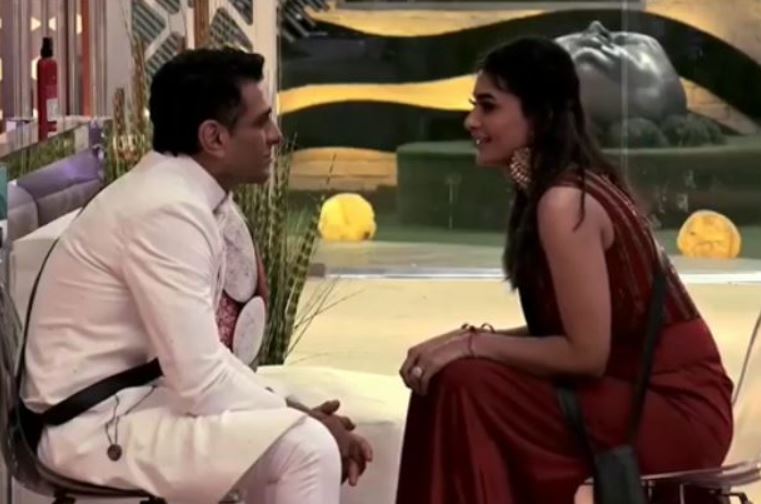 In another interview with Zoom Digital, Eijaz Khan had talked about his relationship with Pavitra and had revealed that he wants to take his relationship forward with her. Stating that he doesn’t want to talk about it in public as he feels ‘Nazar lag jati hai’, he had said, "I think as every human being does, we are no different. Yaar, I don't want to talk about it so much. It will keep coming out in public, they will keep talking about it. Nazar lag jaati hai yaar. Let some things be private. These could be the most beautiful days of our life when I come out of Bigg Boss 14 again. So, I want to enjoy it as much as possible without telling everyone (laughs). Just let us be." (Don't Miss: Aayush Sharma Shares A Monochrome Picture With His Son, Ahil, Shows Off His Fatherly love)

What's your take on Pavitra Punia and Eijaz Khan's relationship? Share with us!