Paras Chhabra Reveals That He Tried To End His Relationship With Gf, Akanksha Puri Many Times

Paras Chhabra and Akanksha Puri's love story has different angles. Scroll down to read both the version as Paras shared a different point on their relationship inside 'Bigg Boss' house.

Bigg Boss, Bigg Boss, Bigg Boss - Salman Khan’s most controversial reality show, Bigg Boss is back with its thirteenth season and has been in the spotlight ever since its first episode had gotten aired. Famous for fights and controversial statements inside the house, Bigg boss ka ghar is also known for its new budding connections and love stories. And this year, it is Paras Chhabra who is getting all the attention from the female co-contestants.

The ‘sanskari playboy’ of Bigg Boss 13, Paras Chhabra’s life has always been in the limelight for his personal life and his love affairs with his co-stars. From Sara Khan to Pavitra Punia, his name had been linked with all his co-stars. But, the on-screen ‘sanskari playboy’ is in a serious relationship with his Vighnaharta Ganesh co-star, Akanksha Puri from last two years. Their mushy social media pictures are proof that the couple is madly-in-love with each other and they have been giving us some major relationship goals. (Recommended Read: Rakhi Sawant's Mystery Husband, Ritesh Gave His First Ever Interview And Talks About Her Pregnancy) 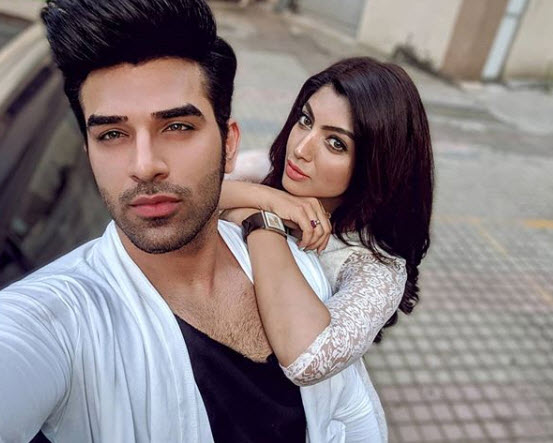 It was one of the promos of Bigg Boss on the social media that had created speculation that there is a love triangle building inside the Bigg Boss house. And, it was Paras Chhabra’s girlfriend who laughed off the rumours. Not even a day after Paras’ girlfriend had laughed off his link-up rumours with Shehnaaz Gill and Mahira Sharma inside Bigg Boss 13 house, Paras has shared some shocking statement about his relationship. In one of the episodes, Paras was seen talking to Dalljeet Kaur and Arti Singh and has stated that he tried to end relationship with Akanksha many times but couldn’t as she would end up in tears and he doesn’t want to hurt her. He also stated that she just comes and sits at his home. 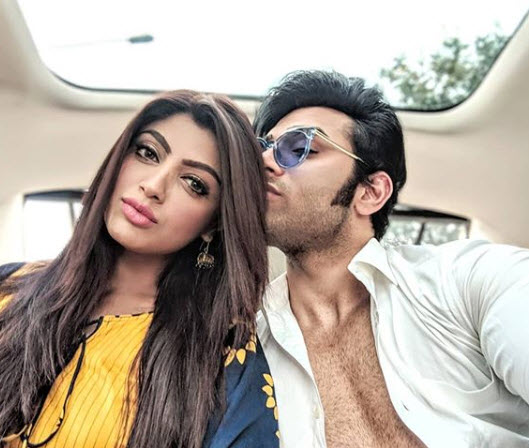 Well, Paras has painted a different picture of his relationship with Akanksha Puri. On the other hand, Akanksha in a recent interview had talked about not getting jealous after seeing girls fighting for Paras. She had said, “We have been in a relationship since last two and a half-a-years and we are mature individuals. We are not teenagers to get jealous or affected by such petty things. I want to be his strength and not weakness. I don't have any qualms even if he is flirting with anyone as I know about his strategy and game plans. I know he is mine and I don't need to worry about anything." 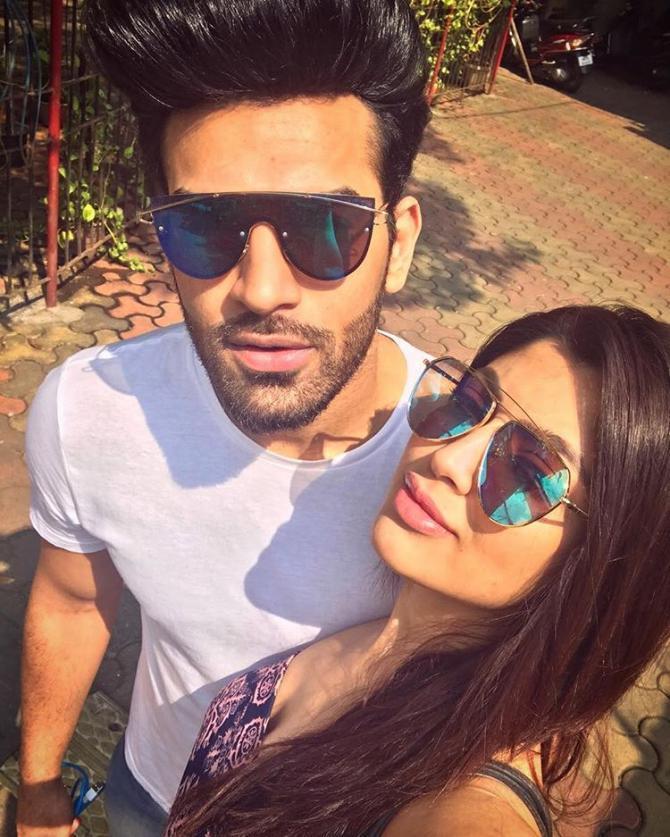 Akanksha had also talked about her reaction after seeing the promo of the then-upcoming episode of Bigg Boss 13 and had said, “I saw the latest promo of Shehnaaz and Mahira Sharma fighting for Paras and I couldn't stop laughing. He is doing a wonderful job on the show. If he is making two people lose their focus from the game and is making them fight for him, then I would say he is a real winner for him. I am thoroughly enjoying myself while watching him on the show." Paras Chhabra and Akanksha Puri are head-over-heels in love with each other and their respective social media handles are proof of the same. To prove her love for Paras, Akanksha had gotten Paras' name tattooed on her wrist. The two had first started dating in the year 2017 but later called it quits due to Akanksha’s compatibility issues. But as they say, if you are destined to be together, things will fall in place. The two later got back into a relationship and have been enjoying their relationship phase together ever since. (Suggested Read: Bipasha Basu And Karan Singh Grover Celebrate Their First Sindoor Khela Post Marriage) 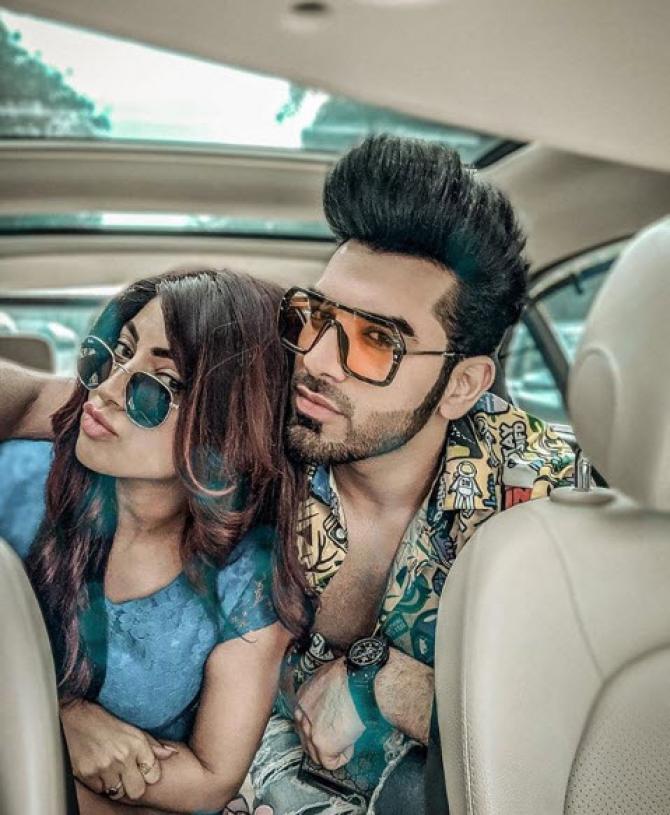 Paras and Akanksha had made their relationship Insta official in October 2018. Akanksha in an interview with BollywoodLife had talked about her relationship with Paras and had said, “It’s been two years since we are together. I’m very secretive about my personal life. I never spoke about our relationship; however, Paras was open about it. We were together for a long time. However, my private nature got between us. This became a little issue between us, as he misconstrued my secretiveness as I’m not sure of the relationship. He started having trust issues as I used to behave differently with him in the public as well.” 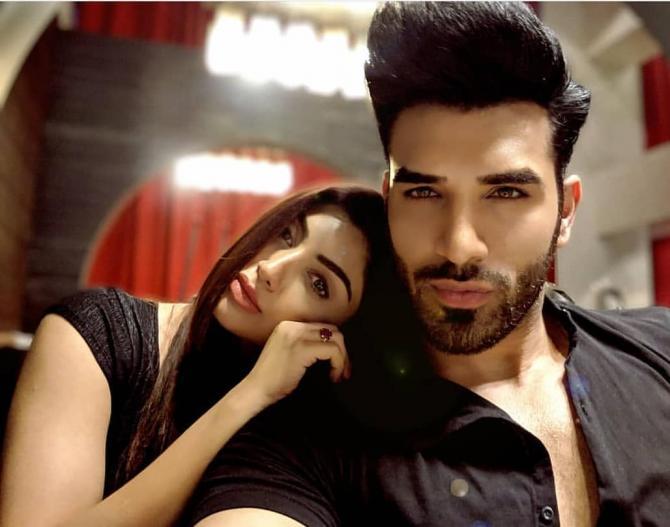 Paras had claimed to be a ‘sanskari playboy’ during the first episode of Bigg Boss 13. Akanksha, in an interview, had stated that she likes his ‘sanskari playboy’ image inside the house. She had stated, “He has played various characters during his TV career. From Duryodhan to Ravan, he has played multiple roles of villains and it is good that he is trending because of his performance on Bigg Boss 13. Not everyone makes it to the trending list, and I am happy, people are loving him as sanskari playboy, villain and is getting appreciated by his fans too. He has already got 100 fans pages made on his name. I am happy that he is moving in the right direction." (Do Read: This Bride Opts For White Bridal Chooda With Sabyasachi Bridal Lehenga, Proves White Is The New Red) Well, we have come across two different stories about Paras and Akanksha’s relationship. Which one do you believe?