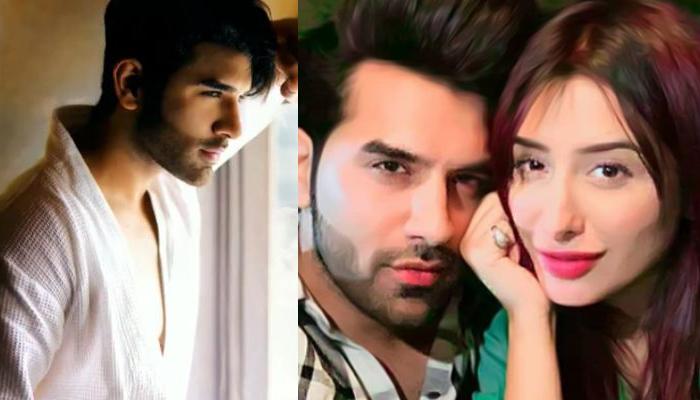 Bigg Boss 13 was done and dusted, the moment show’s winner, Sidharth Shukla had lifted the trophy and cash prize on February 15, 2020. But even then, we come across a lot of entertaining, spicy, and controversial updates from the contestants of the show. However, if there’s any contestant, who is still in a lot of limelight and getting a lot of media attention, then he is none other than, Paras Chhabra. Well, we all know that Paras Chhabra was madly-in-love with his girlfriend, Akanksha Puri and the couple used to share a lot of romantic pictures and mushy captions on their respective Instagram handles for each other. But their relationship had hit rock bottom when Paras Chhabra had entered the Bigg Boss 13 house. (Recommended Read: Mahesh Bhatt's Heartfelt Wish On Daughter, Pooja Bhatt's Birthday Is Pure Father-Daughter Goals)

In the initial weeks, everything was going perfect but the moment Paras Chhabra had started maintaining a close bond with housemate, Mahira Sharma, reports of their relationship had started surfacing on the internet.  A lot of controversies and rumours had started surfacing all over the internet and after a long battle between rumours and reality, Paras Chhabra had finally told Akanksha Puri to move on in her life. On Paras Chhabra’s heart-breaking decision of moving out from his relationship with Akanksha Puri, the actress had also reacted courageously. Now in his recent interview, the television actor has revealed something in the context of his ex-girlfriend, Akanksha Puri and rumoured girlfriend, Mahira Sharma.

In an interview with the TellyChakkar, Paras Chhabra has revealed that he has blocked his ex-girlfriend, Akanksha Puri on WhatsApp. He said, “You won’t believe I have blocked 506 unknown contacts on my WhatsApp and now I have blocked another person who happens to be Akanksha.” The actor then added his thoughts on Akanksha’s statements about him and their relationship in public interviews. He further added, “Let me tell everyone that Akanksha’s chapter is over and I haven’t met her post-finale. I have come across videos of Akanksha and the things that she has spoken about me are untrue and I don’t want to react on it. If a person is suffering from a heartbreak then they wouldn’t flaunt makeup and would be smiling and giving interviews in media.” (Don't Miss: Izhaan Mirza Malik's Birthday Wish For 'Khaala', Anam Mirza Is Everything Love, Asad Surprises Her)

In the same interview, Paras Chhabra has clarified that he didn’t break up with Akanksha just because he got a big show. The actor further added, “I did not break-up with her before taking up Bigg Boss as people would think that just because I got a big show I ended my relationship. I have never spoken ill about her only after when Salman Khan pinpointed in Weekend Ka Vaar.” Besides this, Paras has talked about his rumoured girlfriend, Mahira Sharma and added some fuel into the rumours of him dating Mahira. Talking about the speed-dial on his smartphone, he said that he only has three numbers, out of which two are of his mother and father and the third one is of Mahira Sharma. Well, this isn’t the only reason why rumours of Mahira Sharma dating Paras Chhabra are all over the internet. Recently, some videos and pictures of Mahira and Paras goofing and teasing each other inside a car went viral on the internet. Take a look.

However, Paras has declined his dating rumours with Mahira, time again and in an interview with The Times of India, he had stated, "If there was something more beyond friendship between us, Mahira would have never allowed me to do a show like Mujhse Shaadi Karoge. She is my best friend and we were emotionally and mentally attached. I missed her a lot in the last two days when she got evicted. She will always be my best friend. We stood for each other and were each other's support and I think people liked that loyalty. Mahira is very happy that I bagged this show."

However, Akanksha has also started living her life without Paras and is motivated enough for a beautiful life ahead. The television star had begun her new life by sharing a cryptic post on Instagram on January 20, 2020, in which we could see Akanksha wearing a red saree and looking extremely beautiful. The actress had captioned the picture with some courageous words that can be read as “I am gonna make the rest of my life, best of my life.” Take a look. (Also Read: Janhvi Kapoor Shares An Unseen Picture Of Her Late Mother, Sridevi On Her 2nd Death Anniversary) 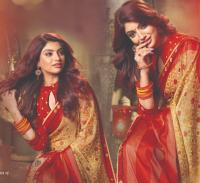 Do you think Paras and Mahira make a ‘beautiful couple’? Let us know.

Bigg Boss 13 has closed its curtains on February 15, 2020, but the controversies are still floating and breathing on the internet. We had witnessed a lot of fights, surprises, shocks, and romances in this year’s show. But all the limelight and headlines were and still belong to one rumoured couple